The box art for The Quick and the Undead, which Thunder Bay's Conor McGoey has launched a Kickstarter for. The game is designed by Toronto's Daryl Andrews and Adrian Adamescu, and will be published by McGoey's company, Inside Up Games. Photo: Conor McGoey/Provided

It started on the back of a pizza box. Now Conor McGoey is launching a kickstarter campaign for his seventh board game. And all this has happened since 2016 10:24

Three-and-a-half years after the launch of his first board game, Thunder Bay designer Conor McGoey is still going strong.

"It's such a treat to be able to bring happiness to people," McGoey, founder of Inside Up Games told CBC's Superior Morning last week. "To have these amazing stories that unfolded every time they open the box."

McGoey's first release was Summit, which proved to be successful enough that he's since added two expansions — first Yeti, then Teams — to the core game.

In the time since Summit dropped, McGoey has designed and released several more projects, including Vault Assault, Gorus Maximus, and 7 Souls.

And now, McGoey has launched a Kickstarter campaign for Inside Up's latest offering, The Quick and the Undead.

It's "actually the first game that I didn't design myself," McGoey said. "All the other games that we've done, I've been the designer for. This one is actually designed by two well-known designers, Daryl Andrews and Adrian Adamescu, out of Toronto, and it is the first time that Inside Up Games, my tiny company, has signed another designer."

Designing games and running his company has become a full-time job for McGoey. 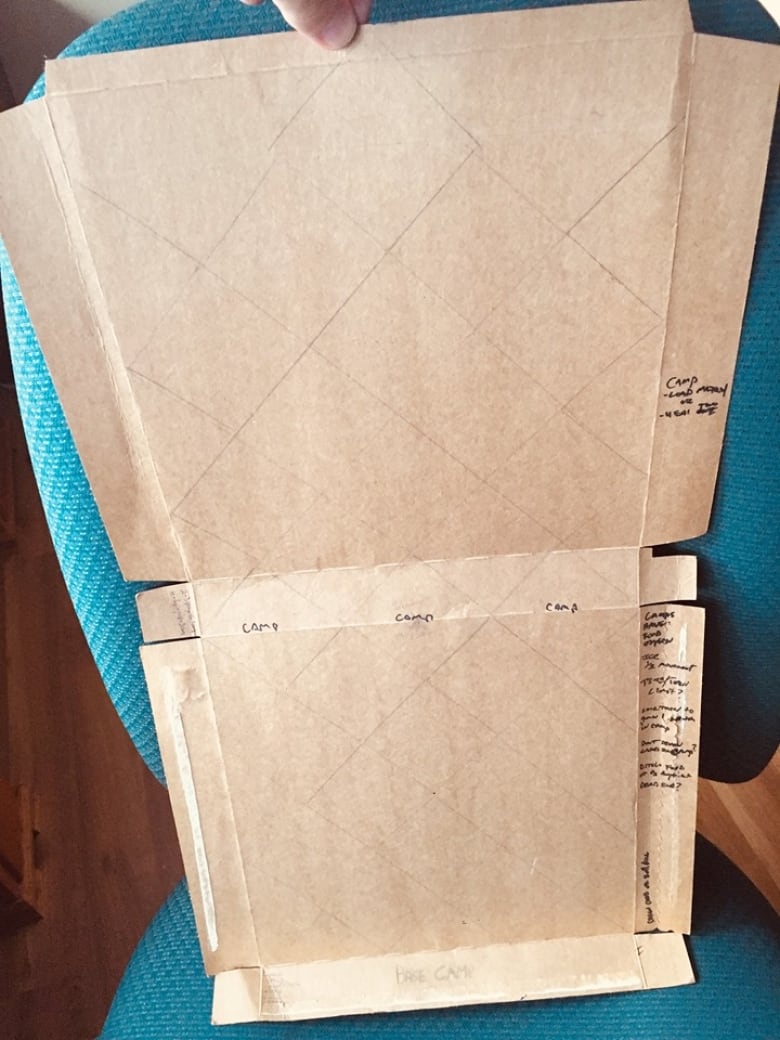 The pizza box on which Thunder Bay game designer Conor McGoey sketched out the design of his first game, Summit. Photo: Conor McGoey/Provided

"It's one of the amazing abilities of living in Thunder Bay," he said. "With our ... lower cost of living that we have in Thunder Bay, and the fact that I can stay home, work from a home office, take care of the kids — my wife now works out of the home, as well — so with that ability, we are able to kind of tighten the belt and focus on what we want to do."

McGoey has built up an impressive network of people who support him and his games, as well.

That includes game testers in Thunder Bay, and a group of volunteer "ambassadors" located around the world.

"I have everything from an amazing editor [who] goes through our stuff, he goes through every rulebook I write, the Kickstarter campaigns, and he finds every single small mistake I make," McGoey said. "I have spare parts ambassadors, so basically if I have Susan in Czechoslovakia who has a cube missing from her game, and she emails me looking for replacements, them I'll have someone within the EU mail out that spare part."

Other ambassadors volunteer at conventions, or host events if McGoey himself can't be there.

To read the original story and hear an audio report of this story, follow this link to the CBC News Thunder Bay website.  https://www.cbc.ca/news/canada/thunder-bay/inside-up-games-1.5344048