Descendants of the elk reintroduced in the Lake of the Woods area over two decades ago have found a home closer to the Rainy River area.

Patrick Hyatt, of Barwick, said he has been getting incredible pictures of elk on his trail cameras that are located north of Stratton.

Hyatt said he started getting pics of the animals three years ago when he began hunting deer in a new area.

"We had seen them off and on," said Hyatt. "But when I started hunting a certain area I started getting more elk pictures than deer." Hyatt said he put his trail cams on a salt lick and near a well used trail.

He said he had numerous pictures and video of elk the past couple years, including three bulls. 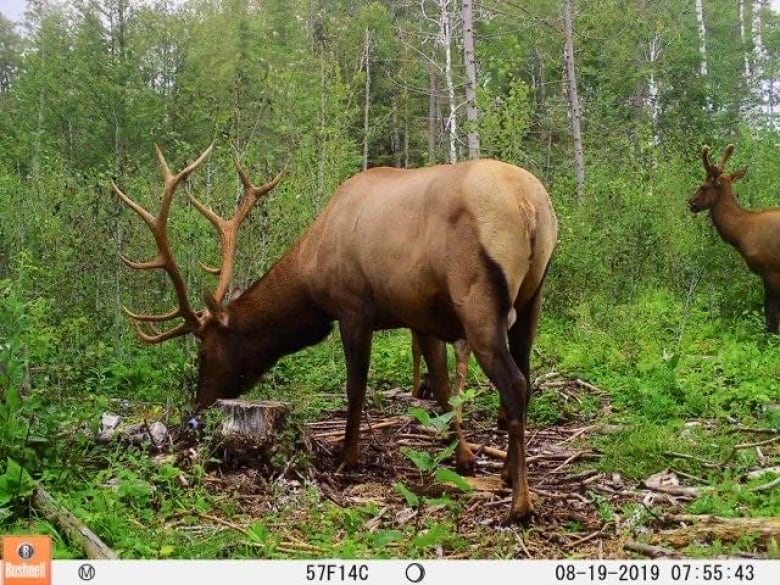 Elk were reintroduced to northwest Ontario in the 1990s, near Lake of the Woods. About 60 descendants of that original herd remain. Photo: Patrick Hyatt

Hyatt said the bull elk are impressive, but he loves to see pictures of the younger ones as well.

"I really enjoy seeing the cows," he said. "Knowing that they are actually reproducing. It's kind of exciting to see in the spring how many calve pictures I can get." 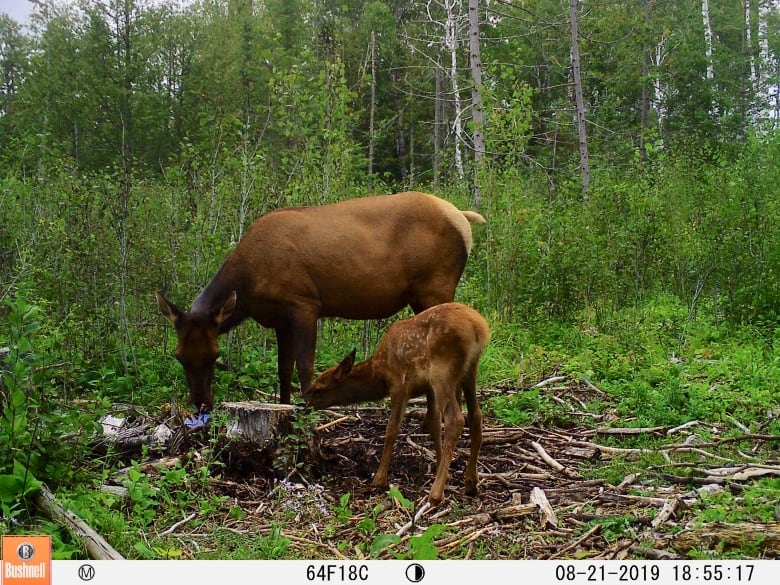 Elk are native to northwestern Ontario but were wiped out by over hunting and habitat loss in the early 1900s.

Over 100 elk were brought over from Elk Island National Park in Alberta in the 1990s, and experts believe there are still about 60 left in northwestern Ontario.

Bruce Ranta, a retired biologist with the Ontario Ministry of Natural Resources and Forestry, helped to bring the elk to the northwest and continues to monitor them with a group of volunteers.

He said they have had reports of elk near Barwick, and north of Stratton.

"We hear about elk sightings, usually second hand, fairly regularly," he said. "But I don't hear about a lot of trail cam photos."

Hunting is not allowed for elk in the northwest, although there is a limited hunt for them in southern Ontario, near Bancroft.

Ontario's total elk herd is estimated to be about 600 animals.