Ask a ‘sotan: The history of living in the Boundary Waters Ask a 'sotan is an occasional series exploring questions from curious Minnesotans about our state. Have a question about life in Minnesota? Ask it here.

The Boundary Waters Canoe Area is a natural gem of Minnesota, and has been a natural escape and popular tourism destination for generations.

So let’s take a swing at this question.

“Who were the first and who were the last people to live in the area we now know as the BWCA?” — Doug from Decorah, Iowa

A long history connected to the lakes

Mark Muñiz, a professor of anthropology at St. Cloud State University, has studied Knife Lake since 2004, and graduate students continue to study the area today. 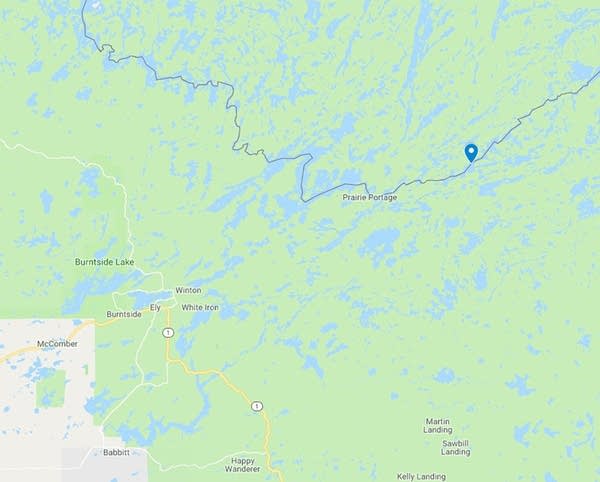 “And we found strong evidence, from dating the soil and artifacts at the site, that there have been humans living there for at least 12,500 years ago,” Muñiz said.

He added that those who lived near the archaeological site they studied would have lived near the glacial front. Evidence also shows they were making tools and quarrying rocks nearby.

“These are Native American ancestors, and while we have evidence of people there 12,500 years ago, there’s also evidence that people were there for thousands of years. People kept using the Boundary Waters all the way through time.”

Rita Aspinwall, the communications director of Fond du Lac Band added that prior to the treaties signed by tribes that ceded land, indigenous people resided throughout the area.

“We didn't have boundaries, there were no lines in the ground, we were roaming the area to harvest, fish and gather, no matter where it was. So long as the resources were there that we needed,” Aspinwall said.

Communities had locations they would travel to depending on the season, said Jaylen Strong, the director of the Boise Forte Heritage Center and Cultural Museum.

One last holdout on Knife Lake

The last non-indigenous person to live in the Boundary Waters legally would be Dorothy Molter, also known as the Root Beer Lady.

Originally born in Pennsylvania in 1907, Molter studied nursing in Chicago and would visit the Isle of Pines in Knife Lake with her family. At one point, she began working for resort owner Bill Berglund and served as a site manager. As his health worsened, she also served as a health care provider.

When he passed away in 1948, Molter received the resort through Berglund’s will and continued to operate the business. 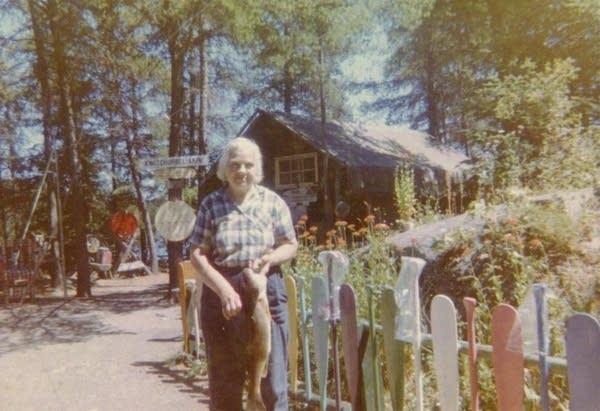 But resort companies within the Boundary Waters began to change. New rules in 1949 prevented float planes from providing supplies. After the Wilderness Act of 1964 that would prevent living or operating a business within nationally protected wilderness areas, Molter was one of only a few property owners who decided against selling her property.

“There were a lot of hard feelings from people around the area about how they were approached,” said Jess Edberg, the executive director of the Dorothy Molter Museum. “People suddenly had to completely change their lifestyles and careers.

“Then you have Dorothy, she’s in her mid-50s, and she’s operating her business on her own, and she’s 30 miles from the closest business, and she just doesn’t give in.”

A local friend, Bob Cary, was a newspaper editor and columnist from Ely, Minn., wrote an editorial about Molter and her desire to stay within the region. He also used his connections to have the article published in a newspaper in Chicago. From there, the story spread to newspapers across the country, Edberg said.

Her operation continued by offering services and products like her home-brewed root beer in exchange for donations since the law also prohibited businesses operating within the Boundary Waters.

Molter was the last permanent resident to live in the Boundary Waters region. She died in 1986.

However, there are records of a man named “Knife Lake Pete” Cosme who was known for illicitly living within the Boundary Waters and the Quetico (the Canadian side of the region we know as the Boundary Waters). Cosme died in 2002 according to records from the Ely Echo.

There’s long been a history of humans residing and living among the region that is now protected as the Boundary Waters.

And Native Americans have rights to hunt, fish and gather resources throughout the area. Which means, technically, it’s possible for tribe members to reside in the region, but it would lack typical modern amenities.

“You wouldn’t be able to have a modern house or shelter,” Strong said, “but you could technically reside within the area.”

To read the original article and see related reporting, follow this link to the MPR News website.  https://www.mprnews.org/story/2019/10/10/ask-a-sotan-living-in-the-bwca