In Minnesota, a new push to fight climate change — and make money — from forests A view of the fall colors from on top of Oberg Mountain near Tofte, Minn. Photo: Andrew Krueger | MPR News

Money may not grow on trees — but the carbon that trees store could be worth millions, as consumers, companies and governments ramp up efforts to fight climate change.

Earlier this week, a group of land managers and scientists from around Minnesota came together in Duluth to start a conversation about how the state can join in the growing marketplace that pays to keep carbon sequestered in forests.

Minnesota's climate change-fighting efforts so far have focused largely on reducing greenhouse gas emissions by moving away from coal power and towards cleaner energy like wind and solar.

But there's been a lot less focus on the other side of the carbon equation: What to do with those greenhouse gases that continue to be emitted into the atmosphere, the heat-trapping culprits that cause global warming?

California is one of the few states that has taken the lead on incentivizing practices that lead to carbon sequestration, and established an official statewide cap and trade system in 2013. Dozens of forestry projects around the country are part of the program, including many on tribal lands.

But none of the carbon sequestration projects that are involved in California’s marketplace are based in Minnesota — at least, not yet. The Leech Lake Band of Ojibwe is exploring the possibility of creating a forest carbon offset program on 14,000 acres of its reservation in northern Minnesota, and the Fond du Lac Band of Lake Superior Chippewa is exploring a 9,000-acre program on its land near Cloquet.

The idea is that polluters in California or elsewhere could then purchase offsets from those programs, as a way to counterbalance their own greenhouse gas emissions.

In Minnesota, land managers and forestry experts are looking for ways to encourage landowners to manage their forests in such a way that sucks more carbon out of the atmosphere.

"We have a tremendous opportunity right now, to unleash the power of nature, and help us get into a problem solving mode with climate change," said Meredith Cornett, director of conservation science with the nonprofit Nature Conservancy, which has led some peer-reviewed research on the role of plants in the fight against climate change.

It comes down to Biology 101: Through photosynthesis, plants breathe in carbon dioxide and exhale oxygen.

That’s important, because carbon dioxide is the primary greenhouse gas that traps heat in the atmosphere, leading to climate change.

Trees, especially, are capable of storing massive amounts of carbon. The Nature Conservancy’s research, published in the Proceedings of the National Academy of Sciences of the United States of America, found that nature could deliver more than a third of all the greenhouse gas reductions that scientists say are necessary to prevent the most severe effects of climate change — targets laid out in the recent Paris climate agreement.

"These solutions are very economical. They're things we already know how to do, and if we start doing more of them at scale — forest management, grassland restoration, cover crops — then we can turn the ship," said Cornett.

Cap and trade systems like California’s can provide the economic incentive to drive more of these so-called “natural climate solutions.”

If companies emit greenhouse gases beyond their cap, they have two options: They can buy carbon credits from companies whose emissions are under their set cap; or they can purchase carbon offsets — investments in things like forestry projects that sequester carbon. It’s similar to buying carbon offsets for air travel — a way to make up for the carbon they’re emitting.

The idea is to create a market incentive to encourage forest landowners to alter their practices, to manage their land not just to maximize profit, but to store more carbon than they would in a “business as usual” situation. 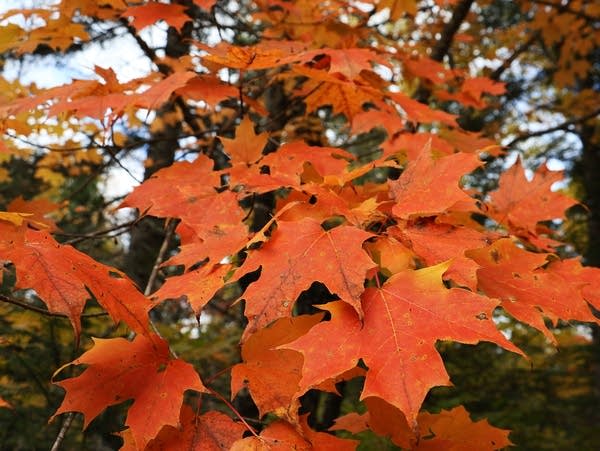 Outside Minnesota, carbon offsets have been big money-makers for some tribes. The Passamaquoddy Tribe in Maine expects to earn around $40 million in carbon offsets on a project that protects 90,000 acres of land.

"In my opinion, we're starting to see a big influx of tribal nations exploring these opportunities because they can be significant revenue generators for the tribes themselves,” said Bryan Van Stippen, who works for the Minnesota-based National Indian Carbon Coalition, which is consulting with both the Fond du Lac and Leech Lake bands as they explore the possibilities of carbon sequestration.

The only large-scale carbon offset program that exists in Minnesota now is run by the Blandin Paper Company. It covers about 175,000 acres of Blandin-owned forest near Grand Rapids in north-central Minnesota.

The 20-year project is expected to keep about 3.6 million tons of carbon dioxide sequestered in trees. That's the equivalent of taking about 760,000 cars off the road for a year.

"The most simple way to think about this is, if we leave trees out there longer, they're storing the carbon longer, and result in a net increase in carbon storage,” said Scherer.

Blandin will also selectively cut trees, rather than clear-cutting them, which is typical practice, and will plant a mix of longer-lived tree species, which soak up more carbon before they’re harvested.

But that kind of forest management is expensive. And that’s where the carbon offsets factor in. They give landowners like Blandin added incentive to do what's right for the environment, by paying them to do it.

To try to encourage more Minnesota landowners to follow Blandin’s lead, Wright plans to develop a web-based tool to allow forest managers to estimate the amount of carbon they could potentially capture on their lands, to help them decide whether it makes sense to enter the offset market.

The meeting he organized in Duluth this week was a conversation-starter, he said. Additional projects in Minnesota will likely take several months, if not years, to develop.

Still, Wright expects more to do so as landowners increasingly realize that by making relatively minor changes to the ways they manage their forests, they can store more carbon, earn more money and build up the additional ecosystem benefits that healthy forests provide, like clean water and wildlife habitat.

“So in some ways, it's like a win-win-win,” he said. “And I just think it's a really exciting opportunity for Minnesota and forest land owners.”

To read the original story and hear an audio report plus related reporting, follow this link to the MPR News website.  https://www.mprnews.org/story/2019/10/10/climate-change-carbon-sequestration-forests