It may not feel like fall in October across the southern U.S., but temperatures may be cooler than average in parts of the northern tier, according to an outlook released Saturday by The Weather Company, an IBM Business.

The never-ending summer may remain in place from the Southeast to the mid-Mississippi Valley and into the Southwest in October. Temperatures there are expected to generally be warmer than average.

Temperatures will be the most above average from southern California into Louisiana and southwestern Arkansas.

Areas from the mid-Atlantic into parts of the Midwest, Great Basin and northern California may see near to slightly above average temperatures.

Farther north, colder than average conditions are likely in much of Montana and northwestern North Dakota. Near to slightly below average temperatures are expected from the Northwest into the upper-Mississippi Valley, as well as in much of the Northeast.

September 2019 has been one of the hottest Septembers on record for the South into the mid-Atlantic, Ohio Valley and into the central Plains and portions of the Southwest, according to the Southeast Regional Climate Center.

This warm trend may persist in many of these areas in October, but the focus of the anomalous heat may shift a bit farther west into the southern Plains and Desert Southwest.

This forecast considers seasonal climate models, as well as other climate patterns such as the El Niño-Southern Oscillation (ENSO), which is in a neutral phase--neither in El Niño nor in its opposite phase, La Niña.

An amplified pattern to start October will bring a historic snowstorm to Montana and record heat in the South and East.

This pattern is expected to transition to a more zonal, west-to-east flow of the jet stream heading toward the second week of the month, which should moderate some of those temperature extremes.

The cooler north, warmer south pattern appears in the mid-range computer models and can be seen in NOAA's Climate Prediction Center's temperature outlook for the second week of October. 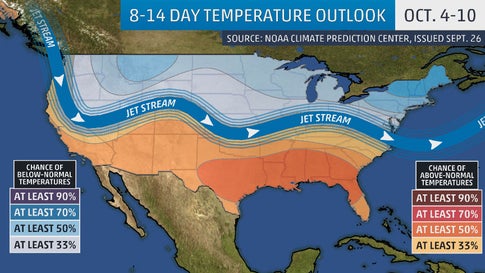 The magnitude and duration of the early-to-mid-October cold is uncertain, and warmth may surge back northward later in October. These concerns have led to a generally warm or near average temperature outlook for much of the U.S. in October.

What are Typical October Temperatures?

Temperatures continue the downward trend in October as winter gets closer.

Average highs in the 80s are typically confined to the Desert Southwest, southern Texas and along the Gulf Coast into Florida. However, with above average conditions expected for much of the southern U.S., highs in the 80s will likely be more common in the month ahead, with 90s likely at times.

Farther north, highs in the 50s and 60s typically emerge, and with temperatures expected to lean slightly colder than average, highs may be a bit cooler. 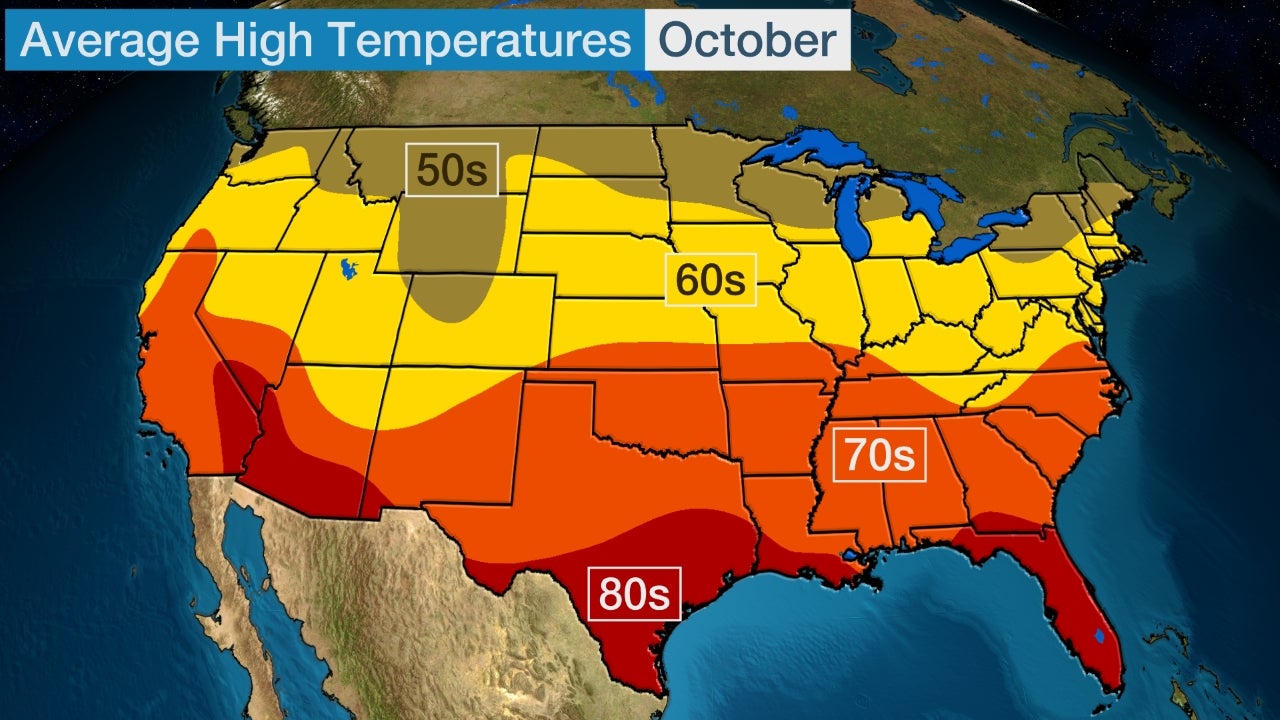 Lows near and below freezing also return to much of the interior West, northern Plains, upper Midwest and interior Northeast in October. Chilly nights will likely prevail in the coming weeks across the northern tier.

Morning lows generally remain mild in October from the Southwest into the Southeast. With above average temperatures anticipated here, mild mornings may continue for a while. 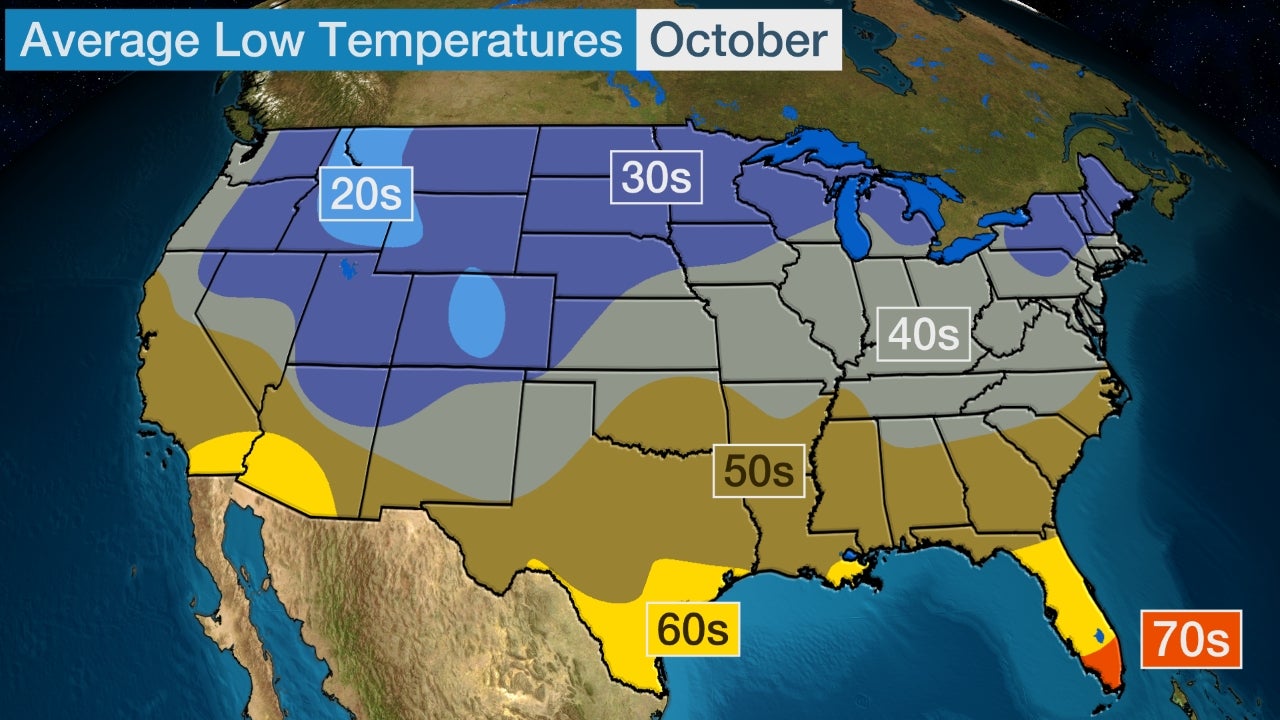