Home births are on the rise, but some midwives aren’t licensed Paris Alvar and her partner bonded instantly with Margo Nelson as the couple interviewed midwives to help in the home birth of their child.

Nelson had the right demeanor and experience, Alvar felt. It didn’t matter that Nelson was not licensed to be a midwife in Minnesota.

"She's very, ‘I want to do what's comfortable with my client’ kind of thing,” Alvar, 28, said of Nelson. “For us, it was her experience that mattered, more than what any tests that she took.”

Alvar is part of a wave of women in Minnesota choosing home births over hospitals. It’s a shift that’s brought new demand for midwives and fresh questions about why Minnesota — a state that requires a license for pretty much any business — lets midwives practice unregulated.

Minnesota and Utah are the only states in the nation where such licensing is optional. Other states require it, or don’t license home birth midwives at all.

As more women choose home birth here, even some midwives warn the state’s hands-off regulatory approach poses a danger to mothers and babies. Others say government should stay out of the decision and that women should be allowed to choose who helps them give birth.

Perpetuating the debate is a lack of safety data comparing the birth outcomes of licensed and unlicensed midwives.

The Minnesota Board of Medical Practice has licensed 44 midwives, but there’s no official count of people who work here without a license. Combing through websites and other records, MPR News identified 16 more with no license offering midwifery services.

Home birth is considered safe as long as the mother’s pregnancy is uncomplicated.

Still, there are deep divides between some licensed and unlicensed home birth midwives, as well as doctors who believe a hospital is the safest place for a baby to be born.

‘We have to be accountable’ 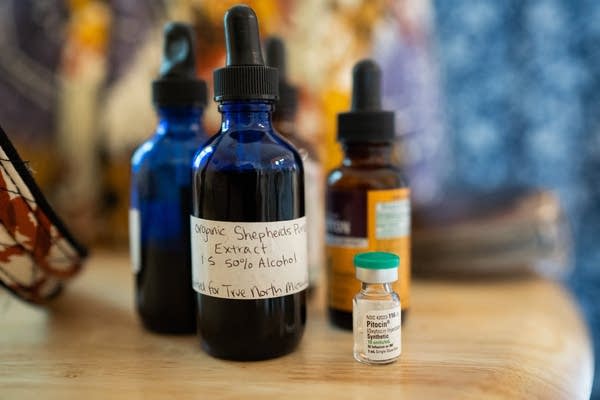 Different tinctures, extracts and drugs Margo Nelson has at her dispense when delivering babies sit at a table in her Duluth, Minn., on Wednesday, July 10, 2019.  Photo: Evan Frost | MPR News

Unlicensed midwives and the women who hire them tend to come from one of two camps: people who view home birth as a political, feminist act and deeply religious people who view birth as a sacred act, said Nelson, Alvar’s midwife.

Those camps don’t come together on many issues, but they share a skepticism of government interference and the medical establishment. 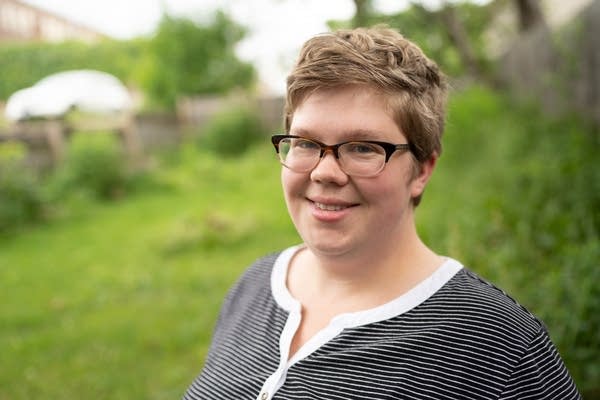 Midwife Margo Nelson stands for a portrait in the backyard of her Duluth, Minn., home on Wednesday, July 10, 2019.  Photo: Evan Frost | MPR News

Nelson said she has extensive training through apprenticeships and coursework and that her decision not to secure licensure comes down to a fundamental belief that her relationship with her clients doesn’t require state oversight.

"By not being licensed I can really truly serve the families that I work with as opposed to serving a third party, and in the case of licensing that's the state,” said Nelson, 30.

Mandatory licensure would diminish the supply of midwives at the same time demand is rising and eliminate the option of home birth for many women, said Tracey LaPointe, president of the Minnesota Midwifery Guild.

LaPointe, who also is unlicensed, said the training and testing required to get the license may be a barrier for people of color who are economically disadvantaged, or who come from diverse cultural or religious backgrounds.

“I really believe it innately to be all of our rights to give birth where and with whom we choose and the state should not be able to limit that,” she said.

In the 1970s, she was among a handful of women performing the few home births in Minnesota, a practice organized medicine generally frowned on, and still does. They were largely self-taught and believed birth had become overly medicalized.

Barroso, 70, said she got involved in home births “as a way to change the world.”

And then Barroso presided over a tragedy.

"The woman is way overdue, things are not progressing,” she recalled. “I miss that the baby is breech."

Barroso says the mother refused to go to the hospital, but finally agreed. Doctors performed a cesarean section, but it was too late. "The baby dies,” she recalled. “I was beside myself."

It was a turning point for Barroso.

"I started thinking, 'We have to regulate ourselves. We have to be accountable,” she said. “We have to have a process whereby when something bad happens we learn from it so we don't repeat it."

In the late 1980s and early 1990s, Barroso was involved in early discussions with state officials about the obstacles to practicing home birth safely in Minnesota, a process that ultimately compelled her to earn her nursing degree and move on to deliver babies in hospitals. 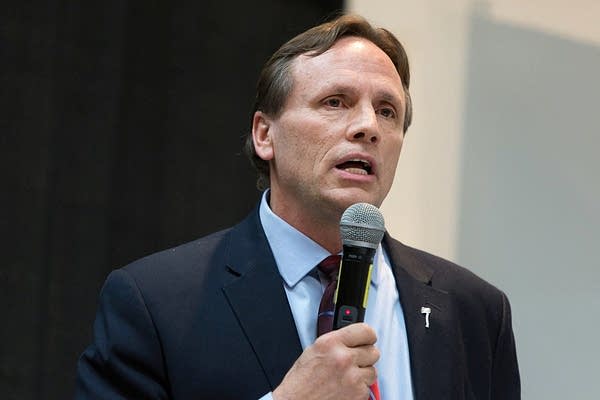 Jim Abeler answers a question during a forum with Republican candidates campaigning for the U.S. Senate in 2014.  Photo: Tim Pugmire | MPR News 2014

Those early discussions would eventually lead to a bill sponsored by then-Rep. Jim Abeler, R-Anoka. Five of his six children were born at home, and he was supportive of bringing home birth midwifery into the mainstream.

"There was a cry about women and families wanting the opportunity to deliver the child in their manner that they would choose,” Abeler recalled. “And so we created a pathway … for people by getting licensed."

At the time, the prospect of practicing without a license seemed highly unlikely, Abeler said.

Now a state senator, Abeler said he's surprised by the number of midwives operating without a license and has plans to reconsider the model he helped write two decades ago.

"We expected that the midwives would choose the option of being credentialed,” he said.

LaPointe, though, said finances are more complicated than paying the $100 initial licensure fee and $100 annual renewal. Securing a license means potentially years of costly training through a midwifery program or apprenticeships, and then a test.

"I was a poor single mother,” she said, recalling her own initial decision not to pursue a license. “It was a nursing board-type test that's offered in a few places in the country, and only a few times a year. It would have been an expensive test. It was travel I didn't have. It was child care I didn't have."

Some health insurance plans cover home births, but not all. And not all midwives offer billing services, meaning it falls to the parents to recover costs from the insurer. State law doesn’t require midwives to carry liability insurance.

‘Don’t know until it’s too late’

For instance, they can’t remove placentas that have grown too deeply into the uterus. They can’t repair major tears that happen during labor or dispense certain drugs. They aren’t supposed to assist mothers who are more than 42 weeks pregnant.

They must also inform their clients about the risks involved in home birth.

"If you choose not to be licensed, you don't have to follow any of that criteria the state has set out,” said Leah Fitzgerald, a Twin Cities medical malpractice attorney who spent 12 years as a labor and delivery nurse before getting her law degree. 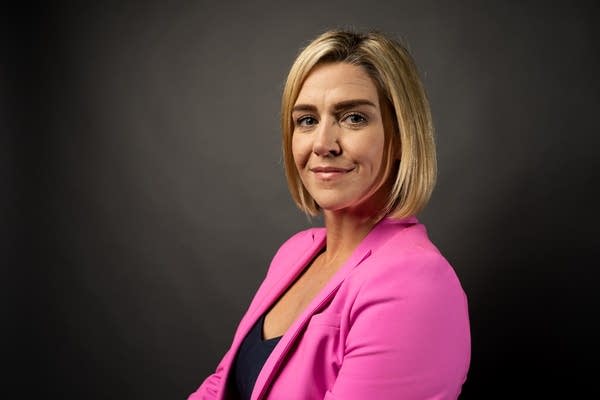 "If it's voluntary we take away all of the oversight that's created by licensure statutes. If you don't have oversight, it's kind of the Wild, Wild West,” she said. “They can be providing care to a higher standard. They may not be."

Fitzgerald says that while most babies are born healthy, a very small percentage are not and need immediate medical help. She says if unlicensed midwives lack adequate training they may miss complications.

"You don't know until it's too late,” she said. “And then when it's too late, and your baby has a brain injury, it looks really different and that family's life is forever changed."

‘Women are not machines’

As long as there is no way to answer them, questions will continue to bubble about the need and efficacy of licensing the state’s midwives.

Minnesota's fragmented approach prevents the state from collecting meaningful data about home births to determine what's safe and what isn't, said Tavniah Betts, a licensed midwife in Duluth who studied licensure across the country as she pursued a master’s degree in public health.

Licensure benefits families and midwives by providing a way to adjudicate complaints, and unlicensed midwives are risking prosecution from a bad outcome, said Betts, 40.

"If you have licensure and you have some sort of lawsuit you would be reviewed by the board and there are these processes that actually are ... reassuring to have,” she said.

Betts also said that Minnesota’s murky system can be confusing for consumers.

“Without licensure, anyone can hang a shingle and say they are midwife,” she said. “To have no definition of what that means can be very confusing.”

Across town in Duluth, Paris Alvar said she was drawn to home birth after the hospital birth of her son nearly a decade ago. She remembered it as long and difficult and felt the hospital foisted unwanted medical interventions on her. 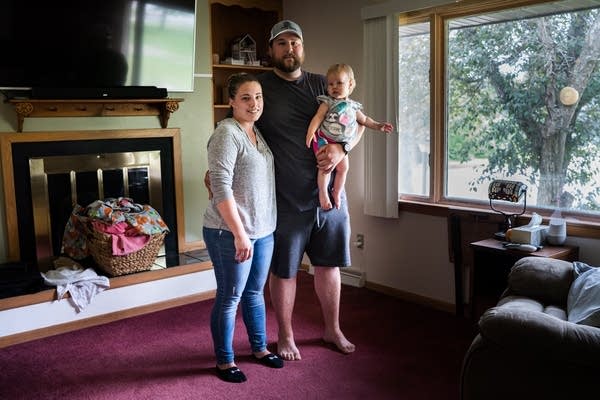 Paris Alvar, Noah Swore and their daughter, Rosie Swore, stand for a portait in the living room where Paris gace birth to Rosie of the their Duluth, Minn. home on Wednesday, July 10, 2019.
Photo: Evan Frost | MPR News

"I remember just being really exhausted right after he was born it didn't really feel much of a bond at first,” she said. “I felt really guilty about that for a long time."

The home birth of her daughter Rosie, who is now 1, was faster than her first, and much more relaxed, she said, although it carried its own uncertainty. An early ultrasound revealed she was at risk of a complication that could lead to swift and severe hemorrhaging during delivery.

It’s the kind of potential complication that can leave a woman in a state of fear for the latter half of her pregnancy, said Nelson, the midwife, adding that she armed Alvar with research showing the condition would likely resolve on its own. 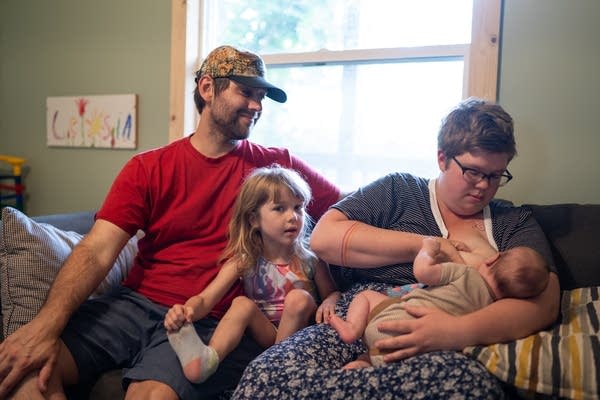 Obstetricians would typically require multiple ultrasounds to ensure the condition cleared before delivery. They would perform a C-section if it hadn’t cleared.

Alvar, though, said she didn't bother with a followup ultrasound because statistics were on her side. She trusted Nelson to rush her to a nearby hospital if necessary.

"Margo wouldn't have wasted a second if she thought we needed to go we would have gone you know,” Alvar said. “And so, we weren't really worried."

Nelson said she didn’t insist on a followup ultrasound because supporting a mother's wishes is paramount, even when there are possible health risks involved.

"Women are not machines,” said Nelson. “And so to apply things sort of across the board to every birthing body just feels really wrong to me."

To read the original story and hear an audio report of this story, follow this link to the MPR Nrws website.  https://www.mprnews.org/story/2019/09/30/home-births-are-on-the-rise-but-some-midwives-arent-license...
News