Jessica Lange in Netflix’s Manhattan office. Ms. Lange, who is appearing in Netflix’s new series, “The Politician,” is publishing a book of photographs, titled “Highway 61.”  Photo:  Erik Tanner for The New York Times

When Jessica Lange finally admitted that her driving was a bit unpredictable it came as a relief. I was afraid to bring it up from the passenger seat.

On a day with silvery light coming through clouds and Lake Superior to our right, she was piloting us northward from Duluth, on Highway 61. We had a perfect car for an August road trip: her green 1967 Mercedes-Benz 250S, heavy as a tank and with seatbelts of questionable functionality.

But Ms. Lange exuded confidence and so I didn’t worry too much. She knew where she was going.

For her, a Minnesota native who summers in what she called a cabin an hour or so away, Highway 61 was more than a conveyance; it was a creative wellspring dating back to her childhood.

In fact, this was Ms. Lange’s third trip along this route over the summer, toward towns with names like Castle Danger and Beaver Bay, past dense stands of trees and signs for smoked fish and homemade pies. The road itself is the subject of her latest book of photographs, “Highway 61,” which comes out Oct. 1.

Inside, the 84 black-and-white photographs document all manner of life along 61, which runs — first as a state road, then for most of its route as a United States highway — from the Canadian borderdown to New Orleans, a city where she lived and owned a home for a time. She was born in the town of Cloquet, Minn., and the route was a central artery for her family, but the book also chronicles the changes she has witnessed — stretches of the road that she describes as “empty, forlorn, as if in mourning for what has gone missing.”

It’s not that Ms. Lange, 70, who starred in “Tootsie,” “Grey Gardens” and dozens of other movies and TV shows, has given up acting. Her latest production from Ryan Murphy — who kept her busy through many seasons of “American Horror Story,” which earned her two of her three Emmys — is “The Politician,” which debuts Friday on Netflix. 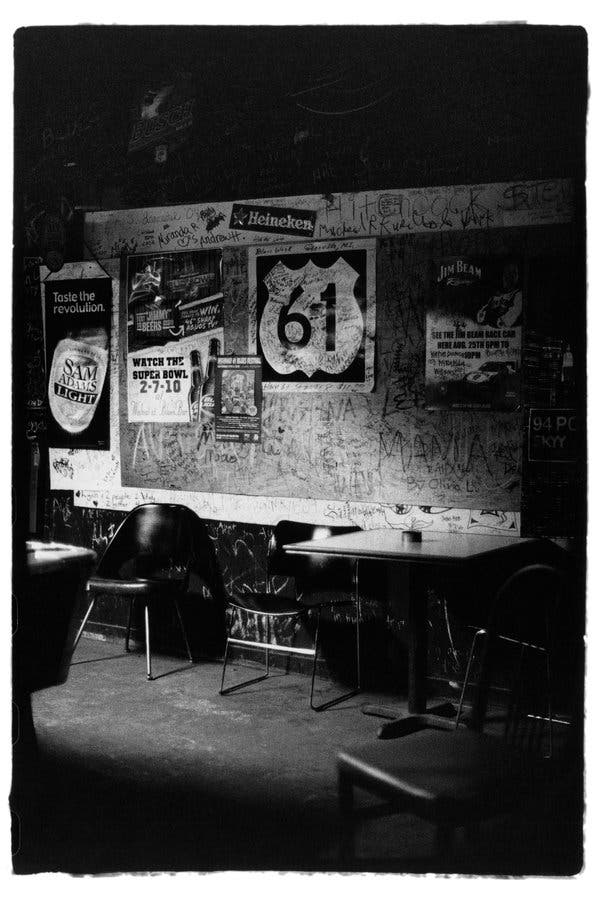 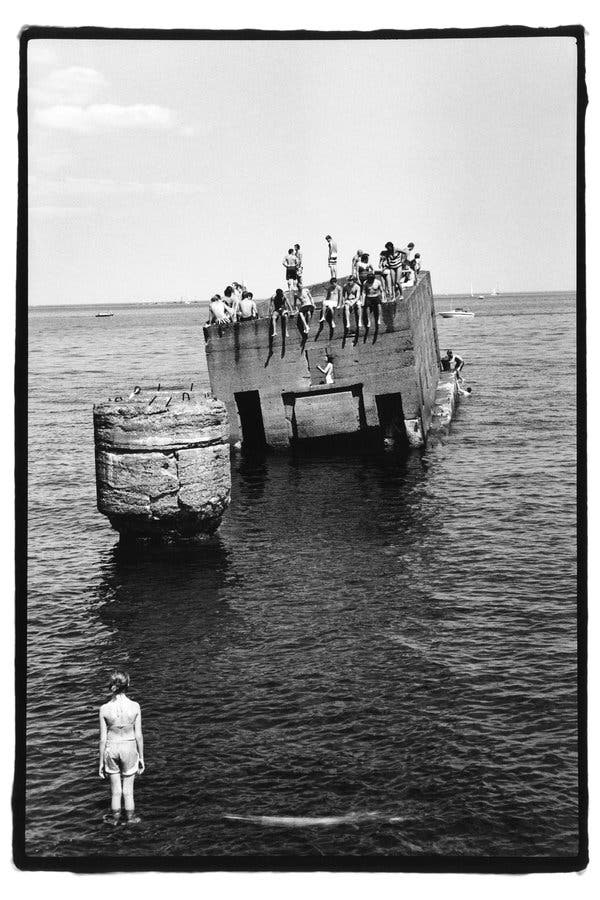 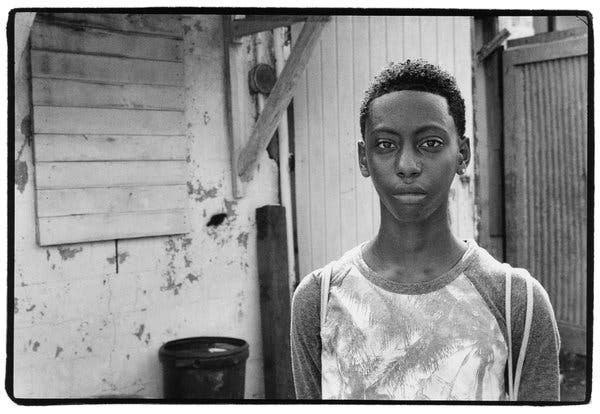 She started taking pictures seriously in the 1990s, when her partner at the time, the playwright and actor Sam Shepard, came back from a trip to Germany with a Leica as a gift. She saw it as a way to take high-quality pictures of their two children, and her practice grew from there.

Ms. Lange, though now based in New York, has spent time over the last six years documenting all eight states where Highway 61 unfolds.

In the book’s afterword, Ms. Lange writes about how her first album purchase was “Highway 61 Revisited,” released in 1965 by Bob Dylan, a fellow Minnesotan.

When she left home at 18, she hit the road, “headed south out of town,” she wrote, “on my way to Europe and beyond, the start of a new life.”

The photographs themselves are grainy, suffused with intense light and shadow, capturing small moments featuring people, road signs, horizons, carnivals, diners. The book’s cover has one of her most striking images, an African-American child looking right at the camera with an intense gaze.

“It’s expressive, emotional street photography,” said the veteran dealer Howard Greenberg, who is giving Ms. Lange a show of the Highway 61 images from Nov. 21 to Jan. 18 in his New York gallery. “It’s not a tourist view. She gets close to her subjects.”

At first glance, “Highway 61” may evoke the work of William Eggleston and Robert Frank, who died this month: They are two photographers Ms. Lange has known personally and admired. “Who hasn’t he influenced?” she said of Frank. 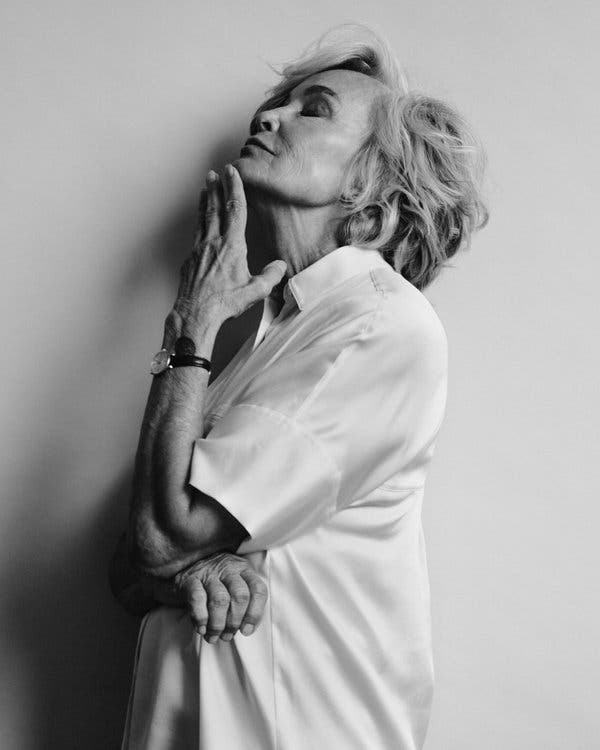 “What’s wonderful is the anonymity of it,” Ms. Lange says of switching sides from the object of the camera’s gaze to the director of it. “Such a relief.” Photo Credit: Erik Tanner for The New York Times

But her favorite practitioner is someone less famous, the Czech photographer Josef Koudelka, noted for his work with the Magnum agency and high-contrast, black-and-white images, as in his seminal “Gypsies” series.

“I never use a flash or carry lights or anything,” Ms. Lange said when we stopped for lunch and a beer in the town of Beaver Bay. A few people registered that a famous person was in their midst, but Ms. Lange was unfazed.

“I never crop,” Ms. Lange added. “I think it’s a conceit. I always loved that Henri Cartier-Bresson showed you the whole image.”

Ms. Lange reads up on photography — she said she had been reading Roland Barthes’s “Camera Lucida” that very week — but her take on the medium is more instinctual than theoretical.

Sarah Paulson, her co-star from “American Horror Story” and a close friend, lives in Los Angeles with four of Ms. Lange’s images on the walls and is soon getting a fifth. 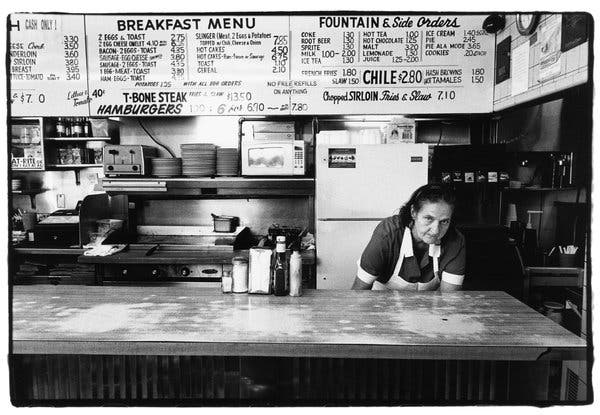 “When you’re seeing through Jessica’s lens, it’s immediate and feels visceral,” Ms. Paulson said. “It’s the same alchemy that makes her so extraordinarily powerful as an actress.”

Ms. Lange can be “as quick as Garry Winogrand,” Ms. Morin said.

It’s true. When we arrived at Black Beach Park in Silver Bay — so named for its tiny black stones — Ms. Lange at first took a few pictures of moody Lake Superior, but she seemed uninspired by the landscape. Too generic.

After we greeted a mother and two children who had braved the lake’s cold water for a dip, her camera suddenly was up and she snapped several pictures of the family as they walked away, cloaked in towels. “The boy turned as I was taking it, and it produced a great shape,” she said.

Photography, and what it captures, has potency for Ms. Lange, who recounted a moment when she was 5 or 6, looking through a box of photos in her grandparents’ attic.

“One man was looking directly into the camera, and his gaze was so arresting to me as a little girl,” she recalled. “And I thought, ‘I’m connecting to him somehow.’ That’s the power of photography.” 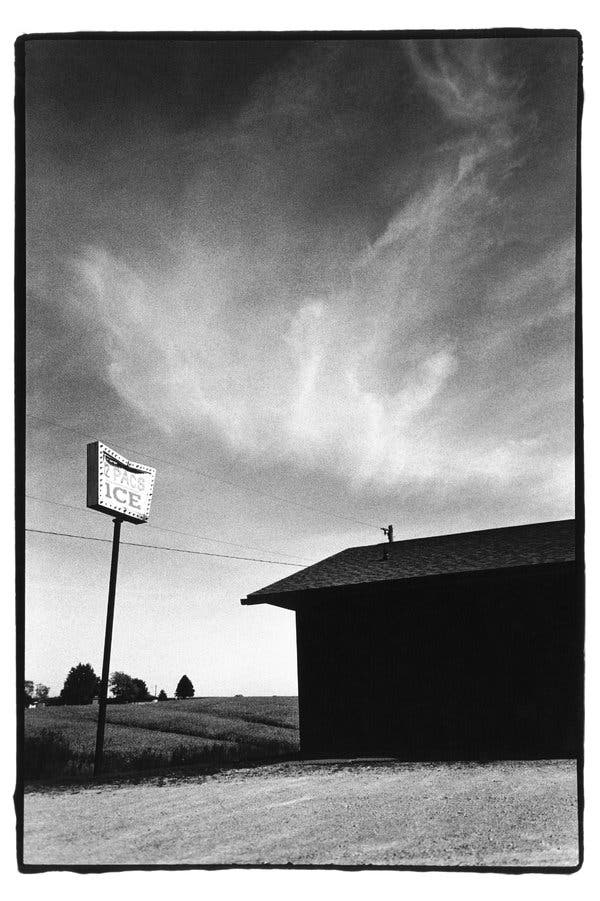 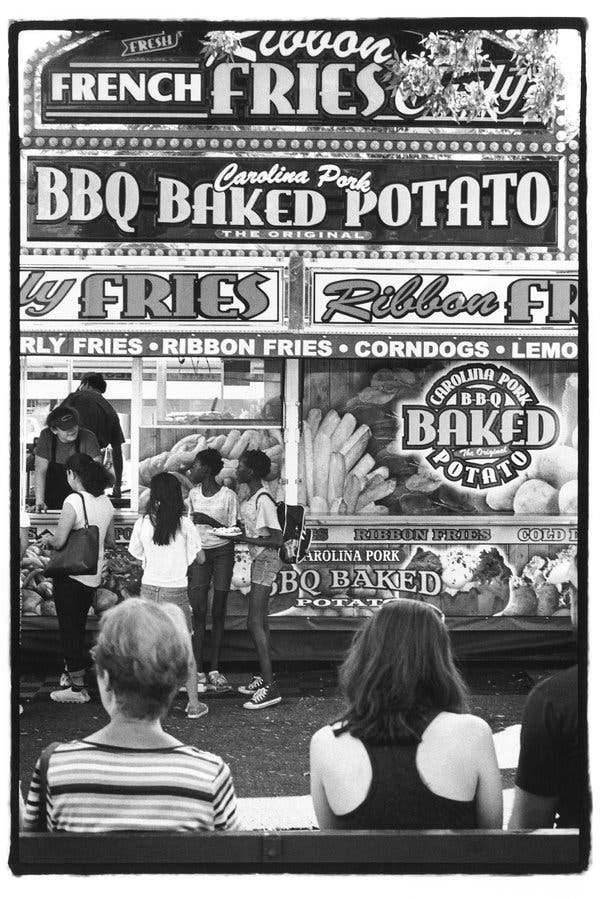 At the University of Minnesota, photography accidentally ended up in her curriculum when she couldn’t get into a painting class.

She met a group of photographers through her professors there, including Daniel Seymour and Paco Grande. She married Mr. Grande in 1970, but not before ditching school to travel to Europe with them, including to Paris during the May 1968 protests.

Once she moved to New York, she found herself living in a loft on the Bowery with Robert Frank (Mr. Seymour’s collaborator in a 1972 documentary about the Rolling Stones on tour). She recalled Mr. Frank taking stills of her for a film she was working on at the time.

But she herself wasn’t taking photographs yet. That would have to wait until after her movie career took off, starting with “King Kong” (1976).

As it turns out, one of the holdovers from her life in that era is the car we were driving in that day, originally owned by the director Milos Forman, who died last year. The Mercedes was a gift from Mikhail Baryshnikov, Ms. Lange’s partner of six years (it ended in 1982) and the father of the first of her three children.

Mr. Baryshnikov gave her the Mercedes after obtaining it from Mr. Forman, who used it to flee the 1968 Soviet invasion of Czechoslovakia. Somehow, his government ID from the time remained in the glove compartment, in a pink case. I almost didn’t believe it until I had it in my hand. “He was so handsome,” she said. 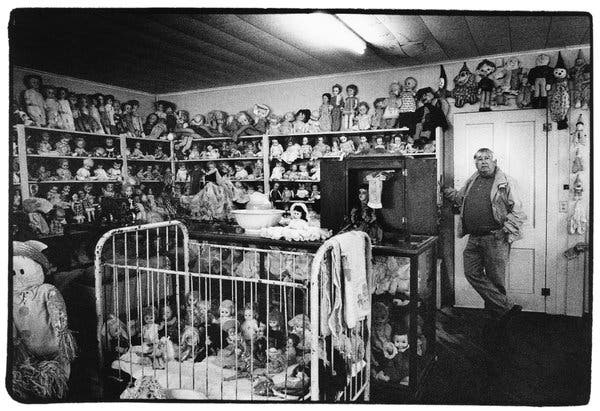 The proximity of someone else’s fame brought up the topic of how someone as well known as Ms. Lange can be a street photographer, a genre that has relied on the camera-wielder being unobtrusive. But as I witnessed, not everyone recognizes Ms. Lange, at least at first, and by the time they do, she may have already snapped the picture.

“What’s wonderful is the anonymity of it,” Ms. Lange told me of switching sides from the object of the camera’s gaze to the director of it. “Such a relief.”

In the age of Instagram, when “everyone is a photographer,” as she put it, it’s a treat for her to take control of the lens. It’s a break from fretting that someone is taking her picture in a supermarket: “I don’t have to worry about being absurd.”

Once we were heading back south to Duluth, I wondered, given her success as an actor, exactly how seriously she wanted to be taken as a photographer.

“You know how this works,” she said, sounding not bitter but realistic. “You’re an actress, therefore you’re not considered a photographer. So you’re an actress who photographs. It’s a kind of mindless categorizing; if you’re one thing, you can’t be another.”

But Midwestern optimism, and what I gleaned was one of Ms. Lange’s core personality traits — what Ms. Paulson called her sense of “freedom and abandon” — won the day, as the clouds actually parted for the return home.

“I’ve got a day job,” she said, and laughed again. “I just love taking photographs. That’s the only reason I do it.”

To read the original article and see related reporting, follow this link to The New York Times website.  https://www.nytimes.com/2019/09/25/arts/design/jessica-lange-photography.html