Efforts to rebuild the wolf population at Isle Royale National Park have resumed, with authorities relocating a wolf from Michigan's mainland to the Lake Superior island last week.

A 70-pound, 2- to 3-year-old male wolf was captured in the Upper Peninsula, flown to the park and released on Friday. It's the first animal moved in the second year of the program to bolster the island's wolf population. 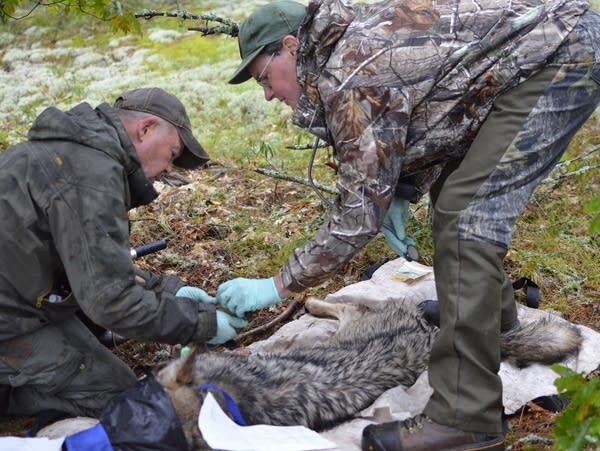 There once were as many as 50 wolves on the island, living in a predator-prey balance with moose. But the wolf population was decimated by disease, inbreeding and other factors, dwindling to just two and causing the moose population to skyrocket.

After deliberation over whether to step in or let nature take its course, park officials last year launched what's aimed to be a three- to five project to bring the population back to 20 to 30 wolves.

With the latest relocation, the population now stands at 15 — eight males and seven females. Last year the park brought in wolves from Minnesota and Ontario; one goal of the effort is to increase the genetic diversity of the island's wolf population.

"Initial indications show that after just a few short months, the new wolves are starting to travel and hunt together," the park said in a news release. "A female wolf from Minnesota and two males from Michipicoten Island Provincial Park (in Ontario) have been doing just that since April." 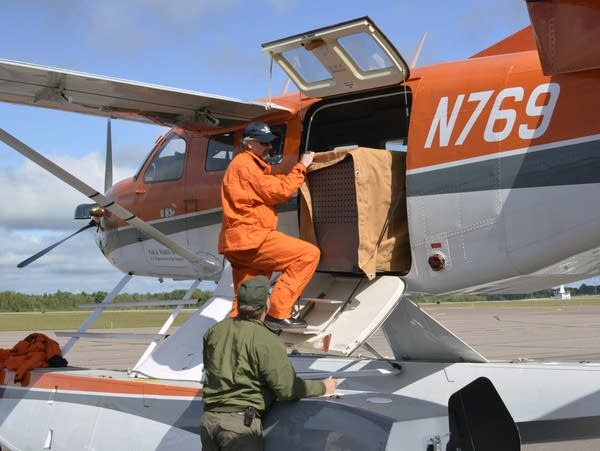 Crews in Michigan's Upper Peninsula move a crate containing a wolf onto a floatplane to be flown to Isle Royale National Park on Friday. Photo: John Pepin | Michigan DNR via National Park Service

At least three wolves have died during or after relocation to the island; another crossed the Lake Superior ice to mainland Ontario last winter.

The park is aiming to bring four or five more wolves from the U.P. to the island this fall.

To read the original article and see related reporting, follow this link to the MPR News website.  https://www.mprnews.org/story/2019/09/08/isle-royale-wolf-relocation-project-resumes