A woman was hospitalized with wounds to her upper arm and abdomen after police say she was stabbed twice by another woman during an altercation at a state park over a dog that was running on the beach.

The incident occurred Saturday at McLain State Park on the Keweenaw Peninsula in Michigan’s Upper Peninsula. State Police troopers from the Calumet Post responded to the scene, according to WLUC.

The victim, 27, was taken to a local hospital. She was treated for her injuries and released.

The suspect was arrested and taken to the Houghton County Jail. That person, whose name as not been released, is being held on charges of assault with a deadly weapon. She is expected to be arraigned on Monday in a Houghton County district court.

McLain State Park is a 443-acre expanse, roughly halfway between Calumet and Hancock. It has two miles of sandy beach area along Lake Superior.

It’s not known what specifically sparked Saturday’s disagreement that led to the stabbing. Pets on leashes are allowed in state parks and campgrounds.

McLain State Park is one of several parks around the state that welcome pets to certain areas along the shoreline. 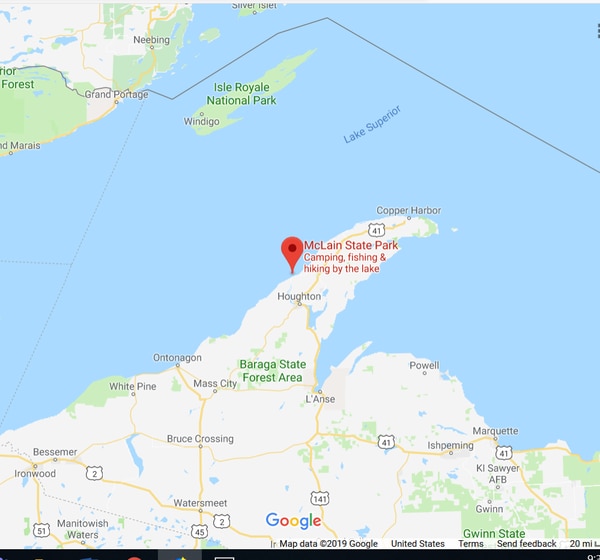 To read the original article and see related reporting, follow this link to the mlive.com website.  https://www.mlive.com/news/2019/08/woman-stabbed-at-michigan-state-park-after-argument-about-dog-on-...