Aug. 15, 2019 marks the 50th anniversary of the opening of Woodstock, the huge three-day concert that came to symbolize the 1960s’ counterculture. Two now-Minnesotans who attended went on to very different lives, but have fond memories of the event, which shaped a generation.

Long before he went into politics, Coleman went to Woodstock.

"Certainly when I went to Woodstock, I wasn't thinking someday I would be in the U.S. Senate," he said. "I was, by the way, I think the only future United States senator there."

At the time, Coleman was in the music business: He was a roadie working for 10 Years After, one of the bands scheduled to play the huge event on Max Yasgur’s dairy farm in upstate New York.

But Coleman says he wanted to enjoy some time off on his birthday.

“I actually grew up in New York and my family had a summer place right where Woodstock was going to be, so I knew the area well,” he said. “So, I left the band and just figured I was going to enjoy a little music without having to work. That was my only expectation.”
Jane Eaton, now a retired elementary school teacher in Minneapolis, had to travel a little further. 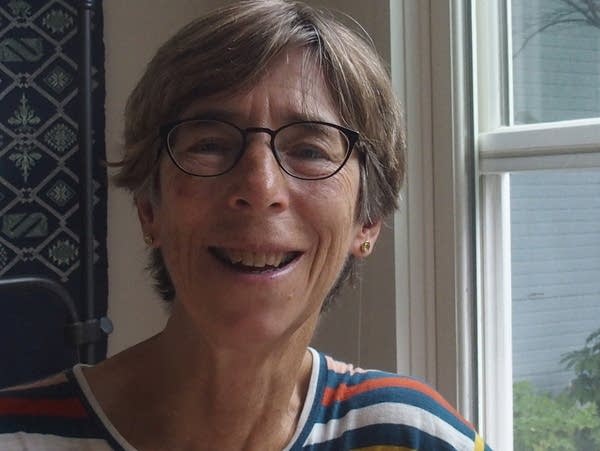 "I grew up in a suburb of Chicago, and we'd heard about this music festival, so we decided to go out," she said. "Flew to New York, found the office to get tickets. They'd stopped selling tickets. Found the bus station. They were actually chartered buses up there. And got on a bus and got there. And when we got there they'd stopped selling tickets, so we went for free."

There were a lot of people there — the official estimate is 400,000. Eaton and her friend set up their tent and waited for the music to begin.

"It seems to me we were about half way back in this huge crowd, and it kept filling in and filling in,” Eaton said. And my experience was everyone was very friendly, very sharing. You got to know those people really well where you were sitting. But there were acres and acres of people."

Just as Eaton went with a pal, Coleman went with his best friend and now brother-in-law Billy Ellis.

"And we were walking down a hill and there were thousands of people walking up. It was like lines of ants," he recalled with a laugh. "And he was ahead of them and then he says to me, 'Hey Norm! Happy birthday!' And then it must have been a thousand people, everybody that walked by gave me a big birthday hug and kiss. And when we got to the top of the hill he said, 'Hey can you tell them it's my birthday?'"

"I do remember at the time that we were a long ways from the stage, but that the sound system was excellent, and we heard the music really well," said Eaton.

Coleman agreed: "The music was fabulous. I remember the first night I think it was Joan Baez." He remembers her voice moving him.

Eaton also lists Baez as a high point, and another performer, too: "I remember Santana."The lineup over those days was a who's who of the top acts of the day: The Grateful Dead, The Who, Janis Joplin, Jefferson Airplane, Crosby, Stills and Nash who were joined on two songs by Neil Young.

"We didn't stay for the third day. We abandoned ship, when I had spent the night in the rain," she said. A downpour turned much of the site into a mud pit. Eaton says she stood for the entire night holding up the roof of their tent with a flashlight so the water wouldn’t pool around them. "When we realized we were as wet in the tent as we were outside the tent we didn't stay for the last day."

Coleman stuck around, though.

"The reality was it was very wet. It looked like a war zone — a wet war zone. I mean just garbage and wet sleeping bags while Jimi Hendrix was playing ‘The Star-Spangled Banner’ was pretty amazing," he said. 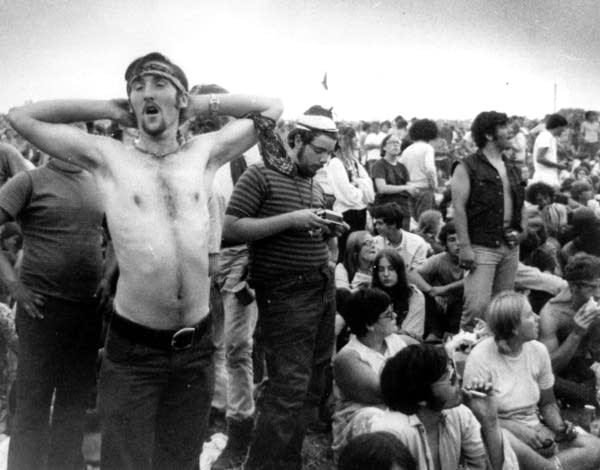 Rock music fans relax during a break in the entertainment at Woodstock in 1969.
Photo: AP Photo file

Looking back, Eaton says Woodstock wasn't a defining moment for her. She feels here parents gave her a lot of freedom as she was growing up. "I mean I think to some extent it certainly was for the generation," says Eaton.

"It puts a smile on my face remembering that summer at that time," said Coleman. "It was a unique experience and, yes, I inhaled, and yes, I remember. I don't think anyone could have anticipated half a million people showing up. And it may have been the end of ‘the Summer of Love,’ and I think a lot of things changed in society at that point in time. And we lived in such a divided, divisive time. We were certainly the counterculture then — there is no question about that. It gives me wistful memories of a time long ago."

"I think the take away is how safe I always felt," said Eaton. "To my children in 2019, if they wanted to go off to some ill-defined music concert in upstate New York, I'd say, 'No way!'"

Eaton says she saw the Woodstock documentary that became a worldwide sensation the following year. She says it captured the event well, but like the young Norm Coleman, she seems to have been cut out of the film.

To read the original article, hear an audio report and see related reporting, follow this link to the MPR News website.  https://www.mprnews.org/story/2019/08/14/50-years-after-woodstock