Government agencies, academic researchers and environmental groups are joining forces to recruit citizen scientists to gather data about where they see monarch eggs, caterpillars or butterflies. The initiative is also collecting data on the location of milkweed plants, a critical habitat for monarch butterflies.

The Midwest, including Minnesota, is an important breeding area for the iconic butterfly -- "especially for the generation which we call the super generation, which migrates and overwinters in Mexico," said Mara Koenig with the U.S. Fish and Wildlife Service.

The monarch has experienced sharp population declines over the past two decades. The USFWS is assessing whether to protect the monarch under the federal Endangered Species Act. 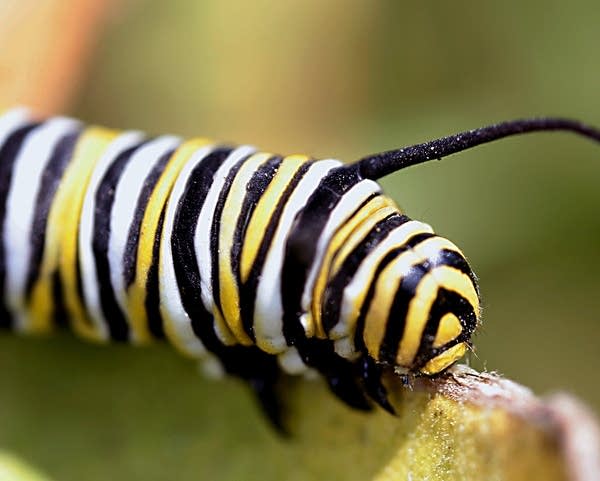 Citizen scientists can help the effort to improve habitat that supports the monarch populations.

No expertise is needed, said Koenig. Volunteers can find instructions online and simply share their observations, which will be compiled along with those from observers in Canada, elsewhere in the U.S. and in Mexico.

The data will be used to help prioritize monarch initiatives.

"Researchers are able to identify priority areas for where monarch conservation actions need to take place throughout North America," said Koenig. "This is a great opportunity for those that really want to participate and help make a difference for monarch butterflies and other pollinators as well."

To read the original article and see related reporting, follow this link to the MPR News website. https://www.mprnews.org/story/2019/07/27/monarch-butterfly-blitz-needs-citizen-scientists