MPR News: On the North Shore, many hands work to help a dying forest Northern Minnesota once boasted stands of massive white and red pine — the kinds that lived up to 350 years, with trunks 4 or 5 feet in diameter.

When they were logged out, trees with shorter life spans, like birch, took their place. Now, those trees are dying off.

What's the answer? For now, it's plant more trees.

“There's so much destruction," said Emily Krulc as she and her Minnesota Conservation Corps team planted white pine seedlings on a recent, wet day in Minnesota's Arrowhead region. "How can we find a balance between our needs, human needs, and also still caring for the lands that essentially [are] going to be what sustains us?” 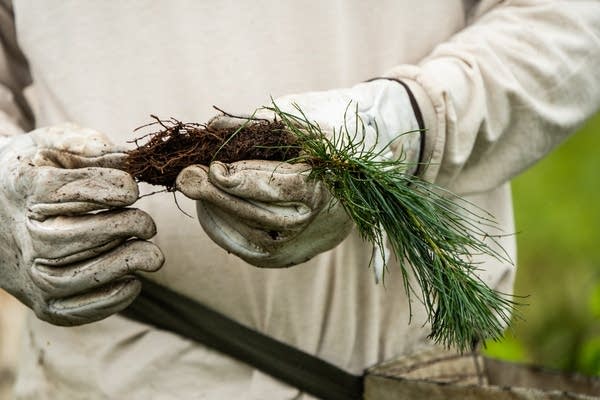 A Minnesota Conservation Corps member loosens the dirt from a white pine seedling before planting it in the Moose Creek watershed near Schroeder.  Photo:  Evan Frost | MPR News

Efforts to restore Minnesota’s iconic forests face numerous obstacles — from invasive species competing for space to deer eating tree seedlings before they get a chance to grow. But they're crucial to the Arrowhead region’s ability to continue providing environmental and economic benefits for decades to come.

Planting is the painstaking, unheralded work that will give the forests a chance.

‘We have to get out there and make it happen’

Using planter bars and chainsaws to clear out any undesired growth, they planted a tree every 10 to 12 feet. Figuring out exactly where to plant a tree is something of a guessing game.

“Humans don't always know where trees want to go,” Krulc said, “so we're kind of doing our best to guess you know where these white pines might like to grow and getting them in the ground.”

Sometimes it works best to plant a baby tree among fallen branches lying on the ground, she said. Other times, trees just go where the soil is soft enough to get them in the ground.

When the seedlings get a little older, workers plan to install fencing around the tree or attach bud caps, paper stapled over the top of the tree. These measures protect the young trees from hungry deer.

The Conservation Corps crew was working on land owned by the Rajala Woods Foundation, a nonprofit established by the electrical utility Minnesota Power. 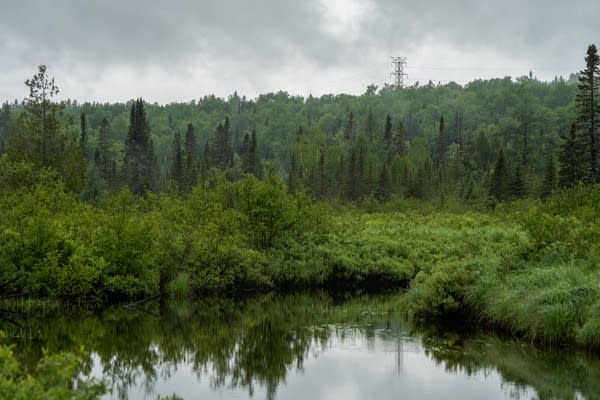 This 1,200-acre plot sits along Moose Creek, some 30 minutes’ drive inland from Lake Superior. The landscape is a thick, relatively young forest. Utility towers stand out above the trees, slinging wires above the trees.

“If you look around, you're challenged to see any white pine or red pine or jack pine,” said Kurt Anderson, the foundation’s chair.

Anderson’s job is to change that. Rajala Woods is in the early stages of a project to plant 3 million white pine and other trees with long lifespans in forests in central and northeastern Minnesota. 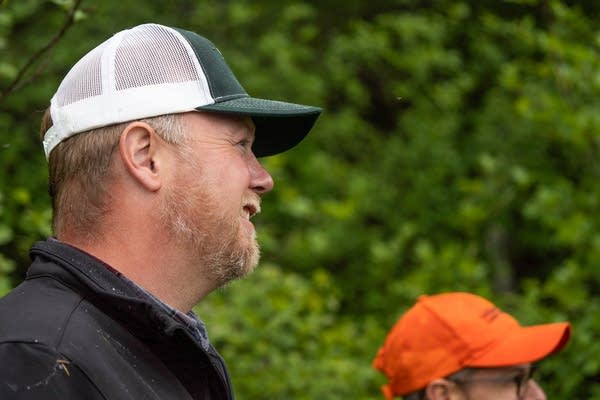 Its namesake, Jack Rajala, was a white pine advocate who planted some 3 million trees in his own lifetime. He also made his living from the timber industry that was responsible for cutting most of the trees in the first place.

Logging of the huge white pine began in Minnesota in the mid-19th century.

Many white and red pine were harvested and sent to market in the following decades. “At that time the forest supply of these long-lived tree species seemed inexhaustible. And that obviously wasn't the case,” Anderson said.

Some major wildfires and droughts took a toll on the woods, too.

As the forest grew back, it was different. Birch and other trees with shorter life spans, like aspen and balsam fir, became abundant. Long-lived pines, more scarce.

“White pine was brought over to Europe to grow in some nurseries to bring back over here,” Anderson said, “and during that overseas trip, blister rust was introduced to white pine.”

Blister rust, a fungus that can infect and kill white pine, became a veritable enemy. So did a growing population of whitetail deer, which found an ideal habitat in forests that had been cleared out by logging.

Modern forest restorers have learned from past mistakes. In 1997, Rajala published a guidebook for how he believed restoration should happen.

“If we want to bring [the white pine] back, we have to do far more than wait for it to just happen —we have to get out there and make it happen,” Rajala wrote in “Bringing Back the White Pine.” 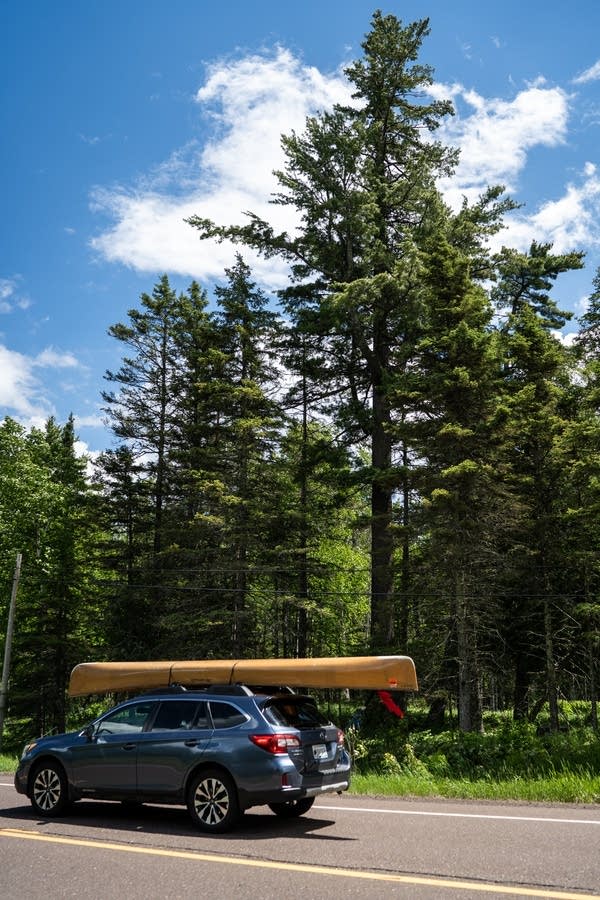 Today, Anderson said, the short-lived tree species are reaching the end of their lifespan. That explains the declining birch stands along Lake Superior.

As this continues, he said a worst-case scenario means an unrecognizable forest.

Some scientists have projected a savanna-like habitat in northeast Minnesota’s Arrowhead region.

Jim Manolis, forest conservation program director at The Nature Conservancy, said a “perfect storm of factors” are leading to this dying forest — from bugs to invasive species to hotter temperatures to the deer.

“Forests along the North Shore are dying,” he said. “I think it's safe to say there's hundreds of thousands of acres that are in poor condition and need some need some help.”

While there’s no measurement on exactly how much forest is dying or at risk, Manolis said, the Nature Conservancy is working on a comprehensive map using lidar and other data sources.

Forest advocates say there’s hope for the white pine, but not without a lot of human intervention.

This forward thinking would prime the forest to withstand climate change and economic changes. It’d also make it a continued haven for nature lovers, and the creatures that keep them coming back.

To read more of the original article, hear an audio story and read related environment reporting, follow this link to the MPR website.  https://www.mprnews.org/story/2019/07/25/north-shore-forest-restoration-white-pine