A diving bell was lifted from water and debris inside the boathouse at Duluth's Glensheen Mansion on Thursday, July 11, 2019. Glensheen director Dan Hartman estimated it at 8 to 9 feet high, and 5 feet across. Photo courtesy of Glensheen

For years, it lurked beneath dark water and debris in the boathouse at Duluth's historic Glensheen Mansion.

Some metal cables poked above the surface. A few rivets could be seen in the water. The rest of the massive object, whatever it was, was concealed in the boathouse slip along the shore of Lake Superior.

Stories handed down by generations of the Congdon family, who built the landmark mansion-turned-museum on Duluth's east side, claimed it was a diving bell that belonged to a relative who lived on the estate in the 1920s. 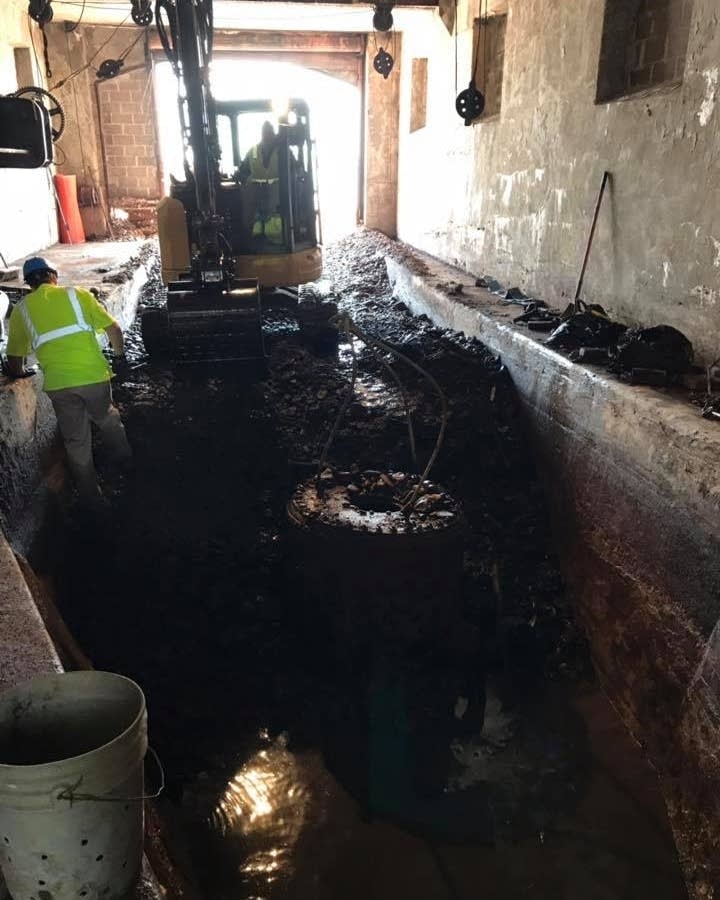 But as the mysterious object was finally raised from the water on Thursday, those doubts were kicked into the murky depths. It appears it really was a diving bell at rest in the boathouse all those decades — yet another surprising find at an estate that seems to have no end of odd objects and hidden features still waiting to be rediscovered.

"It's this kind of a really cool thing where here's this family legend that sounded, frankly, unbelievable — and turned out to be probably true. So now we're really trying to dive into the rest of this of, 'why did the family have a diving bell?' " Hartman said.

At their most simple, diving bells are lowered into the water and trap air inside, which divers can use to breathe as they conduct underwater work. Some feature tanks of compressed gas to maintain the air pressure and oxygen levels inside.

The one at Glensheen is a large metal cylinder atop a massive, square concrete base. Hartman estimated it at 8 to 9 feet high, and 5 feet across. Metal rings affixed to the base may have been used to hold air tanks. The concrete served as ballast and to steady the diving bell.

Hartman said the boathouse — a relic in its own right, one of just a few of its kind left on Lake Superior — took a beating during a severe storm in fall 2017. Massive waves busted open the boathouse's lakeside doors and deposited tons of beach rock inside the structure.

Crews had started to finally clean that rock out in recent days when it became clear that to complete the work, the object in the boathouse slip would need to be removed. With heavy machinery already on-site, everything aligned to lift it out. 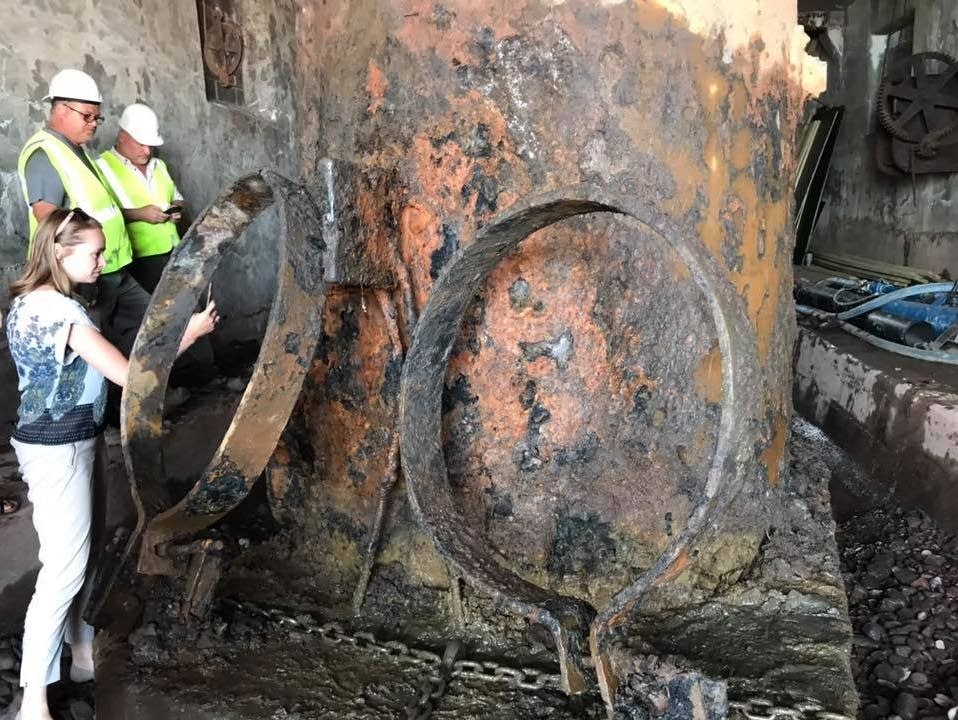 "Alfred, we know, was kind of an engineer... and he loved to tinker with things," Hartman said. "He's kind of the experimenter of the kids. So if there was anyone that would make sense to have a diving bell, it would have been Alfred. And as the family legend has it, he used the diving bell to check on the condition of the pier out on Lake Superior."

Hartman said the Glensheen diving bell will be visible on tours as the mansion staff determines how to preserve and display it for the long-term.

"We're trying to do two things right now," Hartman said. "One — we're trying to make sure that whatever we decide to do with it, it's going to help preserve it for the long-term, so that future visitors coming to Duluth can really get to know the story of this diving bell. And to do that right goes into No. 2 — which is how do we take care of it? So we're going to be reaching out to some conservators and say, 'this is a large metal-concrete object. What's the best way to take care of this? What's the best museum environment for it?' "

And Hartman said they want to learn more about the history of the diving bell, and how it was used. Anyone with information can contact Hartman at [email protected]

The diving bell isn't the first unusual object to surface at Glensheen in recent years — though Hartman said it may top them all. His previous top find? Original construction documents for the building of the Panama Canal, tucked away unnoticed for decades in one of the mansion's most-visited rooms.

"There's so much of the unexpected here," he said.

To read the original article and see related reporting, follow this link to the MPR News website. https://www.mprnews.org/story/2019/07/13/diving-bell-discovery-duluth-glensheen-mansion