Looking back: 20 years ago, blowdown flattened swaths of Boundary Waters In this Tuesday, July 6, 1999 file photo, a home on the south shore of Gunflint Lake in northeastern Minnesota is framed by the devastation caused by a storm that passed through the Boundary Waters Canoe Area over the Fourth of July weekend. Brian Peterson | AP file 1999

Twenty years ago on the Fourth of July, the Boundary Waters Canoe Area Wilderness withstood a storm that transformed the region.

The storm, known as a derecho, produced straight-line winds of up to 100 mph, which uprooted and toppled nearly 500,000 acres of the BWCA's trees in a massive blowdown.

It began in Fargo mid-morning on July 4, 1999, and plowed at a northeasterly angle across the state. It mowed across northeastern Minnesota, crossed into Canada, and fizzled out in Maine the following morning.

The strongest part of the storm hit the Boundary Waters around noon, just a few hours after it had begun.

"A swath of forest from near Ely all the way over to the Gunflint Trail — so, 40 miles long, and from 5 to 10 miles in width — was totally leveled," said Lee Frelich, director of the University of Minnesota Center for Forest Ecology. 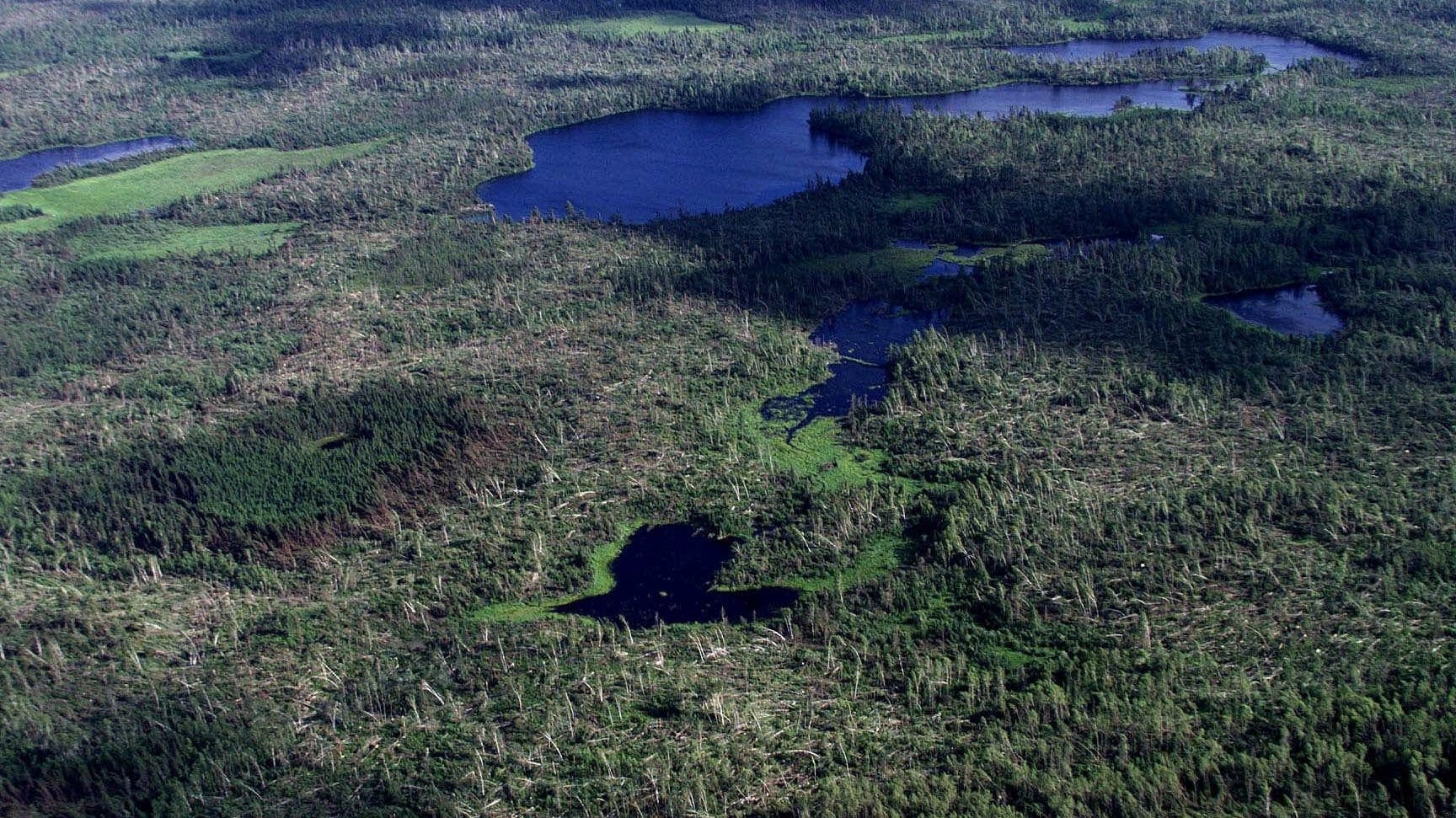 The storm came through at the height of BWCA camping season, and while many visitors to the wilderness area were injured, no one was killed. Injured campers had to be airlifted in helicopters because many portages were blocked by the thousands of fallen trees.

The derecho also brought down about seven inches of rain, which caused flooding in some areas of the BWCA. The excess water made the trees heavier and more likely to fall down.

Two decades later, the effects of the storm are still visible in the region, Frelich said — primarily in the species of trees that now grow there.

Many of the white and red pine the Boundary Waters has become famous for went down in the storm, Frelich said, but that made room for other seedlings to grow.

"What we see today is a mosaic," Frelich said. "So instead of it being only pine, the way it was historically, it's spruce, fir and cedar, or birch and aspen."

Frelich said a storm of this magnitude occurs once every one or two decades. But as the climate warms, he said, they could become more frequent.

To read the original article and see related reporting, follow this link to the MPR News website.  https://www.mprnews.org/story/2019/07/04/bwca-boundary-waters-blowdown-anniversary
News