Commentary: A Surprising Idea About the Risks of Extinction A wolf is released on Isle Royale in 2018.  Photo:  National Park Service

Isle Royale is 200 square miles of land in the watery expanse of Lake Superior. One cold winter 70 years ago, wolves came over an ice bridge and settled into a largely isolated island existence. Unfortunately, island life has not been good for them.

By 2016, the number of wolves on Isle Royale declined from a peak of 50 to just two, a male and a female. As a result of inbreeding, they were half-siblings as well as father and daughter. They had a pup together that lived less than a year. Even before that, scientists were finding wolves on Isle Royale with crooked spines and extra ribs.

The wolves of Isle Royale inspired Chris Kyriazis and his colleagues at UCLA to simulate animal populations over hundreds of generations. Their findings were counterintuitive: What doomed the wolves is not just the small number that have lived on the island in modern times, but perhaps also the large number of wolves that lived thousands of years ago. Kyriazis presented his study at the Evolution 2019 conference, and the team posted a preprint of the article, which has not been peer reviewed yet, on bioRxiv.

A large ancestral population can lead more quickly to extinction, the authors argue, because harmful but recessive mutations are not purged over thousands of years. The chances of any one individual getting two copies of the mutation is low, so natural selection doesn’t get a chance to act on it. But if the breeding population then dramatically shrinks—as when the wolves of Isle Royale isolated themselves from wolves on the mainland—those harmful mutations start to come into play.

“People usually just think about how small is the population now—and how small it’s been over the last 100 years,” Kyriazis says. These simulations suggest the deep history of a species even thousands of years ago can be relevant for conservation today.

The team next simulated what this finding might mean for the practice of genetic rescue, when individuals are brought in to diversify an inbred population. The Isle Royale wolves actually went through a natural genetic rescue when a lone male wolf arrived on this island and had 34 pups. But this “rescue” ultimately failed, ending with the two wolves left in 2016. In 2018, the National Park Service actually moved the first of 15 wolves to Isle Royale as part of a planned genetic rescue. The simulations suggest that rather than aiming to introduce the most genetically diverse wolves from the biggest populations, one might go for wolves from more moderately sized populations.

In practice, though, actually applying these findings will be easier said than done. “It can be a useful guide to help us to think about those deleterious, recessive mutations, but at the end of the day you have to do what you have to do because there’s only wolves in so many places that can be moved,” saysKristin Brzeski, a conservation geneticist at Michigan Technological University who studies the Isle Royale wolves. Eight of the recently relocated wolves came from Michipicoten Island in Canada, where caribou, their usual prey, had disappeared. The wolves were starving and had to be moved if they were going to survive.

Philip Hedrick, a population geneticist at Arizona State University who has studied the wolves at Isle Royale, says the simulations oversimplify a few things. Greater genetic variation also helps a population adapt, for example, especially as climate changes in the future. And often, the frequencies of lethal mutations decrease over time even in large populations, since having just one copy of a lethal mutation can slightly decrease an individual’s fitness, he says.

In the meantime, the genetic rescue at Isle Royale has hit a few unrelated snags. Two relocated wolves died and another left the island when an ice bridge formed during the polar vortex this winter. But scientists have been studying the wolves there for 50 years and will likely continue to for much longer. Isle Royale has one of the most well-studied wolf populations in the world, and it may well reveal how genetic rescue actually works. 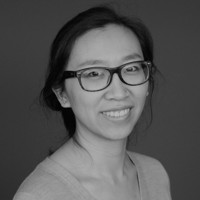 SARAH ZHANG is a staff writer at The Atlantic.
Outdoors