The idea for a fishing league started with a casual conversation at a winter meeting of Minnesota school superintendents. And by its inaugural season last summer, the newly formed Heart O'Lakes fishing league had 14 schools and 280 students signed up to fish competitively.

It hasn't slowed down.

"This year, we've grown to 22 schools and over 450 kids," said Hawley School Superintendent Phil Jensen, one of the league's founders. "Way beyond our expectations."

The league kicked off its second season last week on five lakes across northern Minnesota. On Big Cormorant Lake in Becker County, a steady stream of 40 boats slipped from trailers and into the lake. Students clutching fishing poles hopped aboard.

"Our goal here is to get the kids out fishing," Jensen said. "We've got a small competitive piece to it, but it's more about getting kids out fishing, introducing them to the sport and hopefully we get some of these kids away from screen time and get them out here doing something that they can do the rest of their lives." 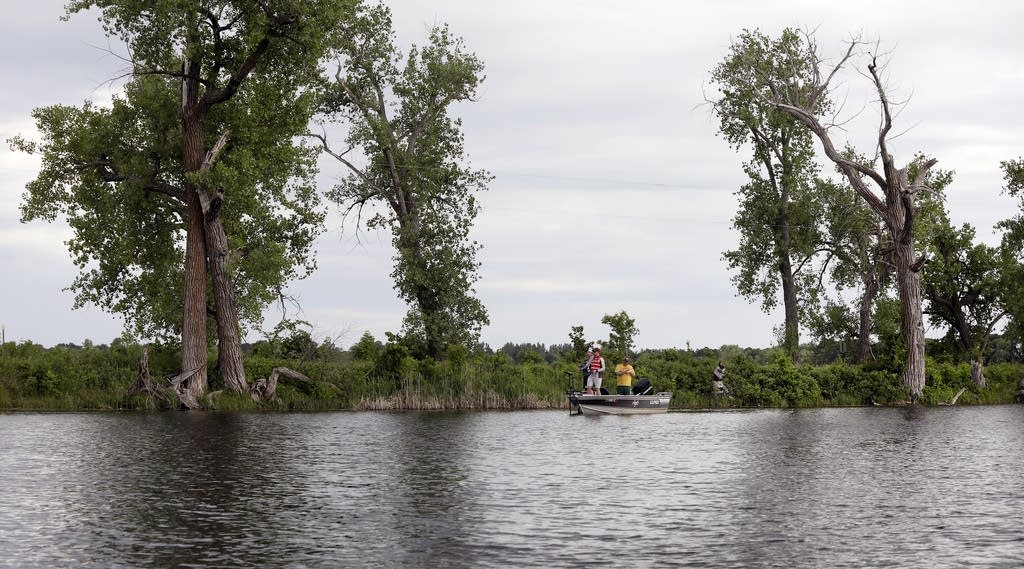 The league has already grown significantly from its first season. It's now far too large for a single lake: Its opening event this year drew more than 200 boats with teams of two students and an adult boat operator, who spread across the five lakes. It was the first of four tournaments the league will host this summer, followed by a team championship in August.

In a small bay across Big Cormorant Lake, Hawley High School students Derian Gerdes and Marcus Rosing are trying to lure bass from the vegetation and dead trees. Derian's dad, Jeremiah Gerdes, is running the boat.

The teens will both be seniors next fall. Rosing is involved in football and music during the school year. But summers, he said, are for fishing.

"It's something that I plan on doing in the summer, regardless, so doing it competitively just makes it that much better," he said. 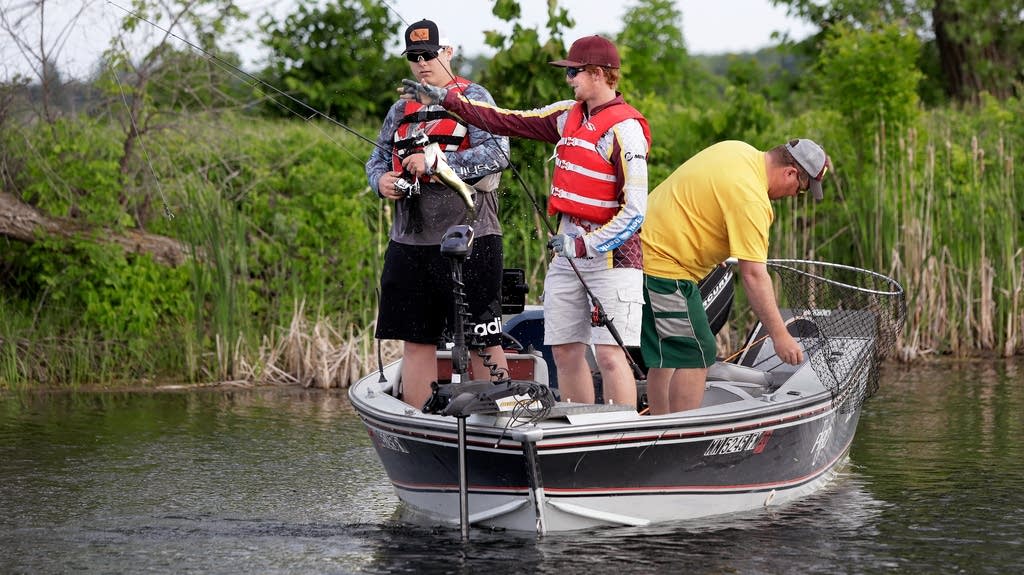 Derian Gerdes pulls another bass out of the water as Hawley teammate Marcus Rosing looks on during the Heart O'Lakes fishing league event.  Photo:  David L. Wallis for MPR News

Gerdes said he's been a serious angler for about five years.

"[I] love just to go out on the water and fish. Especially, like with bass, I love the fight. The fight's just amazing," he said — seconds before hooking a bass that burst out of the water to grab his lure floating on the surface.

The fish —measuring 18 inches long — adds four points to the team's scorecard before Gerdes and Rosing release it back into the water. Points are assigned based on fish species and length.

Teams are scored on their top five catches of the night. And after the fishing ends, the league hands out team and individual awards — plus hot dogs and chips.

Some students are avid, experienced anglers. Others had never fished before. And the majority of students in the league are in junior high — seventh and eighth grade.

"We've kind of found with the older kids, they haven't figured out whether it's cool yet or not, so our numbers are really in the young kids, which is good," said Jensen.

Right now, Jensen said, the teams' volunteer coaches are swamped just trying to manage the league's unexpected growth, but next year they hope to do a better job of things like recruiting more girls to competitive fishing.

To read more of this original story and hear an audio report, follow this link to the MPR News website.  https://www.mprnews.org/story/2019/06/21/student-fishing-league-catching-on-in-minnesota-lakes-count...