U.S. Rep. Betty McCollum, D-Minn., wants the federal government to complete a canceled study on the potential risks of opening a copper-nickel mine within the watershed of the Boundary Waters Canoe Area Wilderness.

McCollum on Tuesday introduced language into a funding bill for the Department of the Interior that would force the U.S. Forest Service to finish the study. It was launched as part of a proposal in the waning days of the Obama administration that imposed a 20-year mining ban on more than 200,000 acres of the Superior National Forest within the Boundary Waters watershed.

That study has since become a major point of contention between groups fighting to block Twin Metals Minnesota's proposal to build an underground copper-nickel mine near Ely, and the Trump administration, which has made a series of moves to breathe new life into the project.

In its proposal two years ago to impose the 20-year mining ban and kick off the environmental study, the Forest Service wrote that mines in the Boundary Waters watershed "could lead to irreversible impacts upon natural resources" and expressed concern over "the perpetual treatment of water discharge" that "would likely be required."

The agency began the environmental study in January 2017. It had been underway for about 20 months when U.S. Agriculture Secretary Sonny Perdue canceled it and the application for the mining moratorium, known as a "mineral withdrawal," saying that the analysis up to that point "did not reveal new scientific information." 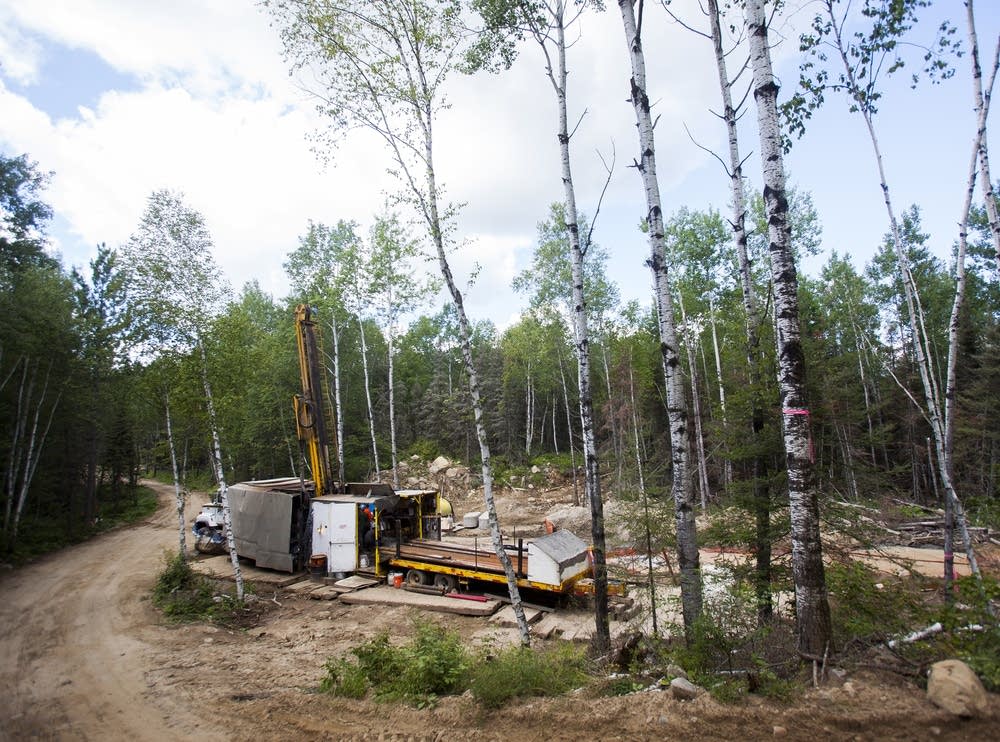 In announcing the decision, Perdue, a Trump administration appointee, said it's possible to both "protect the integrity of the watershed and contribute to economic growth and stronger communities."

Since then McCollum and others have asked for the portion of the study that was completed to be released to the public. This legislation directs Perdue to reinstate and complete the analysis, and would also forbid the Interior and Agriculture departments from advancing any mining proposal that lies within the Boundary Waters watershed until the study is completed.

"Until the departments address the question of whether mining, especially copper-sulfide ore mining, is appropriate on National Forest System lands in the Rainy River Watershed," the bill reads, "no action to advance mining in this area should occur."

U.S. Rep. Pete Stauber, R-Minn., who represents northeastern Minnesota, where the mine would be located, shot back.

"It is disappointing to hear of another attempt by my colleague from the Twin Cities to ignore the will of my constituents and halt mining in northern Minnesota," Stauber said, adding that local economies in the region depend on mining and the high-paying jobs it provides.

McCollum is stepping up legislative action less than a week after the federal Bureau of Land Management renewed two key mineral leases held by Twin Metals Minnesota, as it vies to build an underground copper-nickel mine near Ely, just beyond the southern edge of the Boundary Waters wilderness.

Those leases pave the way for Twin Metals to submit a mine plan of operation, which would then jump-start a state and federal environmental review and permitting process, which would take several years.

The company has insisted it's premature to evaluate the environmental impacts of its proposal until it submits the mine plan, which will detail how the company intends to mitigate pollution at the site.

Twin Metals says it intends to submit that plan later this year, although several environmental and outdoor groups and businesses have filed lawsuits to try to overturn those leases.

Late last week McCollum also inserted language into a bill directing the U.S. State Department to detail how the government plans to mitigate the risk of pollution from potential mines flowing into Canadian waters.

To read the original article and see related reporting on the Boundary Waters, follow this link to the MPR News website.  https://www.mprnews.org/story/2019/05/21/rep-mccollum-asks-feds-to-complete-study-on-mining-near-bou...