It could be good news for Monarch butterfly watchers in northern Ontario.

A big boost to Monarch numbers —  the World Wildlife Federation estimates an increase of 144 per cent —  means more of the fluttery insects could make their way north this summer.

This winter, researchers found the butterflies occupying 6.05 hectares of pine and fir forests in the mountains of Michoacan and Mexico states. That's an increase from 2.48 hectares a year ago.

They arrive in such numbers that their population is measured by how much surface area they cover. 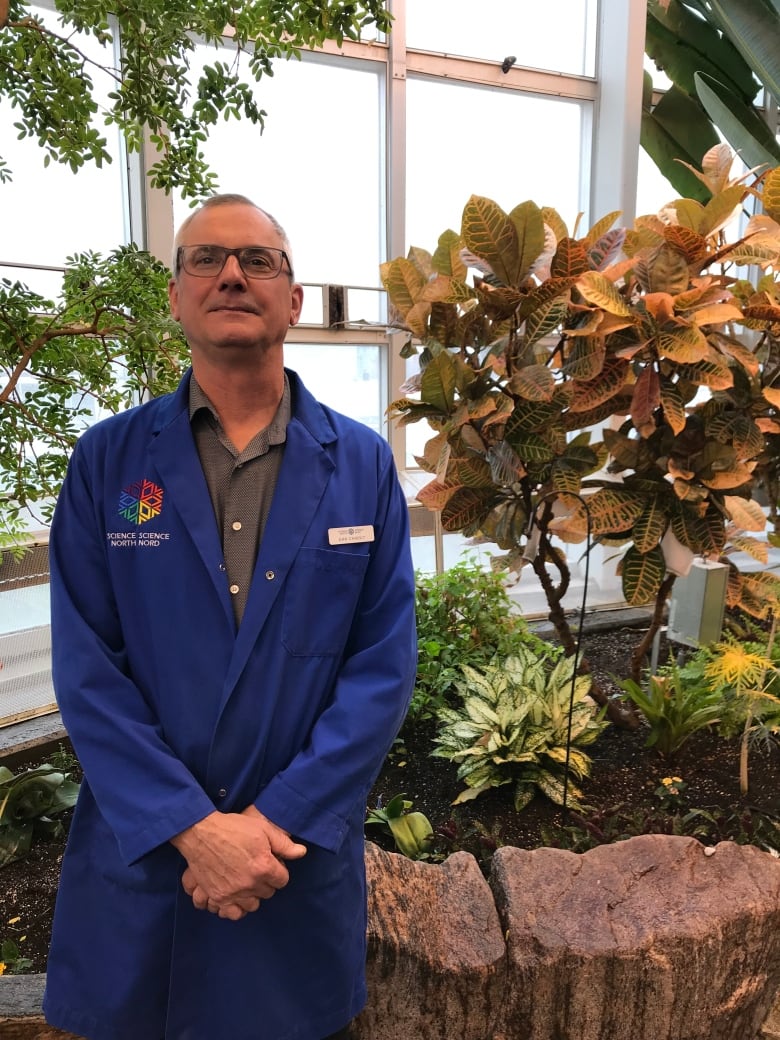 But Dan Chaput, a staff scientist at Science North, said the butterflies still have a long road on the migration ahead, one filled with peril.

"It depends on what they encounter between Mexico and coming back to Sudbury in the subsequent generations," Chaput said.

"But there's a lot of conservation efforts out there now and I think we're going to see the numbers increasing a little bit." 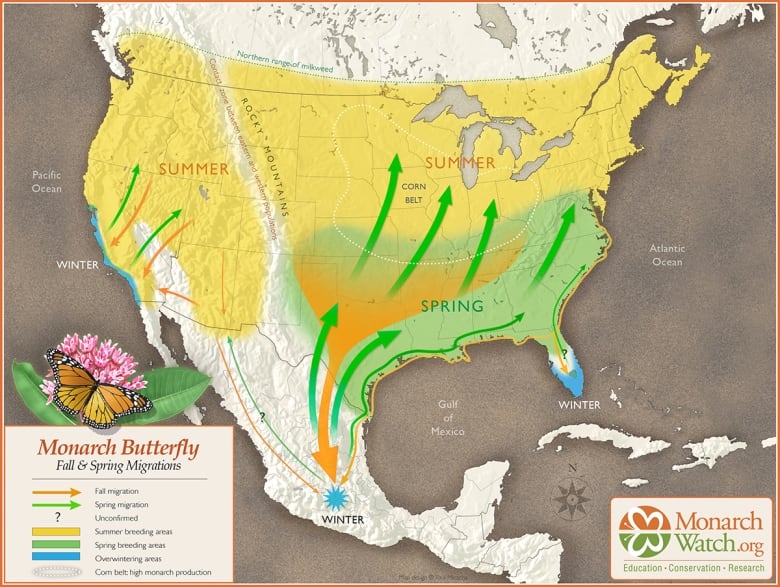 Monarchs make a yearly migration from their breeding grounds in Mexico as far north as Lake Superior. Image:  MonarchWatch.org

The Monarchs winter in Mexico, and follow a migratory path through the southern United States in the spring, feasting on milkweed along the way. They appear around the Great Lakes in summer, and could arrive in the Sudbury area in mid to late July.

Chaput said that recent efforts at attracting the Monarchs, as well as conserving milkweed, has contributed to an increase in sightings over the past few years.

"What I'm seeing...is that the caterpillars are showing up on the milkweed plants [in Sudbury] and they're going through their whole life cycle," Chaput said.

"So we're seeing more Monarchs here than we ever did before, but we didn't have a lot of milkweed once upon a time and now we do."

To see the original article and read related reporting, follow this link to the CBC News website.  https://www.cbc.ca/news/canada/sudbury/monarchs-migration-northern-ontario-1.5135245