Ice jams cause flooding along some Minnesota creeks, rivers Ice jams continued to cause flooding along several Minnesota creeks and rivers on Sunday — and authorities said additional ice jams and flooding were possible in the coming days.

An ice jam caused the Cottonwood River in New Ulm, Minn., to rise about 5 feet in six hours late Saturday and early Sunday, according to the National Weather Service.

That sent water over a roadway as authorities monitored the situation. The river stage stood at 15.72 feet as of 7 p.m. Sunday, after having topped 16 feet the previous night; 16 feet is considered major flood stage for that gauge.

"Cottonwood Street is closed at the bridge," New Ulm police posted on Facebook on Sunday morning. "Water is flowing across the road. Please for safety, refrain from trying to drive past the barricades. It's very unsafe and also a very expensive ticket from us." 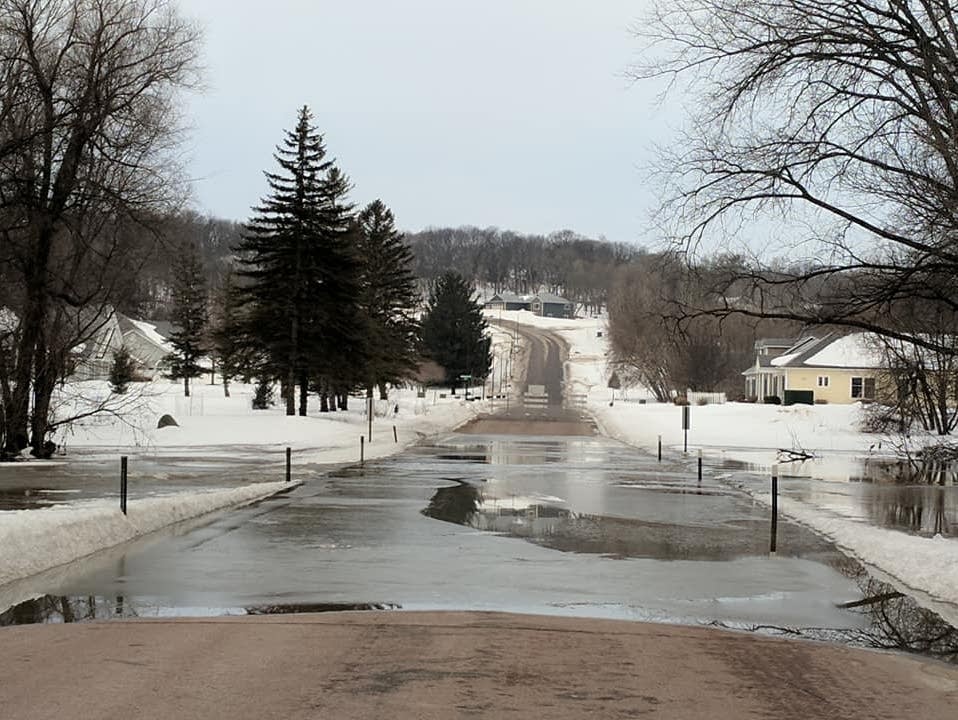 Meanwhile, flooding continued to plague a neighborhood in Jordan, Minn., on Sunday, as an ice jam sent the waters of Sand Creek out of its banks.

"Jordan Public Works with help and heavy equipment from S.M. Hentges & Sons Inc. worked to free the newly formed ice dam on the Highway 169 bridge early this afternoon," police reported Sunday. "As soon as the ice dam was cleared and water was able to flow freely under the bridge, water levels on the east side of Highway 169 quickly dropped by nearly 3 feet."

Jordan's Valley Green Mobile Home Community was evacuated Thursday, and police on Sunday advised against travel by vehicle to and from the neighborhood. An emergency shelter remained open at Jordan High School, about 2 miles away; 13 people remained in the shelter on Sunday.

The water level continues to fluctuate; a flood warning remains in effect until further notice. 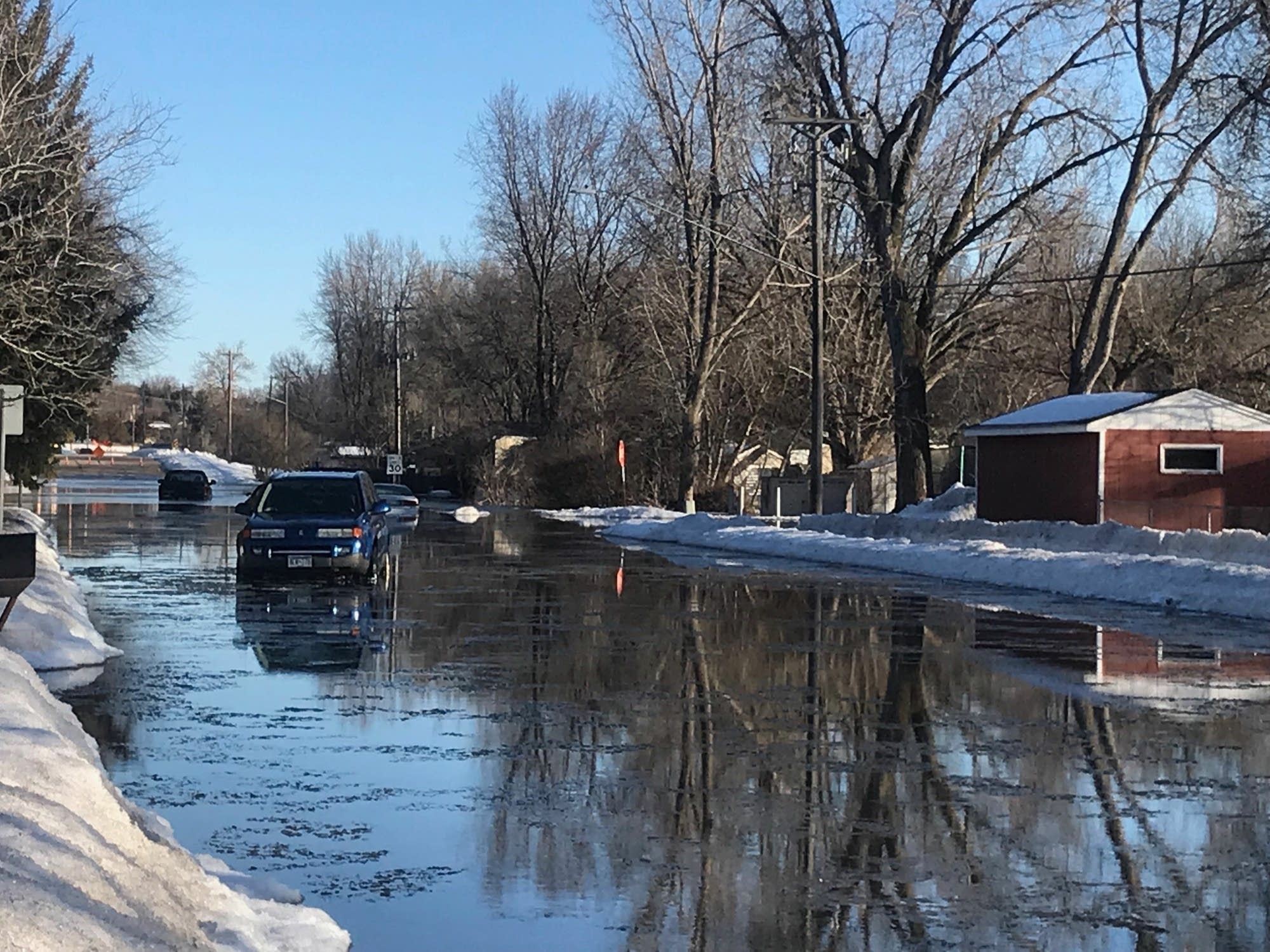 And the Weather Service issued a flood watch for stretches of the Zumbro River near Pine Island and Berne. Forecasters said ice jams along the river — if they break — could cause flooding in those communities downstream.

Some state highways remained closed due to high water Sunday, while other highways had standing water but remained open to traffic. A full list of affected highways can be found on the Minnesota Department of Transportation's 511 website.

The flooding across the state in recent days is largely short term, in the wake of rain and quickly melting snow. Cooler conditions over the weekend slowed the snowmelt — but longer term, there's a risk for significant spring river floodingacross the state in the coming weeks.

To read the original article and see related flood reporting, follow this link to the MPR website.  https://www.mprnews.org/story/2019/03/16/flooding-continues-minnesota-creeks-rivers