Whiteout conditions forced the Minnesota Department of Transportation to close Interstate 90 overnight between Jackson and Austin, and Interstate 35 from Owatonna to the Iowa border. As of 6:30 a.m., MnDOT was advising no travel across a wide swath of southern Minnesota, from Worthington east to Rochester, Winona and Red Wing.

"MnDOT snowplow operators will be on the roads but snowfall rates, at times, will far outpace the work of the plows," read a Saturday night announcement from MnDOT's District 6 in southeast Minnesota.

Minnesota Gov. Tim Walz declared a state of emergency overnight and ordered the National Guard to assist stranded motorists in southern Minnesota's Freeborn and Steele counties. The armories in Owatonna and Albert Lea were opened as shelters. 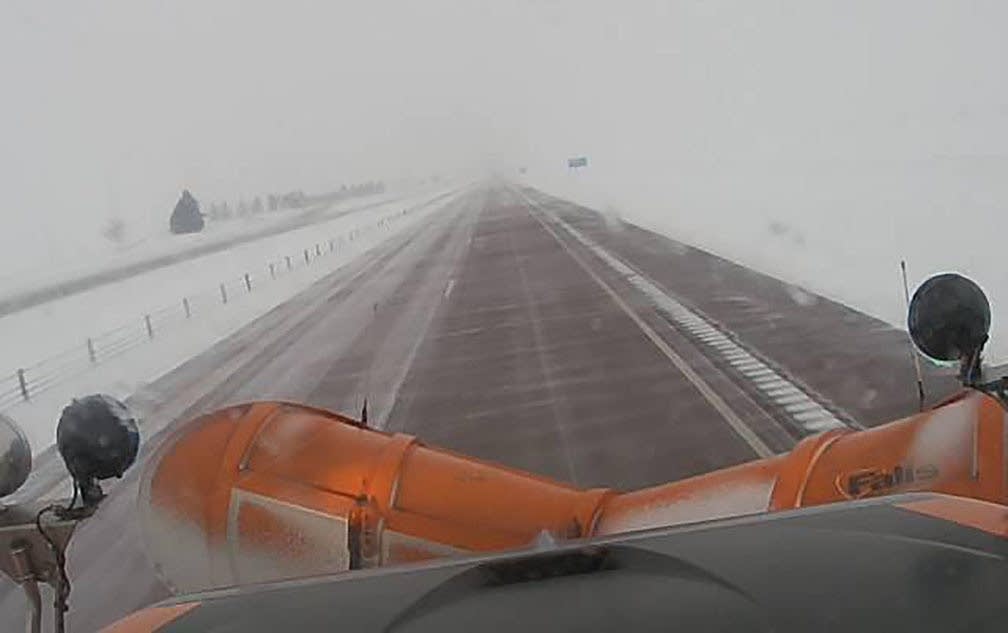 The National Weather Service in the Twin Cities also advised against unnecessary travel during the storm.

"If you must travel, bring a charged cell phone, warm clothes, and tell someone where you are going and when you arrive," the Weather Service reported.

The snowfall has ended across much of the state but northwest winds gusting to more than 40 miles per hour are kicking up the new snow and creating significant drifts and whiteout conditions.

Blizzard warnings are in effect today for about the southwest half of the state, from the Red River valley south to Marshall and Worthington, and east to Mankato, Rochester and Red Wing. The warnings include the southern Twin Cities metro area.

A blizzard warning also is in effect for the North Shore.

Minneapolis, St. Paul and the north metro are under a winter storm warning.

For more on this story and to read related reporting, follow this link to the MPR News website.  https://www.mprnews.org/story/2019/02/23/mndot-stay-off-roads-winter-storm