Seth S. Jeffs being served by an attorney. Photo: KARE

They offered that one-word warning for Minnesota residents who have property near a 40-acre tract recently purchased by one of the leaders of the Fundamentalist Church of Jesus Christ of Latter-Day Saints (FLDS) – a notorious religious group that preaches polygamy and marriages involving children.

Last month, a KARE 11 investigation revealed that a company in which Seth S. Jeffs is a “Managing Member” recently purchased 40 acres in a remote area near Minnesota’s North Shore.

Seth’s brother Warren Jeffs is serving a life sentence for child molestation – and Seth has been accused in a civil lawsuit of witnessing – and helping arrange “religious sexual rituals with underage girls.”

When Karl and Suzanne Von Rump first purchased a cabin nestled in a remote pocket of South Dakota’s Black Hills, the retirees from Faribault, Minnesota thought they had their dream retirement spot. 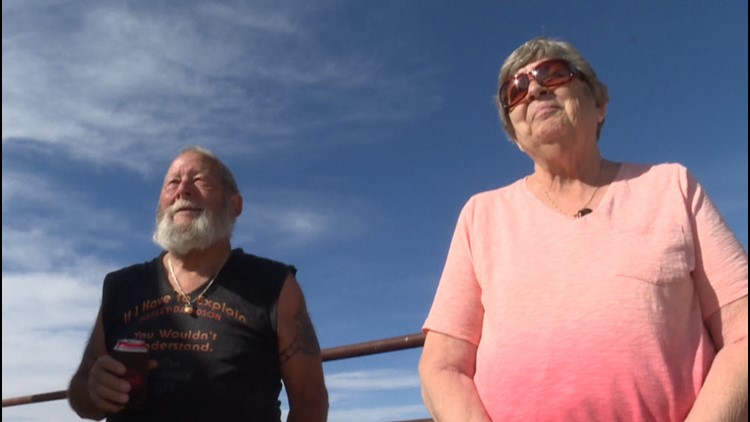 An exasperated sigh is what Karl offers when asked about it now.

The Von Rumps say the pristine views and peaceful retirement spot they imagined went out the window in 2003 when a mysterious religious group moved in and began clearing land on the 140 acres next door.

“We got a compound next to us!” the retired machinist and Navy veteran exclaimed. “Google Earth it - and you can see it.”

The compound is 300 yards away and visible from the Von Rumps' deck.

“They have a guard tower,” said Karl. “It’s almost like Vietnam.”

What goes on behind the walls of the compound remains a mystery, but the secretive sect has a troubling past. 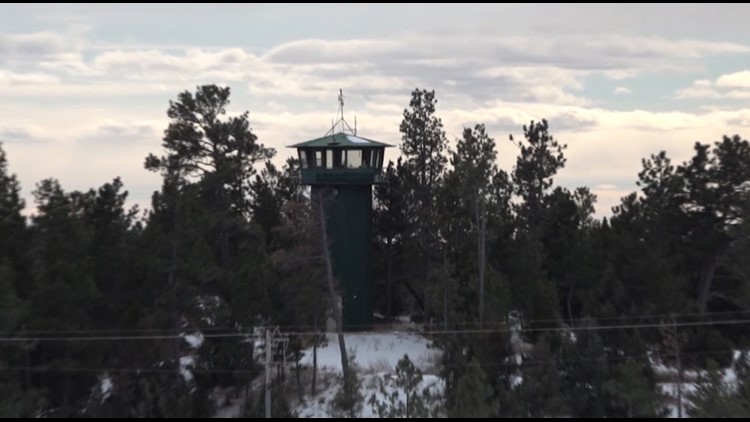 The FLDS split with Mormonism in 1890 when the mainstream church renounced polygamy. For more than a hundred years it was centralized around the remote community made up of the twin cities of Hildale, Utah, and Colorado City, Arizona and had an estimated 10,000 members.

The group was made infamous in the mid-2000s when their self-proclaimed prophet Warren Jeffs landed on the FBI’s Top Ten Most Wanted List when he fled after being indicted for child sex abuse.

Jeffs was sentenced in 2011 to life in prison plus 20 years after being convicted of sexual assault involving two girls, ages 12 and 15, he took as wives. He is said to still be leading the group from behind bars.

FBI records made public in criminal cases against Jeffs show he instructed his followers to set up what they call “houses of hiding” and “lands of refuge” across the country.

One of those “lands of refuge” is the South Dakota compound next door to the Von Rumps.

Karl says the population of the compound is hard to pin down. “At one time I was sure there was over 300,” he told KARE 11. But he believes recently the numbers have dwindled. 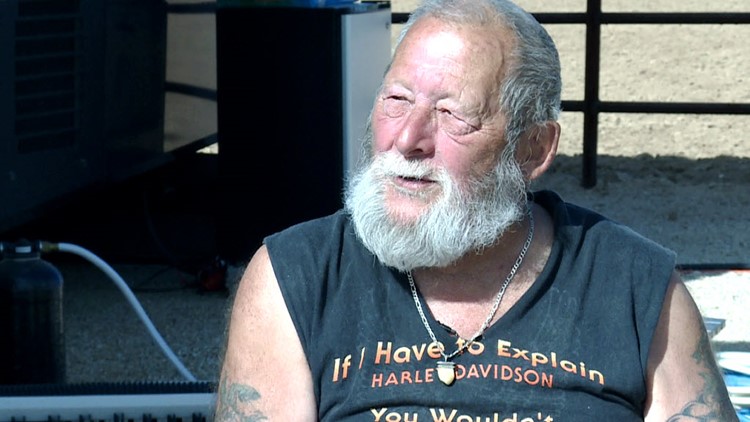 The Von Rumps say they were concerned about all the children they would see on the property who never seemed to be in school and ducked to hide whenever an outsider was nearby.

“It just about killed you,” Suzanne said. “You want to go in and take these kids out of there, but you don’t have right to do that.”

He says the “Bishop” was Seth Jeffs, Warren’s brother.

Seth Steed Jeffs is also no stranger to legal troubles.

He was convicted in 2006 of harboring or concealing his brother Warren who was at the time on the run from the child sex abuse charges.

In 2016, Seth Jeffs also pleaded guilty to food-stamp fraud as part of a federal investigation into the practice of collecting benefits in the name of children but diverting them to the church. He was sentenced to probation.

After that, he dropped off the radar.

Utah attorney Alan Mortensen has been searching the country for Seth Jeffs since 2017, trying to serve him with a lawsuit alleging that he was involved in the ritualistic rape of a young girl.

“We’ve been looking for him for over a year now,” the lawyer told KARE 11. “We could never locate him.”

Mortensen’s client is a young woman identified in court papers as “R. H.”  She claims that as part of a FLDS ritual she was sexually abused “on a regular basis, between five and six times a week, from the age of 8 years-old” until she turned 12.  When she turned 14, she says she was forced to become a “scribe” documenting the abuse of other young girls in the sect.

The lawsuit claims that in his role as a “Priesthood Leader” Seth Jeffs witnessed the abuse by his brother and helped arrange the rituals. 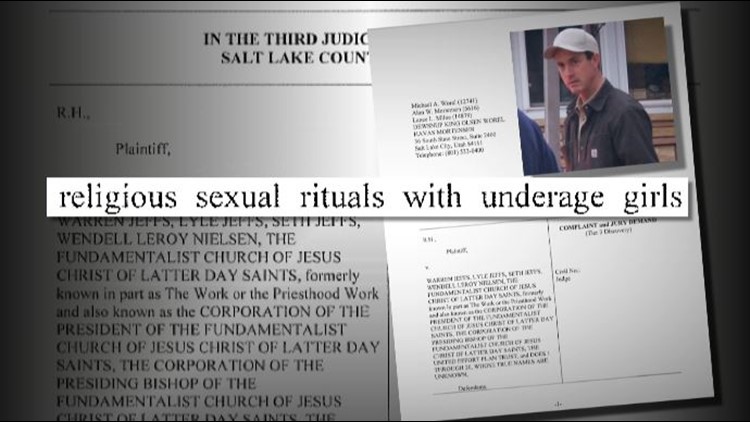 Mortensen says he caught a break in January when he got a tip that Jeffs might be working as a handyman and living in a vacation home he had been hired to renovate in northern Minnesota.

“We’ve gotten reports that he’s been living up here, remodeling a cabin that no one lives in,” Mortensen said.

KARE 11 had gotten a similar tip and even discovered a post – with rave reviews – about Seth’s handyman services on a website for homeowners looking for help.

“Seth is the best. Punctual, hardworking,” one happy customer wrote.

Records indicate the $54,000 cash sale was finalized in August.

North Shore residents expressed concern that a “religious colony” might be being planned like the one in South Dakota.

When KARE 11 visited the heavily wooded land we saw an entrance road, an excavation vehicle, and a sign stating, “No Trespassing.” 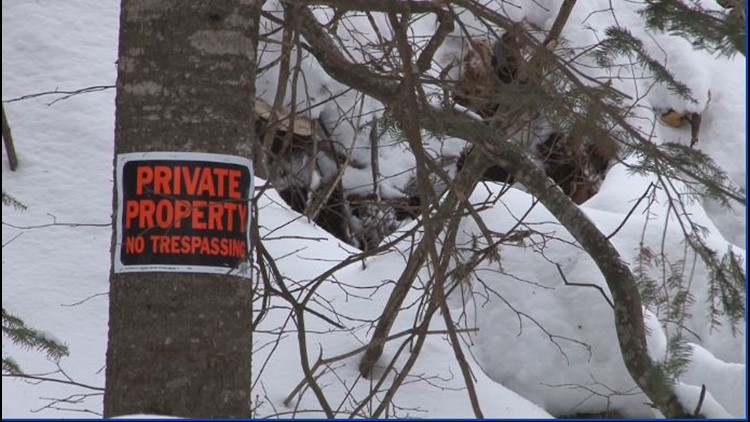 Using public records, KARE 11 documented that a company in which Jeffs is “Managing Member” purchased 40 acres located in a remote, rugged area between Lutsen and Grand Marais.  Photo:  KARE

Records show Jeffs received a permit in December to build a 5,760 square-foot building deep in the property. It’s described as “pole barn” – but with living space and a septic system.

“I’ve heard that one before,” chuckled Karl Von Rump, remembering the first building to go up next to his Black Hills cabin. “To get the permits they said it was a horse barn,” he said.

KARE 11’s cameras were on hand over the course of three days in January as attorney Alan Mortensen tried to find Seth Jeffs and serve official legal documents.

The attorney checked both the purchased property and the cabin where Seth had been reportedly staying in northern Minnesota multiple times.

“No one’s home, unfortunately,” he said after stopping at the cabin.

But KARE 11 was able to discover business records in which Jeffs listed two addresses in the Twin Cities area. There was a mail drop in Eden Prairie and a house in Bloomington.

That’s where we spotted Jeffs – and watched as the attorney finally served him with court papers from Utah.

“We had process servers trying to serve him on several different matters all over the country, and he’s always slipped through,” Mortensen said moments later. “So, this is a big day.” 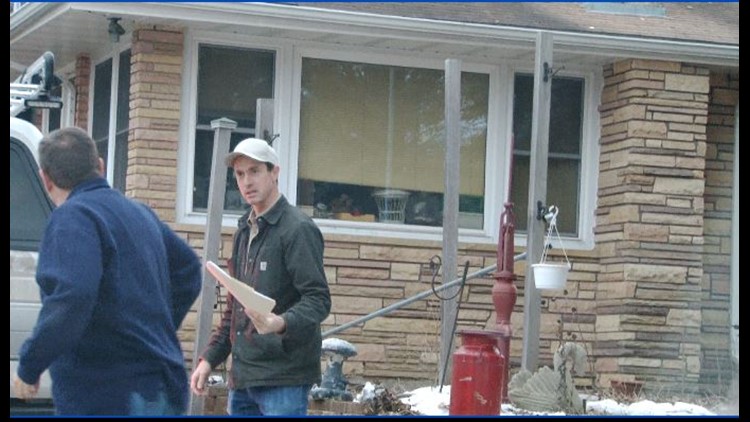 Seth S. Jeffs being served by an attorney.  Photo:  KARE

Minutes after the legal papers were served, KARE 11 reporter A.J. Lagoe knocked on the door asking to speak to Jeffs. Nobody answered.

While in Minnesota, Mortensen also filed documents aimed at placing liens on Seth Jeffs' property – including the 40 acres in northern Minnesota.

The court papers involve a $16 million judgment another child bride is trying to collect. Elissa Wall won her case against Warren Jeffs and the FLDS church in 2017.

Mortensen told KARE 11 he believes the cash used to buy the Minnesota property came from FLDS church-related funds. If a court agrees, victims could seize the property and prevent a new religious compound.

“It’s our goal with these civil judgments to like whack-a-mole,” the attorney said. “When they pop their head up, to whack ‘em down.”

The Von Rumps say they wish someone would have intervened before Seth Jeffs and the FLDS moved in next door to their dream retirement home.

“I hope it doesn’t happen in Minnesota,” Karl said.

To read the original article and see related stories, follow this link to the KARE 11 website.  https://www.kare11.com/article/news/investigations/neighbors-of-polygamist-cult-issue-warning-to-min...