Frozen ice is pushed up on shore on Ghost Lake near Cochrane, Alta., in January, 2019.  Photo:  Todd Kool of the Globe and Mail.

Melting ice roads threaten to cut off remote communities. Toxic algal blooms are likely to spread. And games of winter shinny could disappear within a generation.

The world’s lake ice is rapidly shrinking as global temperatures climb, with potential to upend everything from seasonal transportation links and recreation to the ecological health of tens of thousands of inland waters, scientists said on Monday.

Climate change could see tens of thousands of lakes across scores of countries in the Northern Hemisphere lose annual winter ice cover under current warming trends, a study published in the journal Nature Climate Change has found.

Even if the world’s industrialized countries limit warming to levels agreed to in the Paris climate accord, the big thaw is likely to force hundreds of millions of people to travel farther to reach lakes that freeze each winter. 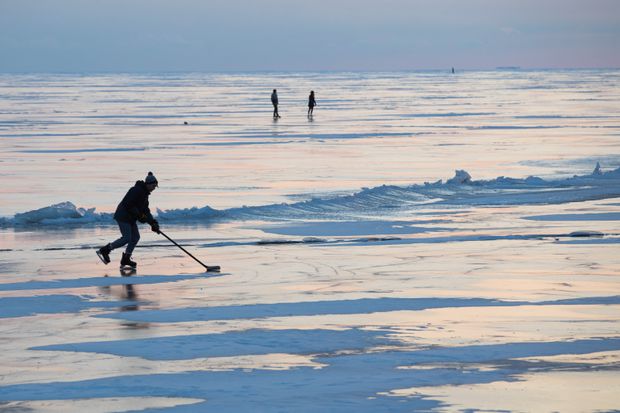 That’s up from 14,800 lakes that currently experience intermittent ice cover and could jump as high as 230,400 under the most extreme warming scenarios. The retreat has major implications for anywhere from 394 million to 656 million people in more than 50 countries and shows that impacts from climate change are not a distant threat, said Dr. Sharma, an expert in environmental stressors on lakes and the study’s lead author.

Some regions in the northern United States, Sweden, Norway and Canada are already seeing change. “We’re already experiencing these changes,” she said in an interview.

"Lake Superior is no longer freezing every winter, and we’re sort of getting these examples – these iconic lakes are beginning not to freeze every year.”

To assess the threat of ice loss, Dr. Sharma and her colleagues built a model using records for more than 500 lakes across the Northern Hemisphere going back to 875 AD. That included 346 lakes in North America, 136 lakes in Europe and 32 lakes in Asia.

They found that mean annual air temperature was the most important factor for explaining ice cover, although lake depth, elevation and shoreline complexity also played a role. 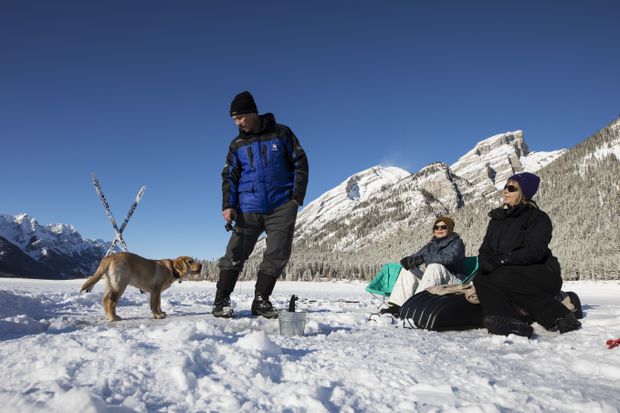 The model correctly predicted a lake’s susceptibility to loss of winter ice cover 95 per cent of the time and was applied to a wider database of 1.4 million lakes to determine which ones would maintain annual ice cover, assuming steadily rising global temperatures.

They found that 57,600, or 4.6 per cent, of ice-covered lakes in the Northern Hemisphere could see intermittent winter ice cover under 3 degrees of warming.

That number falls to 35,300 if worldwide temperature increases are limited to 2 degrees above preindustrial levels, as set out in the Paris climate accord.

Conversely, the number of lakes that experience intermittent ice could jump to 215,600 with little to no action to avert the worst effects of climate change.

The numbers have big implications for water quality and quantity.

Years of reduced ice cover tend to coincide with warmer water temperatures and lower oxygen concentrations that can kill fish and increase the prevalence of toxic algal blooms.

To read more on this story and see related reporting, follow this link to the Globe and Mail website.  https://www.theglobeandmail.com/canada/article-worlds-lake-ice-rapidly-shrinking-as-global-temperatu...