How to Feel Good about the Climate in 2019 In mid-December, negotiators from 200 nations met in Poland to hammer out a path forward from the Paris Climate Agreement. They set tougher targets for greenhouse gas emissions and adopted stricter disclosure rules.

The commitments fell far short of what is needed, but at least the Paris agreement did not melt down. China played a leading role in the process, and despite lack of support from the White House (which has rejected the Paris climate accord), negotiators from the U.S. helped get all parties on the same page.

Back in the United States, the national conversation on climate change has grown increasingly schizophrenic. The Trump Administration continues to deny there’s a problem, while opening up new lands to drilling and loweringemissions standards on cars. Meanwhile multiple reports issued over the last few months offer dire proclamations about climate change with new levels of certainty.

The Intergovernmental Panel on Climate Change report, released in October, hammered home the inevitability of social and economic upheaval.

“No matter what level of warming we get to, the amount of human suffering will depend to a huge extent on whatever we invest in in terms of social equity, education, public services, infrastructure, and so on,” Daniel Aldana Cohen said on Dissent’s “Hot & Bothered” podcast in October.

“The people who are really going to feel [it] will be farmworkers and slaughterhouse workers and others who work where there is no air conditioning.”

“The Chicago area is projected to have sixty days over 100 degrees in some scenarios,” Nancy Langston, professor of environmental history at Michigan Tech who participated in public advisory sessions for the Midwestern section of the report, says in an interview. “And the people who are really going to feel that will be farmworkers and slaughterhouse workers and others who work where there is no air conditioning.” Many of these workers, she notes, are Latinx.

By the end of the century, she says, northern Wisconsin’s August temperatures could be like those of Oklahoma or Arkansas, which would decimate the northern conifer forests. “Lake Superior is the fastest warming lake in the world,” she says. “But it’s also where climate refugees are going to go.”

Langston also notes that the report makes an effort to describe how communities—particularly Indigenous ones—are already responding to climate change. “There’s lots in this report on what people are doing with climate resilience and adaptation planning,” she says. 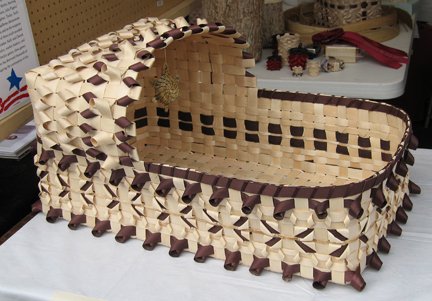 Rising temperatures threaten the Black Ash tree, which indigenous people across the midwest use to weave baskets.

The warming of Midwestern forests is bad news for black ash trees, which are important for traditional basket-making for many tribes in the region. The national report calls out the staff of Menominee Tribal Enterprises, the business operation of Wisconsin’s Menominee tribe, for “creating opportunity from adversity” by replanting a forest opening caused by oak wilt disease with a diverse array of tree and understory plant species expected to fare better under future climate conditions.

Since the year 2000, Langston points out, Minnesota has had eight “mega-rain events.” A 2012 rain in Duluth dumped six inches in as many hours, causing more than $100 million in damage. As a result, the city has made a concerted effort to invest in green infrastructure, with individuals and the city implementing rain gardens, green and blue roofs, permeable pavers, tree plantings, and other water capturing mechanisms that help handle the dramatic flows, green the city, and save money. 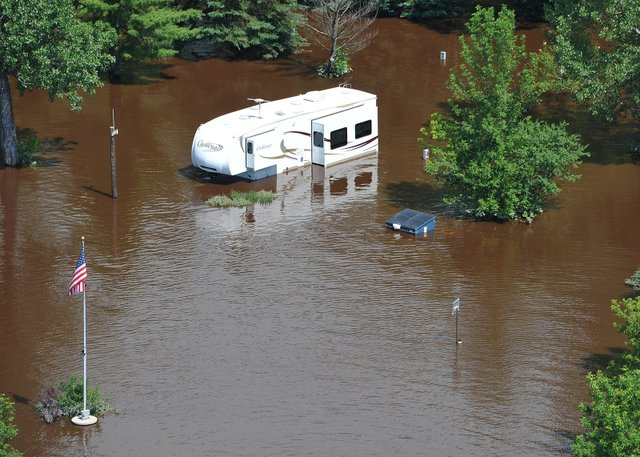 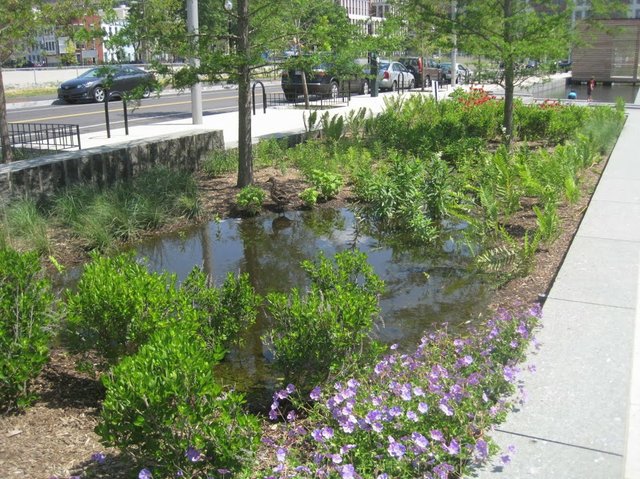 Only days after the National Climate Assessment appeared, the American Meteorological Association released its own special report on extreme weather events. The report’s co-editor, Martin Hoerling of the National Oceanic and Atmospheric Administration, said “the human fingerprint is more evident” than when the AMA began quantifying climate change influence on extreme weather seven years ago.

“People used to talk about climate change as a very complex and difficult problem of the future,” editor in chief Jeff Rosenfeld, told The Washington Post. “But hurricanes and wildfires and bleaching and drought . . . they’re happening to us right now.” A rapidly warming ocean is playing an increasingly strong role, including a devastating marine heat wave off the coast of Australia. “The ocean has its warming temper tantrums just like the weather overland does,” Rosenfeld said.

Given the ever-clearer evidence that our planet is becoming less livable—Bill McKibben recently described it as climate change “shrinking” the planet—and with an administration firmly devoted to denial, where’s a person to feel hope?

One positive indicator is the remarkable intransigence Americans have displayed on climate change appears to be lessening. Nearly three in four Americans believe there is “solid evidence” that global warming is occurring, says new survey data released by Muhlenberg College and the University of Michigan. Similar polling from spring of 2010, showed that only 52 percent of Americans believed there was “solid evidence” of warming.

The remarkable intransigence Americans have displayed on climate change appears to be lessening.

Even more positively, the survey indicates people are increasingly supportive of renewable energy, with 88 percent of respondents saying they support the expansion of solar energy in their states, and 82 percent supporting greater use of wind power.

And, of course, there was the weather helping to change minds. 2018 offered us the warmest May ever recorded. Iowa, New Mexico, and Texas set record highsfor their low temps in June, and nearly 30 percent of the lower forty-eight states was in drought in July. The nation saw devastating floods in Wisconsin, Maryland, and Colorado, and horrendous fires in west, including the Paradise, California fire, which killed eighty-five people.

And while policy makers in remote Washington, D.C., may be dragging their feet, many local leaders have no such luxury. In response to the National Assessment, nearly eighty-five mayors along the 2,350-mile-long Mississippi River corridor released a joint statement of concern.

“We just had one of the driest winters in recent history,” Colin Wellenkamp, executive director of the Mississippi River Cities and Towns Initiative, told E&E news in late November. “If that trend continues, we’re going to see impacts not only to agricultural productivity but the movement of billions of dollars in freight and commodities.”

Perhaps some of this shift in attitude is driven by growing evidence of the fossil-fuel industry strategically undermining efforts to help the American public understand and react accordingly to climate change. (This is with the assistance of the 61 percent of Republicans who, according to the Center for American Progress Action Fund, have in some way raised doubts about climate change.)

A separate industry campaign involving ExxonMobil, Chevron, Phillips 66, and other oil giants, used Facebook ads linked to a website with a picture of a grinning President Obama asking, “Would YOU buy a used car from this man?”and urging people to write to regulators to support the rollback. At least 4,000 did so.

And after Washington state voters failed for a second time to pass what would have been the nation’s first carbon tax, it was revealed that oil companies spent a record $26 million on the opposition campaign. Proponents raised just $12 million.

A ray of hope for 2019 may be that more people are connecting the dots—feeling climate impacts in their own backyards and wallets, realizing the extent of disinformation campaigns, and opening up to the range of responses, many of which solve a number of urgent problems along with responding to climate change.

“It’s happening now, but not too late,” says Langston of this response. “The best carbon sequesters are the trees, and look up in sky, and there’s the best new source of energy.”

On the national stage, the House Climate Solutions Caucus produced in late November the first bipartisan carbon tax bill in nearly a decade. Senator Sheldon Whitehouse of Rhode Island and other Democrats have their ownproposal. Senator Chris Van Hollen of Maryland and Representative Don Beyer of Virginia have also introduced a cap and dividend measure.

A national survey of registered voters found“overwhelming” support for the ideas of Green New Deal across political affiliations. Asking respondents to respond to the ideas contained in the deal, but not mentioning its name or sponsors, surveyors found that 81 percent of registered voters say they either strongly or somewhat support the plan. Asked about the policy goals of the plan, 92 percent of Democrats and a full 64 percent of Republicans approve. Now, that’s support.

The idea that responding to climate change can be a net positive is a significant contribution to a national “can-do” dialog about climate change, helping to push back against misinformation campaigns and grounding a giant, often remote conversation by focusing on how to help those who will suffer the most.

For more on this story and to read related articles, follow this link to the progressive.org website.  https://progressive.org/dispatches/how-to-feel-good-climate-change-181218/