By Jack Nissen from greatlakesnow.org - November 10, 2018

The state of Lake Superior is strong.

That’s the determination of Liz LaPlante and Chris Korleski, of the Environmental Protection Agency Chicago office, and several studies looking at numerous aspects of the lake’s ecosystem and hydrology.

“Lake Superior, of the five lakes, it is in the best ecological condition,” said Korleski, director of the Great Lakes National Program Office. “Compared to other lakes, it hasn’t been subjected to a degree of development and it’s a colder lake historically.”

Superior’s geography and land barriers act as a buffer against several of the human and environmental stressors placed on its southern cousins. Apart from cities like Duluth, Minn. and Thunder Bay, Ontario, it doesn’t have the same human activity along its coasts that Lake Michigan and Lake Huron have. It’s also not at the mercy of agricultural runoff that Lake Erie is — a major source of the region’s harmful algal blooms.

“When you take a lake in ecologically good condition, we really take a more monitoring protective approach,” said Korleski.

This conclusion was presented by LaPlante at the 2018 State of the Lake Superior Conference in October. The water body’s geography has blessed it with a reliable stream of steady conditions and feel-good stories.

The “huge good news story” that LaPlante referenced at the conference was the abundance of native species in Superior. The fisheries that rely on fish from rivers and streams have been rehabilitated, which have seen lake sturgeon and lake trout populations rebound since the 1950s.

And that’s not all. Legacy pollutants like mercury and dioxin have both been reduced by 82 percent and 88 percent respectively since they peaked in the 1990s. The lake’s habitat was rated “good” by the EPA’s report card.

“That’s something novel and not seen in other lakes,” LaPlante said. “The only part (habitats) that didn’t receive a ‘good’ ranking is the tributaries and watersheds, which got a ‘fair’ mark.”

Much of this good news comes even as Lake Superior shows signs of warming faster than the other Great Lakes, an ode to its robust characteristics. However, scientists are beginning to see the faintest signs of those qualities being eroded. Algal bloom events once considered an anomaly are beginning to appear more consistently as a result of increasingly severe storm systems. 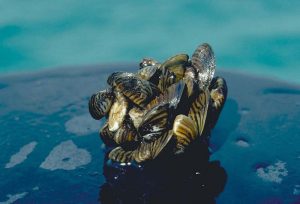 Once thought to be a safe haven from zebra mussels, there are new reports of the invasive species taking refuge in parts of the lake, something that has area scientists scratching their heads, and an issue we’ll look at more in depth in the future at GreatLakesNow.org.

Another trend that has official’s curiosity piqued are the low numbers of prey species in the lake. Researchers are reporting some of the lowest numbers of fish like cisco, whitefish and rainbow smelt in recent decades, and they say they aren’t sure why the decreases are happening. However, those reports haven’t reached numbers low enough to concern scientists.

Both LaPlante and Korleski are encouraged that there are no signs of issues that need to be addressed immediately, but recognize the importance of continuing to monitor these trends. And that’s exactly what they and other teams that monitor Lake Superior plan to do.

“Lake Superior is not immune, but it’s also not as impacted,” said Korleski. “We’re always wary of making statements that ‘this is the future.’ Based on the data we’re seeing, to me it goes back to monitoring and keeping an eye on what’s happening.”