For more than 70 years, Minnesota's 8th Congressional District has been represented almost exclusively by Democrats, powered by a strong union vote in Duluth and on the Iron Range.

The election solidified in Minnesota what's been a growing trend nationally: a deep urban-rural political split. Cities and suburbs tilted heavily Democratic. But rural areas are now more Republican than ever before. And there's no clearer place in Minnesota to see that shift than in the 8th.

The district covers all of northeastern Minnesota, from North Branch in the south, across the Iron Range to Hubbard County in the west and north to the Canadian border, from just east of Baudette to Lake Superior. It is Minnesota's oldest and whitest congressional district, and the one with the smallest immigrant population. It's also one of the most rural. And for decades, it's been heavily Democrat.

Hang around the lunchtime rush at Crazy Mary's Cafe in Finlayson, Minn., about an hour south of Duluth, and that shift becomes real, quickly. 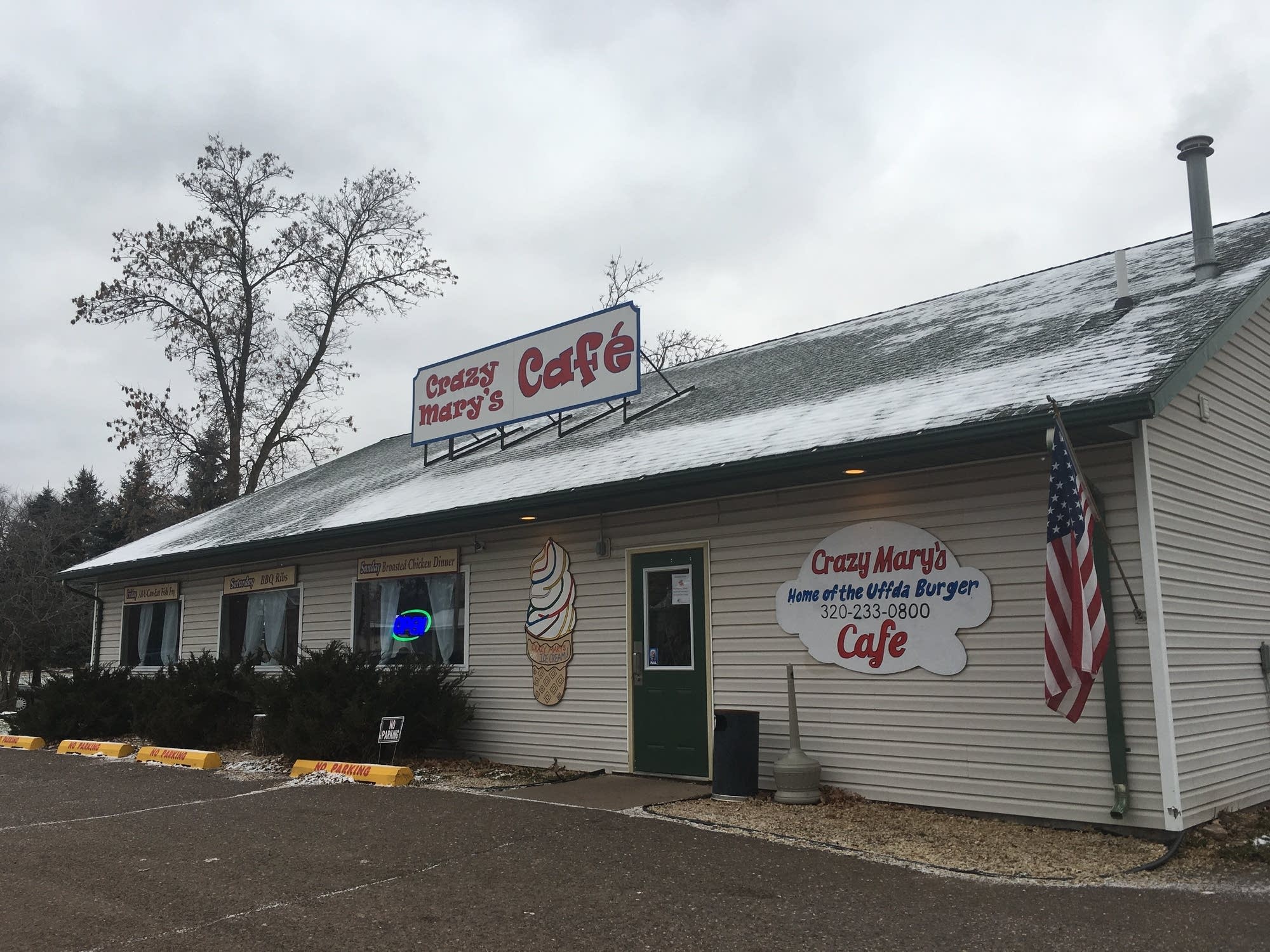 Ed and Barb Steele drove over from Pine City for lunch on Thursday. The restaurant is famous for its Uffda burger: A half-pound burger topped with bacon, mushrooms, onions — and cheesy hashbrowns. It's a draw.

The Steeles retired not long ago. But before talking politics, Ed, 66, wanted to make clear: "I don't really trust politicians." They also hated all the negative attack ads they saw this year.

Ed and Barb, 67, both voted Republican. Barb summed up why: "We have worked too hard our whole life," she said, "and I think too many people get a free handout."

She's not exaggerating when she says they've worked hard. The Steeles used to run a dairy farm near Hinckley.

"The last five or six years we milked, we were milking between 100 to 110 cows, three times a day," Ed said. "It took four and a half to five hours per day per milking." 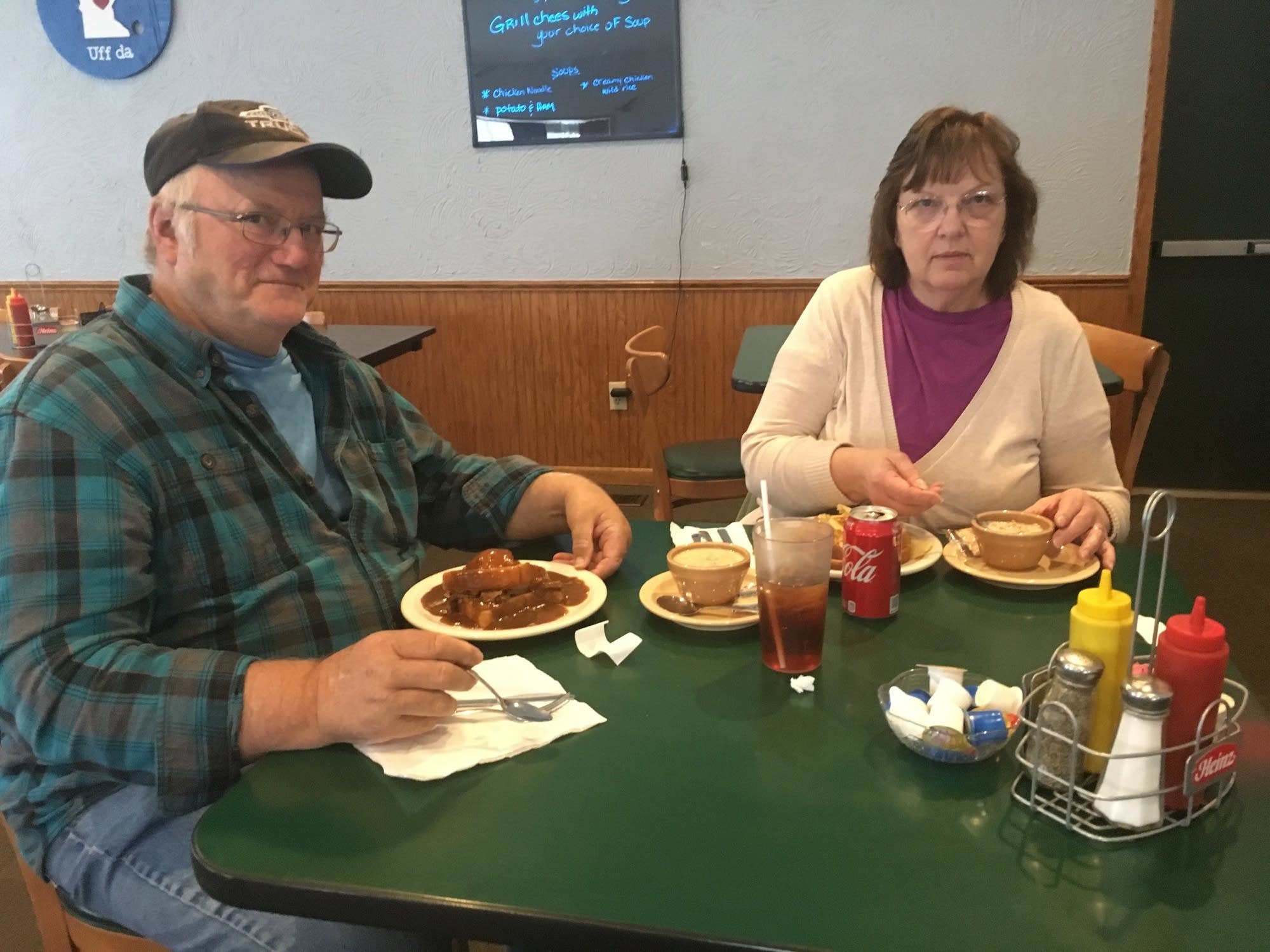 Edward and Barb Steele voted Democratic when they ran a dairy farm near Hinckley. But now they vote Republican, they said over lunch at Crazy Mary's Cafe in Finlayson, Minn. Dan Kraker | MPR News

And that doesn't even factor in the feeding and the other work, plus the 650 acres of crops they grew. It got so busy, Ed said, that if his kids wanted to see him, they had to come out to one of the barns.

Still, they weren't making it, they said, even with what he described as one of the biggest herds in Pine County.

So Ed became a mechanical engineer.

"When we farmed, I voted Democrat," he said. "About the time I was quitting farming twenty some years ago, I started to say, 'Wait a minute, this isn't working.'"

He wasn't happy with what he called the "free giveaways" of policies like the Affordable Care Act.

"Everybody needs insurance. Everybody has to have coverage somehow. I don't disagree with that," he said, "but I don't think the government should be paying for it."

And he's concerned about immigration, too — and found he had more in common with what he was hearing from Republican candidates on the issue than their Democratic counterparts.

"We need to welcome people, yes, but honest, good people — not people that have got a bad history or background," he said. "To me, the Democrats are saying, 'Let them come in.' And I don't go along with that."

Ron Osladil, 81, dug into some lunch nearby. He's retired from his job as a power lineman for the rural electric cooperative, but still works as a substitute school bus driver. He said he "was brought up as a good Democrat." But he started to vote Republican because, while he was working hard, he said he felt Democrats allowed too many people to get welfare and other benefits. 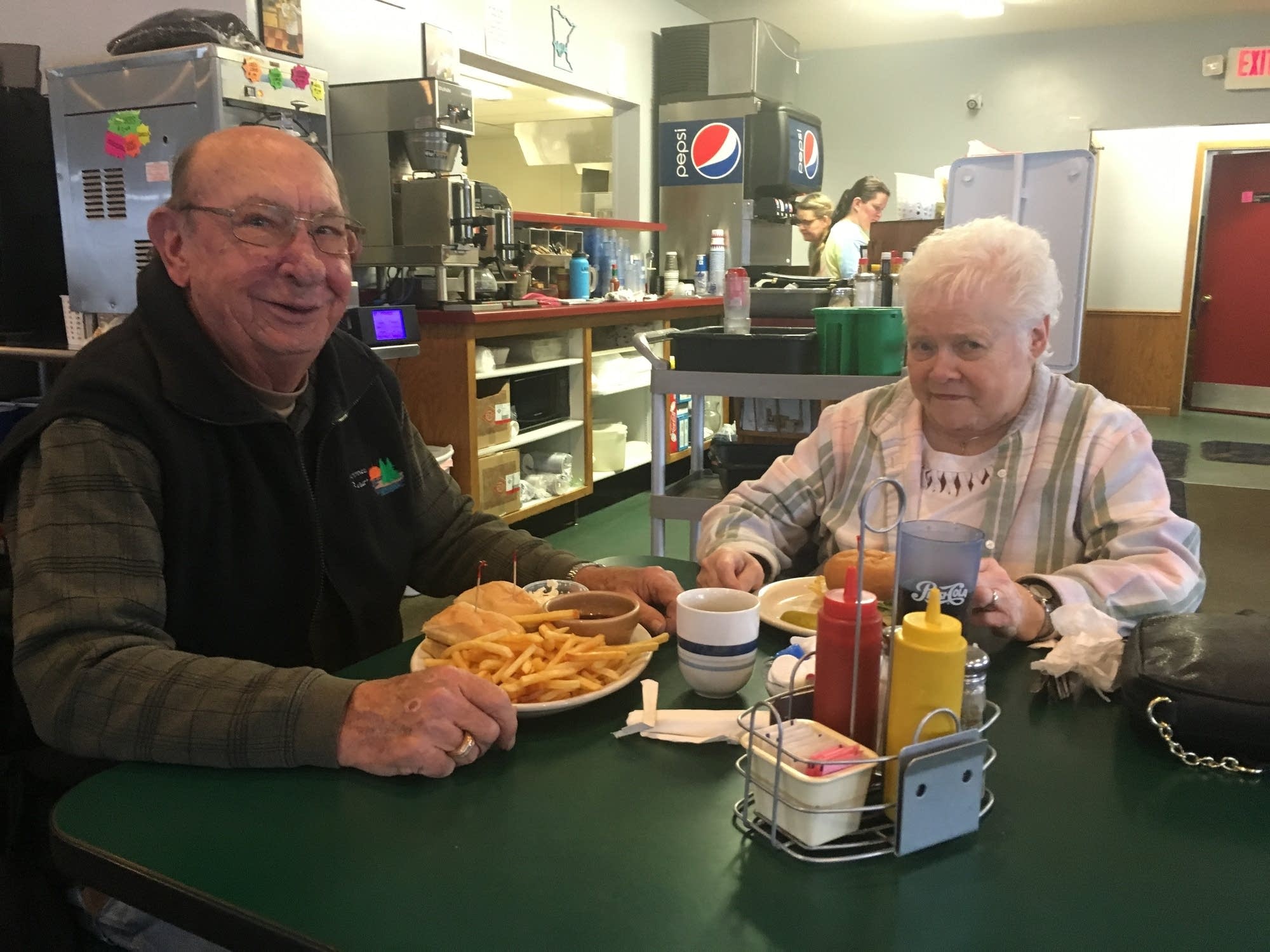 "That bothered me, as I was working outside all winter, and watching a lot of the guys that were off and out ice fishing and having a good time ... and I just saw something wrong with that," he said.

The lunch crowd in Finlayson illustrates a broader trend that's unfolded across rural parts of Minnesota: Many voters say Democrats don't represent farmers and rural blue-collar workers anymore. Instead, they say, the party looks out for people who live in the Twin Cities.

"They've just got a different way of thinking," said Phil Smith, 67, who sat a few cafe tables over from the Steeles. He's a truck driver and log furniture maker who lives near Lake Mille Lacs. He's voted Republican his whole life — and says his experiences with people from the metro area have been mostly negative.

"These people think we're stupid because we live here," he said. "I've been called a hick, a hillbilly and a dumbass because I live here."

It's a little hard to believe, at lunchtime in Crazy Mary's two days after the midterms, but Pine County voted Democratic not that long ago. In 2008, President Obama carried the county by nearly two percentage points.

"If you cut out District 8 in Minnesota and plopped it in any other state," Rugeley said, "I think it would have been a Republican district long ago."

It all comes down to demographics, she said.

"I think a lot of it stems from this basic feeling on the part of rural voters that, one, Democrats don't get them, and two, they haven't gotten their fair share from government," she said.

Democratic party leaders in Minnesota acknowledge they have work to do in greater Minnesota. DFL chair Ken Martin said if DFL candidate Joe Radinovich runs again, he believes he can win.

But Rugeley thinks the 8th District is Republican to stay.

"A lot of people don't want to acknowledge it," she said, "but it's a Republican district."

To listen to an audio report of this story and read related news coverage, follow this link to the Minnesota Public Radio News website.  https://www.mprnews.org/story/2018/11/09/voters-in-minnesota-8th-district-shows-growing-rural-urban-...