All that glitters wasn't gold on Sunday when Nordic skiers young and old gathered in Duluth to hear from an Olympic champion.

It was red, and silver, and purple, too — sparkling glitter on the faces of the athletes who came to see their home-state hero, Jessie Diggins.

Diggins helped win America's first Olympic gold medal in Nordic skiing earlier this year in South Korea, when she sprinted to gold in the team relay. But to many of the skiers on hand at a ski chalet at the base of Spirit Mountain on Sunday, the glitter — and the example Diggins has set, win or lose — were equally meaningful. 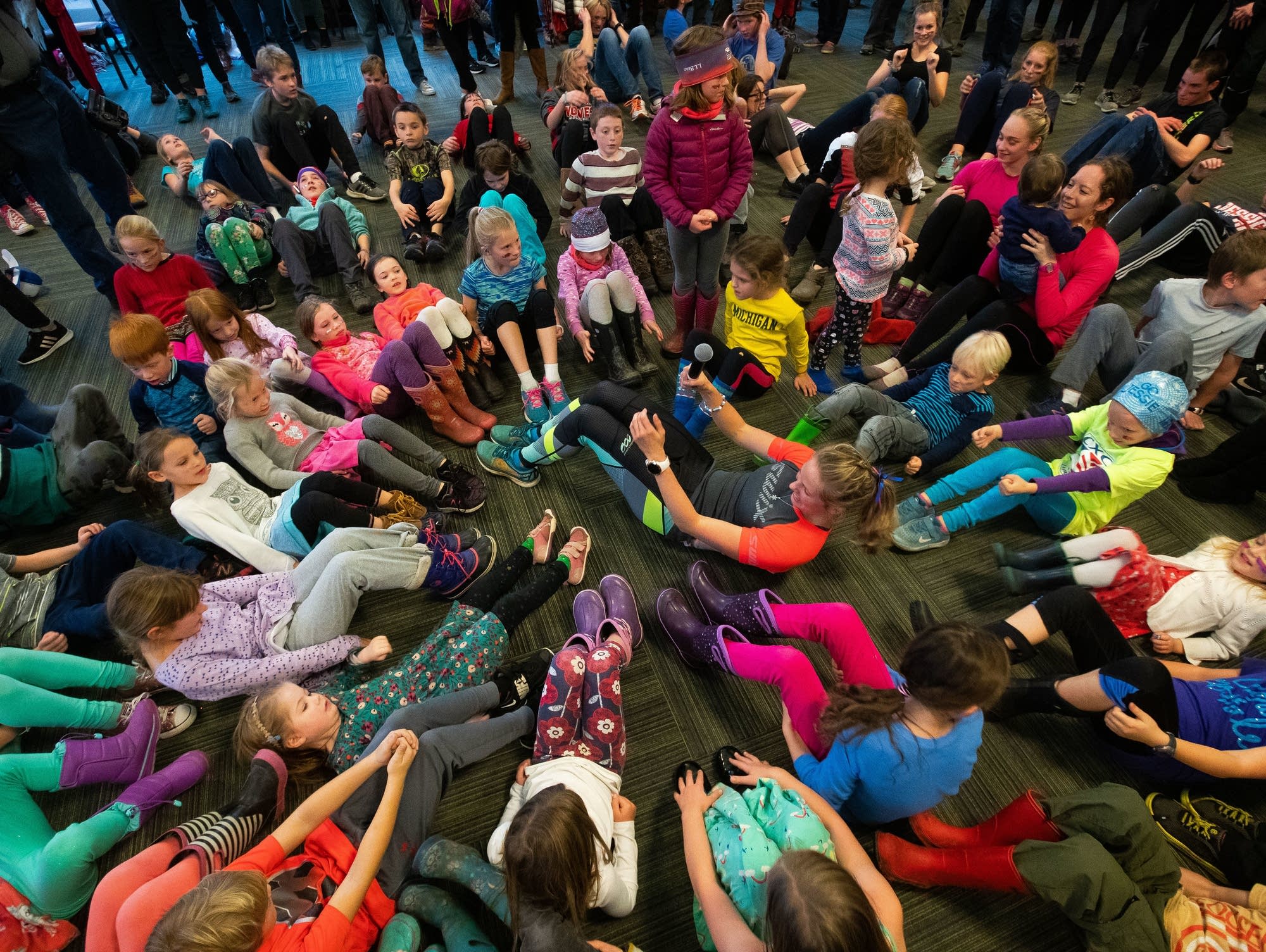 Wearing glitter under the eyes is a trend Diggins helped popularize among skiers. But for years Minnesota state high school rules didn't allow skiers to wear it in races. So last year dozens of students signed a petition, and Diggins was one of several U.S. ski team members who also signed it. And the officials in charge relented.

As hundreds of people filed in Sunday to see Diggins at the fundraiser for a new ski trail, members of the Ely (Minn.) High School ski team greeted them with glitter for whoever wanted it. Among them was junior Kalyssa Eilrich.

"Her fighting for us to wear the glitter has inspired me to keep the glitter going — and also, when she won the medal, that inspired me to push myself harder," Eilrich said. "On the days I didn't want to go out and practice, I would go out in the rain and cold."

The young skiers on hand Sunday snapped selfies with Diggins, and even took part in a short workout. Among the crowd was 12-year-old Lucia Hagenmiller of Duluth. 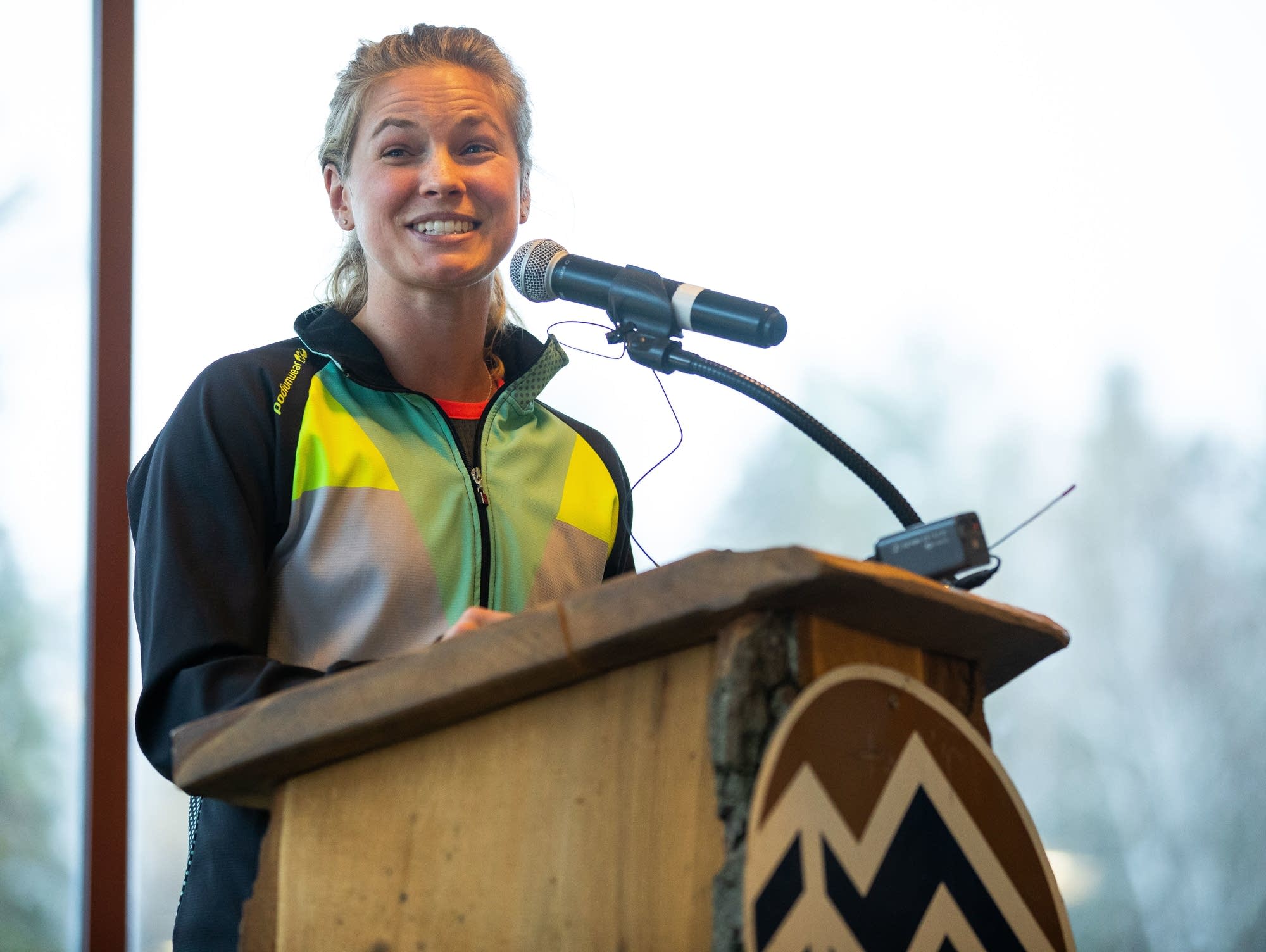 "Her spirit really inspires me, because she's always really positive, (and) she's really focused too," Hagenmiller said. "And I like how she has fun, too."

Sylvie Galloway, 10, came with her family all the way from Virginia, on the Iron Range. The whole Galloway family sported glitter — her older sister, even her parents, including her mom August.

"Jessie Diggins is such a positive and strong young woman, and she's so team-oriented," August Galloway said. "So even though it's an individual sport, that message of being part of a team and giving that 100 percent as a team — that's what I'd like to see my girls do, too."

When Diggins isn't training, she's made it her mission to help grow excitement for the sport. 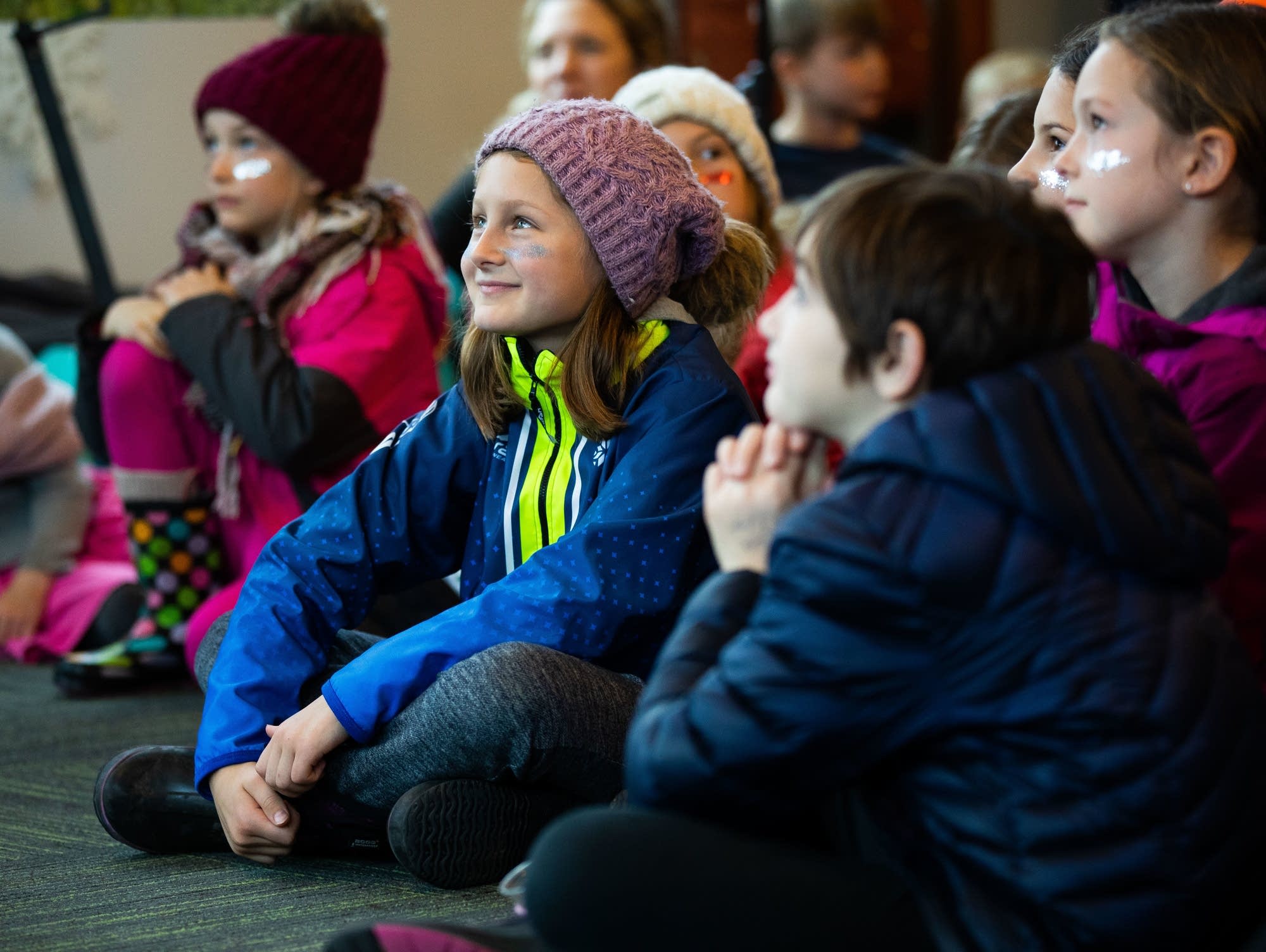 "I feel really lucky that I get to ... help share what I love about the sport — and if I can inspire even one kid to go out there and work hard and be a good teammate and push themselves to, you know, new boundaries and see what their body is capable of," Diggins said.

Participation in high school cross country skiing in Minnesota has grown by 38 percent in the past 10 years — 46 percent among girls.

Bonnie Fuller-Kask has coached the Duluth East cross country ski team for the past 20 years. She has over 100 student-athletes. She said that in years past it was always split roughly 50-50 between boys and girls. But this past winter, Fuller-Kask said, girls made up two-thirds of the team. 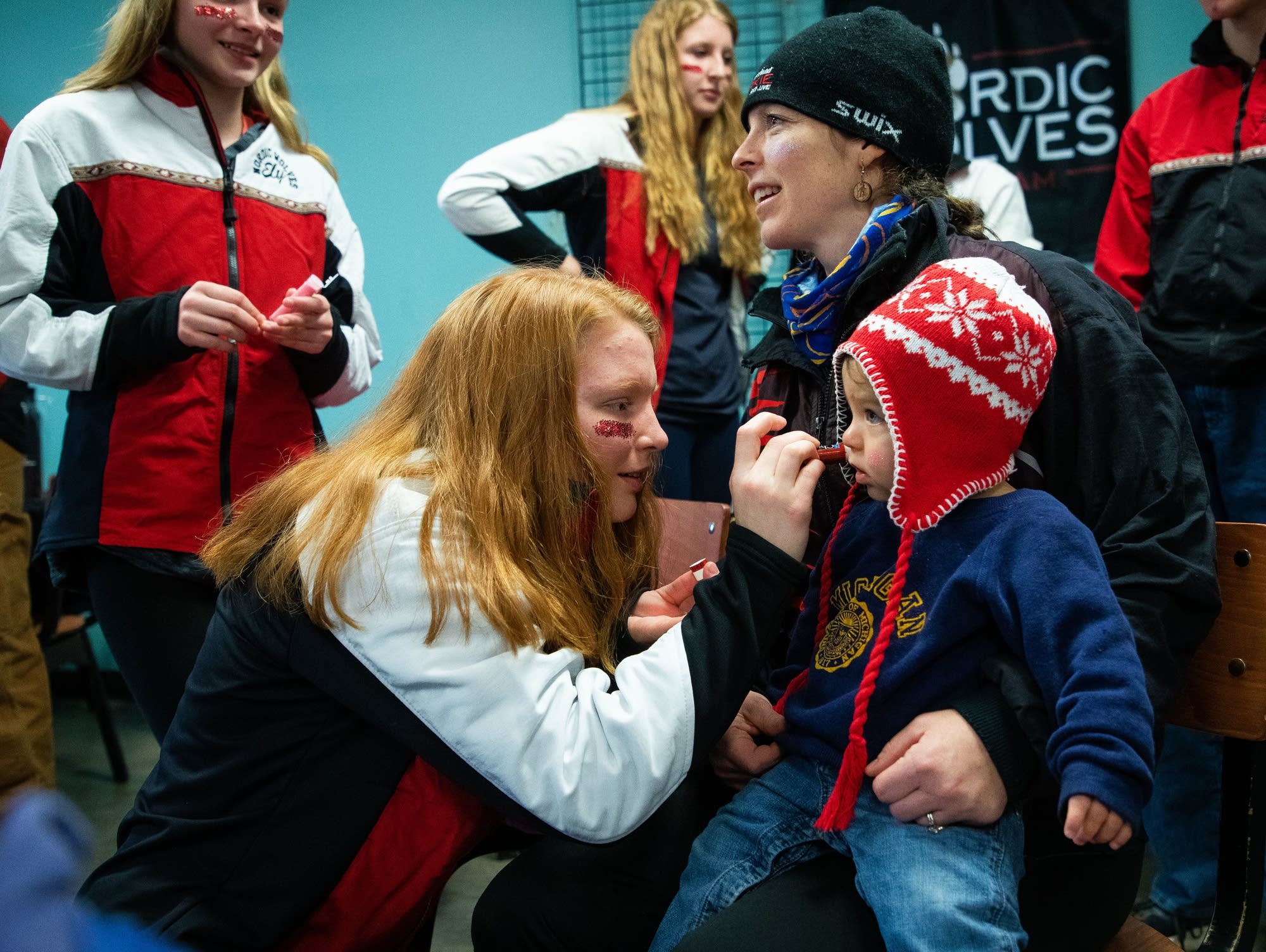 "I think a lot of that is the excitement of Jessie Diggins, even before she won this Olympic gold, she won world championships before with Kikkan Randall, and has placed highly and she's been very visible in Minnesota," Fuller-Kask said.

She said it also helps that there are no benchwarmers in the sport. Any student who wants to ski, can ski.

"I think for kids, it's really nice for them to know going into a program, that they've got their place on the team," she said. "They don't have to be frightened of being told, 'You're cut, go home, we don't want you here.' "

"I like skiing because you get to do it with your friends, and it's really fun to be outside ... in the woods in the snow, and you can go really fast," she said, her face also shimmering with glitter. "It's just really fun. I love it."

But to continue to increase the sport's popularity among Minnesota youth, several high school coaches say more ski trails with artificial snow will be needed, as natural snow has become more and more inconsistent as Minnesota's winters have warmed in recent decades.

In Duluth, Diggins helped raise money for a new $2 million ski trail that will be the region's first with artificial snow, as well as lights and daily grooming. The city covered $1.25 million of the cost with proceeds from a sales tax on lodging, food and beverages. The Duluth Cross Country Ski Club is raising the rest.

Diggins is also active with a group called Protect our Winters, which is working with the outdoor sports industry to fight climate change.

"We see firsthand the effects of places that have always had natural snow, and suddenly we're racing on a ribbon of manmade snow with green grass in December," Diggins said.

To read the original story and hear an audio version of this report, follow this link to the MPR website.  https://www.mprnews.org/story/2018/11/04/jessie-diggins-duluth-olympic-gold-nordic-skiing