Volunteers make their way in a line across train tracks and into the woods during a search for missing 13-year-old Jayme Closs in Barron, Wis., on Tuesday, Oct. 23, 2018. Photo:  Evan Frost | MPR News

The FBI on Wednesday offered $25,000 for information that helps find Jayme Closs, the 13-year-old Barron, Wis., girl whose parents were found shot to death in their home last week.

After an area search Tuesday using 2,000 volunteers looking for evidence, authorities acknowledged they're not close yet to identifying a suspect in the killings or in Jayme's disappearance.

Barron County Sheriff Chris Fitzgerald told reporters Wednesday afternoon he wants to talk with anyone who was driving on U.S. Highway 8 near the Closs home around 12:30 a.m. to 1 a.m. on Oct. 15.

Dispatch logs indicate the initial 911 call that summoned deputies to the home came at about 1 a.m. that morning from a cellphone belonging to Denise Closs, Jayme's mother.

Fitzgerald said he doesn't consider anyone who might have been on the road then a suspect but that authorities wanted to talk to them because they may have seen something. There were no plans at this point to do any additional field searches, he added. 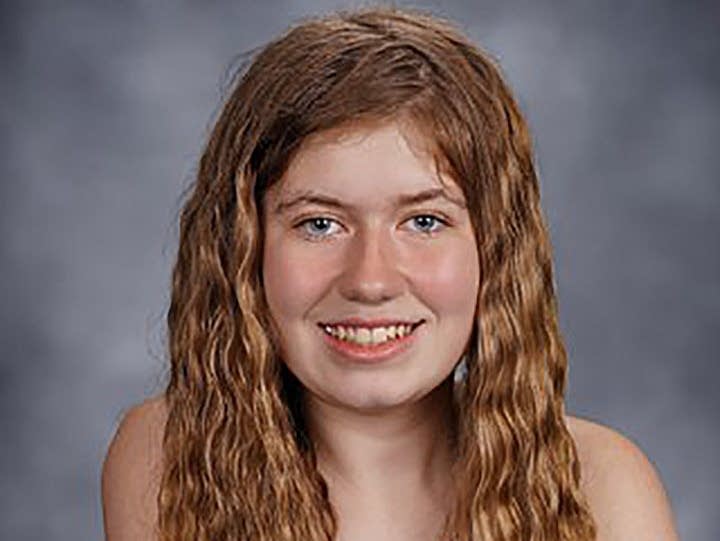 Authorities say Jayme was home at the time her parents were killed and believe the missing girl is still in danger.

On Wednesday, for the first time since Jayme's disappearance, family members went public to thank searchers and plead for Jayme's return.

"Not a moment goes by when we aren't thinking about you and praying," said Jennifer Smith, her aunt. "We need you here with us to fill that hole we have in our hearts. We will never stop looking for you."

Jayme is described as 5 feet tall and 100 pounds, with strawberry-blond hair and green eyes. Anyone with information should contact the sheriff's tip line at 1-855-744-3879.