A car passes beneath a canopy of colorful leaves along a forest road north of Tofte, Minn., on Tuesday, Oct. 2, 2018. Andrew Krueger | MPR News

With winter just over the horizon, road users in Minnesota face changing weather conditions that heighten the risk of crashes.

According to the Minnesota Department of Public Safety, pedestrian crashes spike in fall months. From September to November, the number of recorded crashes jumps close to 20 percent when compared to summer months — between June and August. 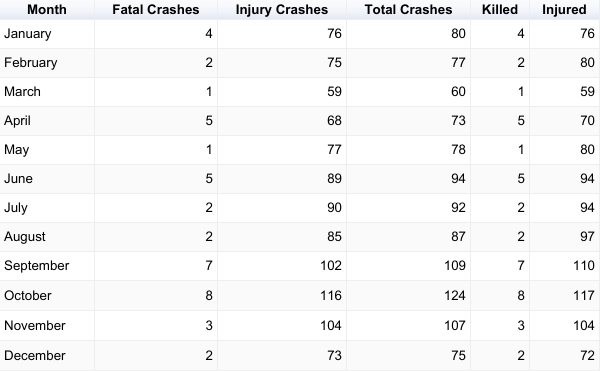 2017 Pedestrian Crashes by month. Data from the Minnesota Department of Public Safety

The Minnesota Department of Transportation said the 20 percent increase is compounded by the fact that there are fewer pedestrians in the fall than in the summer.

"Even though we have more people walking in the summer, we have fewer crashes, so we know that the risk is a little greater in the fall and winter months," said Amber Dallman, the department's pedestrian and bike safety coordinator.

Dallman also pointed out that crashes frequently occur during rush hour in the morning and evening. 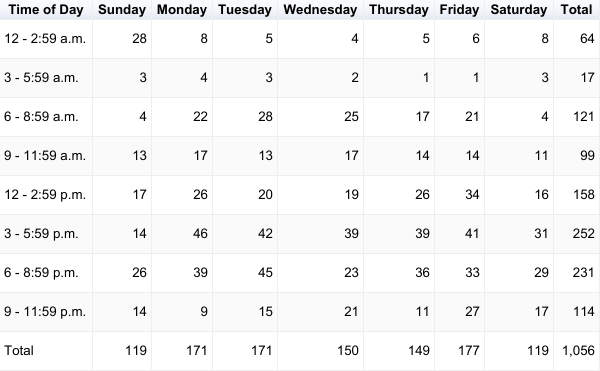 "We do see an increase in crashes during peak travel times, those times of day when people are going to where they're going to be for the day or when they're leaving to return home at the end of the day," she said, adding that peak travel times are more dangerous in fall months, when road users cannot rely on daylight to see clearly.

Despite these seasonal changes, Dallman said the strategies to prevent crashes haven't changed. They still revolve around focusing on the road and minimizing distractions, and both drivers and pedestrians should be responsible for road safety, she said.

Drivers should treat every corner as a crosswalk, she said, and pedestrians should show their intentions to cross by making eye contact with drivers.

"And again, for both drivers and pedestrians: remove distractions ... and pay attention to your surroundings," she said.

Dallman also highlighted the department's decision to refer to accidents as "crashes."

"An accident implies that there was nothing we could do to prevent it, but we know that isn't true," she said, "we know that most of the crashes we see are preventable."