As many as 2,000 volunteers are expected to take part in a grid search of the Barron, Wis., area, in an expanded search for Jayme Closs. Photos by Evan Frost | MPR News

The search for a missing 13-year-old Wisconsin girl whose parents were killed in the family's home was expanded Tuesday, with as many as 2,000 volunteers expected to take part in a grid search of the area.

Law enforcement officials say they haven't determined a motive for why someone fatally shot 56-year-old James Closs and his 46-year-old wife Denise in their home early on Oct. 15. But Barron County Sheriff Chris Fitzgerald says their daughter Jayme was home at the time of the homicides and he believes the missing girl is still in danger.

A long line of vehicles streamed into a staging area near Barron on Tuesday morning as volunteers gathered to begin the search for clues. 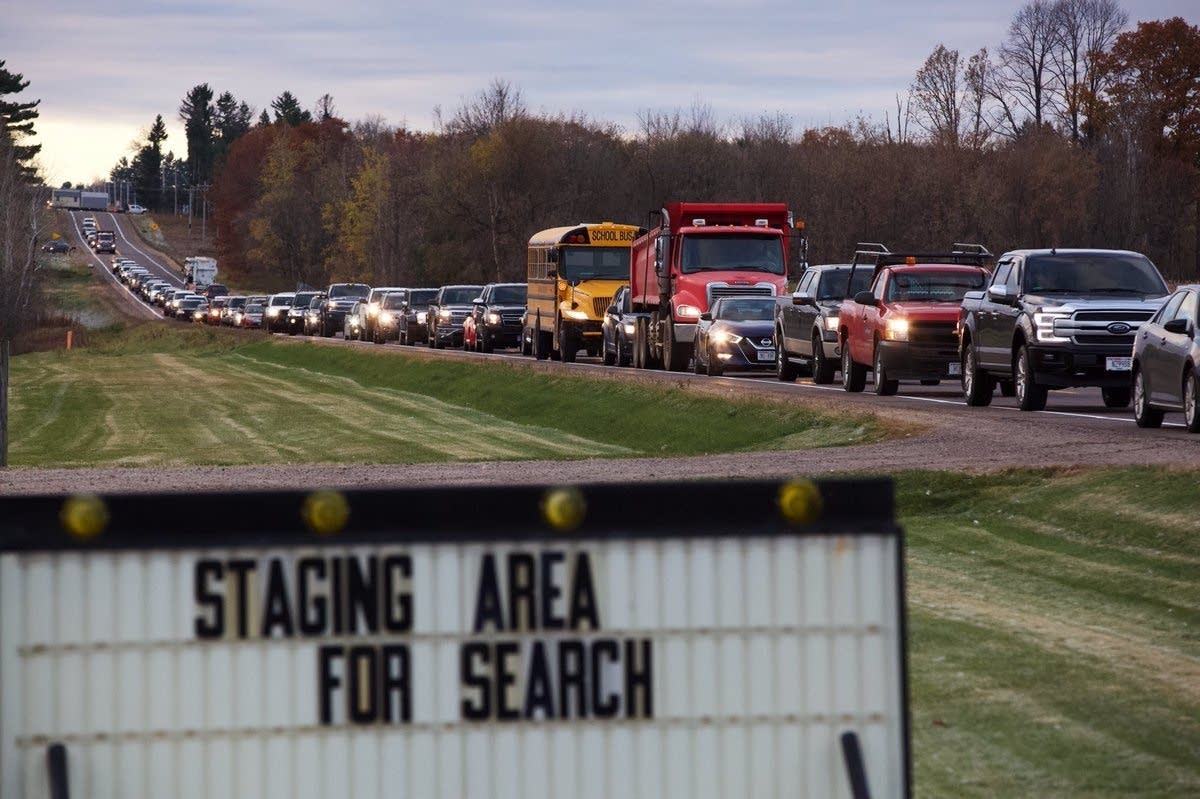 Fitzgerald said Monday that investigators had received more than 1,300 tips and have closed 1,100 of them. Some of the tips led to the decision to resume the ground search, he said, though he declined to elaborate. Authorities mapped the area by helicopter in preparation for Tuesday's search.

"We've determined we'd like to search a bigger search area based on information our investigators have collected," Fitzgerald said. "These tips have led us to this."

The sheriff said volunteers are walking about 10 feet apart as they search the area around the home for two to three miles.

"They're being briefed to look for anything that they feel is suspicious, out of place. You know, brand new, laying in the ditch or the field or wherever. Anything like a piece of clothing. Obvious things like a firearm. Something like that."

Meanwhile, authorities are asking the public to be on the lookout for two types of vehicles that were picked up on surveillance video from residents and businesses near the Closs home: a 2008 to 2014 red or orange Dodge Challenger and a black SUV, either a 2006 to 2010 Ford Edge or a 2004 to 2010 Acura MDX. 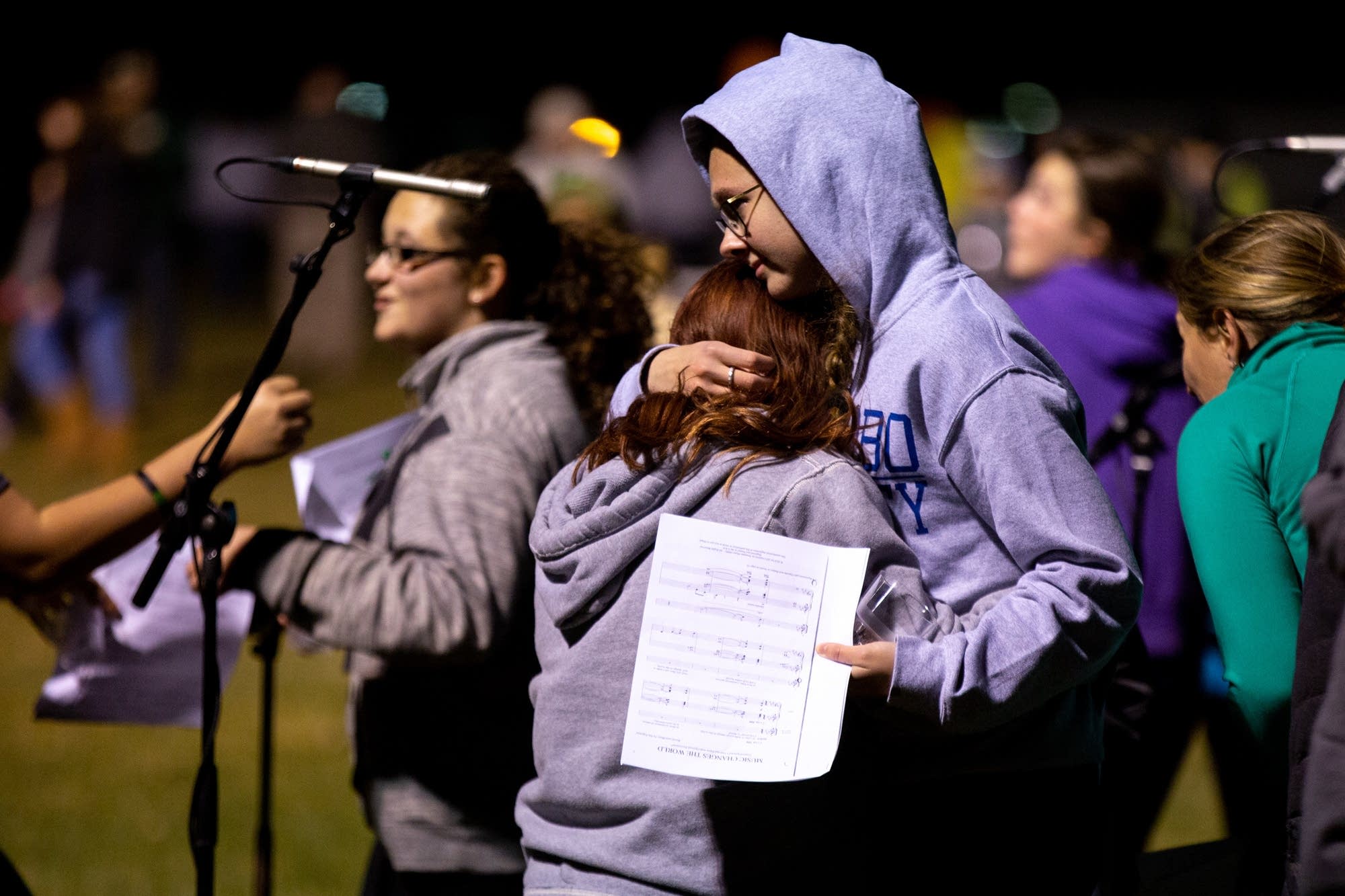 "This is a good time, now that we have some vehicles of interest, to look for changes in routine or behavior of people," Fitzgerald said. "We have the two cars described. Either they don't drive them anymore. They've changed their routine on what they drive or where they drive."

Fitzgerald also asked residents of the area to check their property, and for hunters to look in their cabins. The FBI and the Wisconsin Division of Criminal Investigation are also helping with the search.

As the sun set in Barron Monday night, people anxious for Jayme's return gathered at the high school football field for a vigil. The combined middle and high school choir — of which Jayme is a member — sang as community members cupped their hands around small candles, trying to keep them burning in the gusty wind.

"We intentionally chose to call this event 'a gathering of hope,' " said Ron Matthews, pastor at Barron's First Lutheran Church. "Because hope moves us against the facts of circumstance and beyond despair, fear and anxiety."

Gene Rick was one of hundreds of Barron residents who attended the vigil. 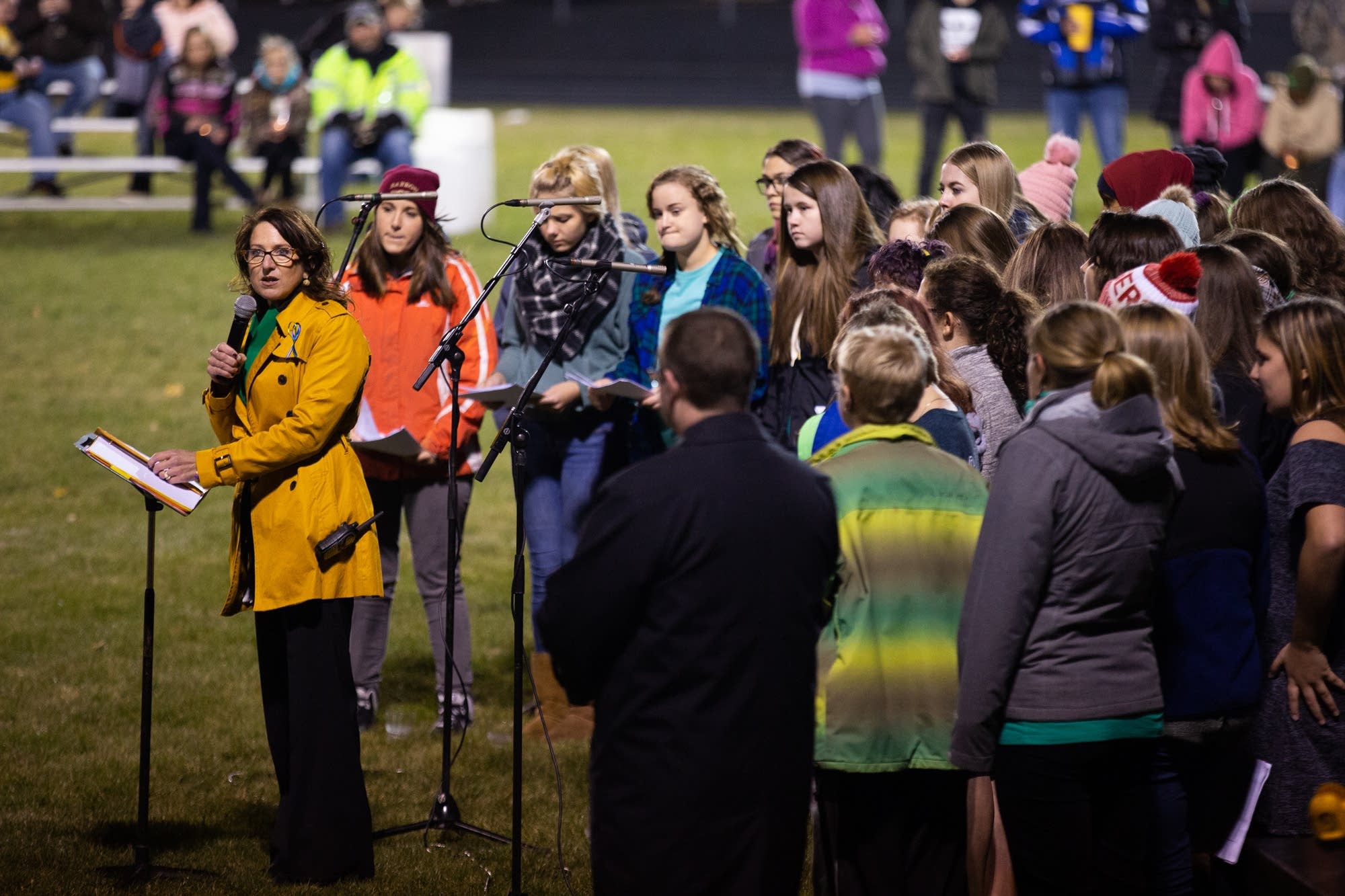 "Maybe I'm hopeful by nature, but you see other news stories that come out where people have gone missing and there are good endings," he said. "And so it's not always a hopeless situation and I'm hoping for the best."

Barron Area School District Administrator Diane Tremblay says the last week has been tough for students, but she says the community remains strong.

"I think hope is probably the most important thing," she said. "We have to let go of what we can't control. And we can control if we have hope. And we're going to bring Jayme home."

Tremblay says the schools have made counselors available, and therapy dogs are on hand, too. She says that's led to a lot more smiles from students at a particularly anxious time in their young lives.