As BWCA turns 40, question remains: How much wilderness to protect? In the 1970s, tensions over the Boundary Waters were coming to a boil.

The federal government had set aside the web of lakes and streams in northeastern Minnesota, along the Canadian border, as wilderness in 1964. But conservationists argued it was wilderness in name only, because motorized boats, snowmobiles and logging were still allowed in much of it.

They wanted to fully protect one of the country's last truly wild places. But many people who lived in the region were furious. They said the same access to the lakes and natural resources their parents and grandparents enjoyed — and that formed the backbone of the region's economy — was being taken away.

Forty years later, northeastern Minnesota is locked in a parallel struggle over exactly where wilderness protection should begin and end. And this time, it's a debate over whether to allow copper-nickel mining just outside the wilderness boundary, in the watershed that flows into it. 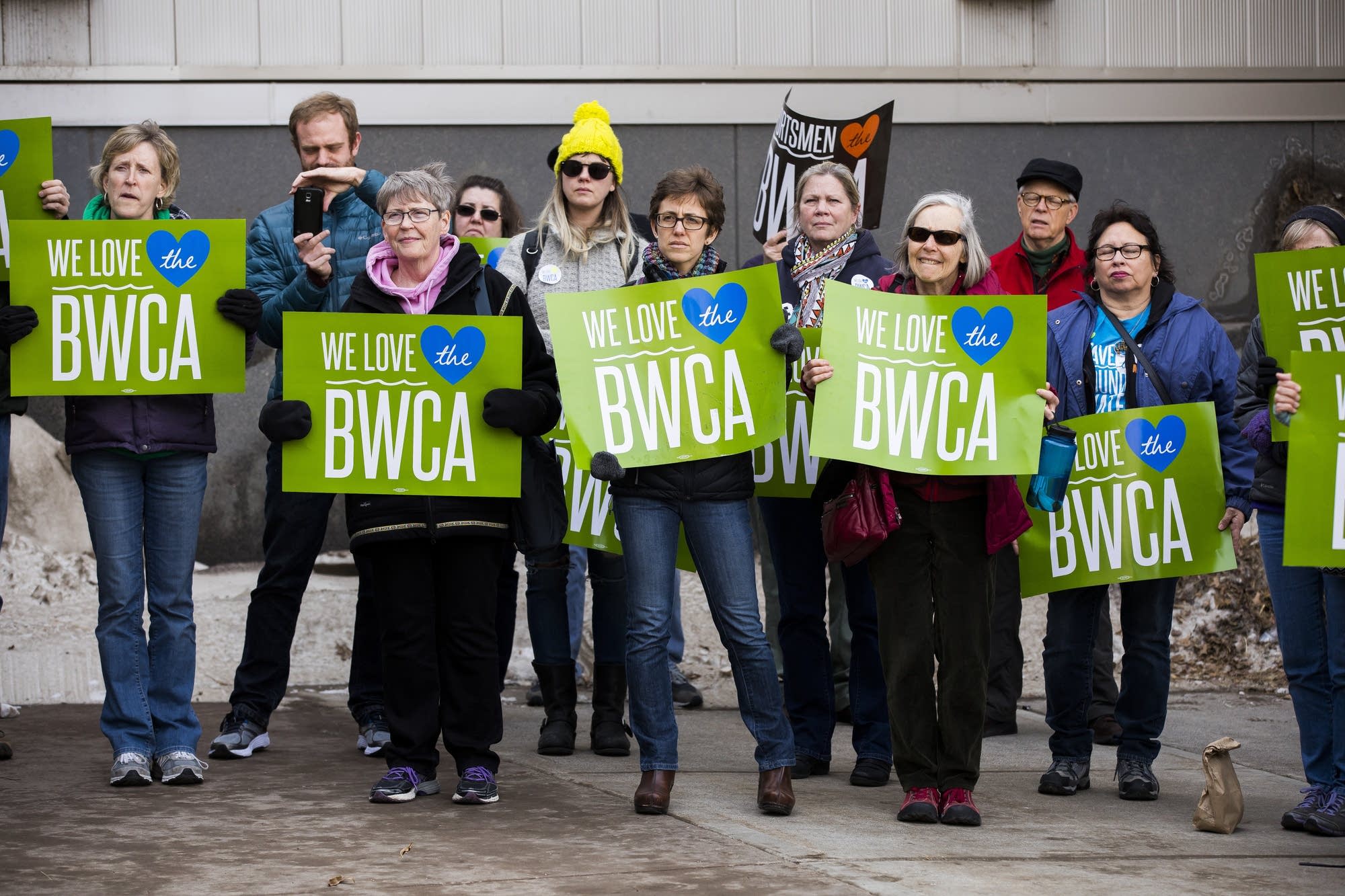 A group of people opposed to the Twin Metals project listens to speakers opposed to the project March 16, 2017, at the Duluth Entertainment and Convention Center. Derek Montgomery for MPR News 2017

The first time around, the debate came to a head in the summer of 1977, when U.S. Congress members came to Minnesota to hold two hearings on two competing bills that tried to settle the dispute. The first was in St. Paul.

Duluth state legislator Willard Munger spoke in favor of wilderness protection. "There is an increased need for solitude in our lives," he said at the time. "The BWCA lands belong to all the people of the United States. In the end, national interests must supersede local concerns."

The Boundary Waters was a special place, Munger and others argued, in need of special protection, a place that belonged to everyone, and not just the people who lived near it.

But members of Congress heard a much different message the next night in Ely, where outside, someone hung an effigy of famed environmentalist and author Sigurd Olson from a logging truck.

Local people also valued the wilderness, Ely residents argued. And they wanted to use the area the same way their parents and grandparents had. 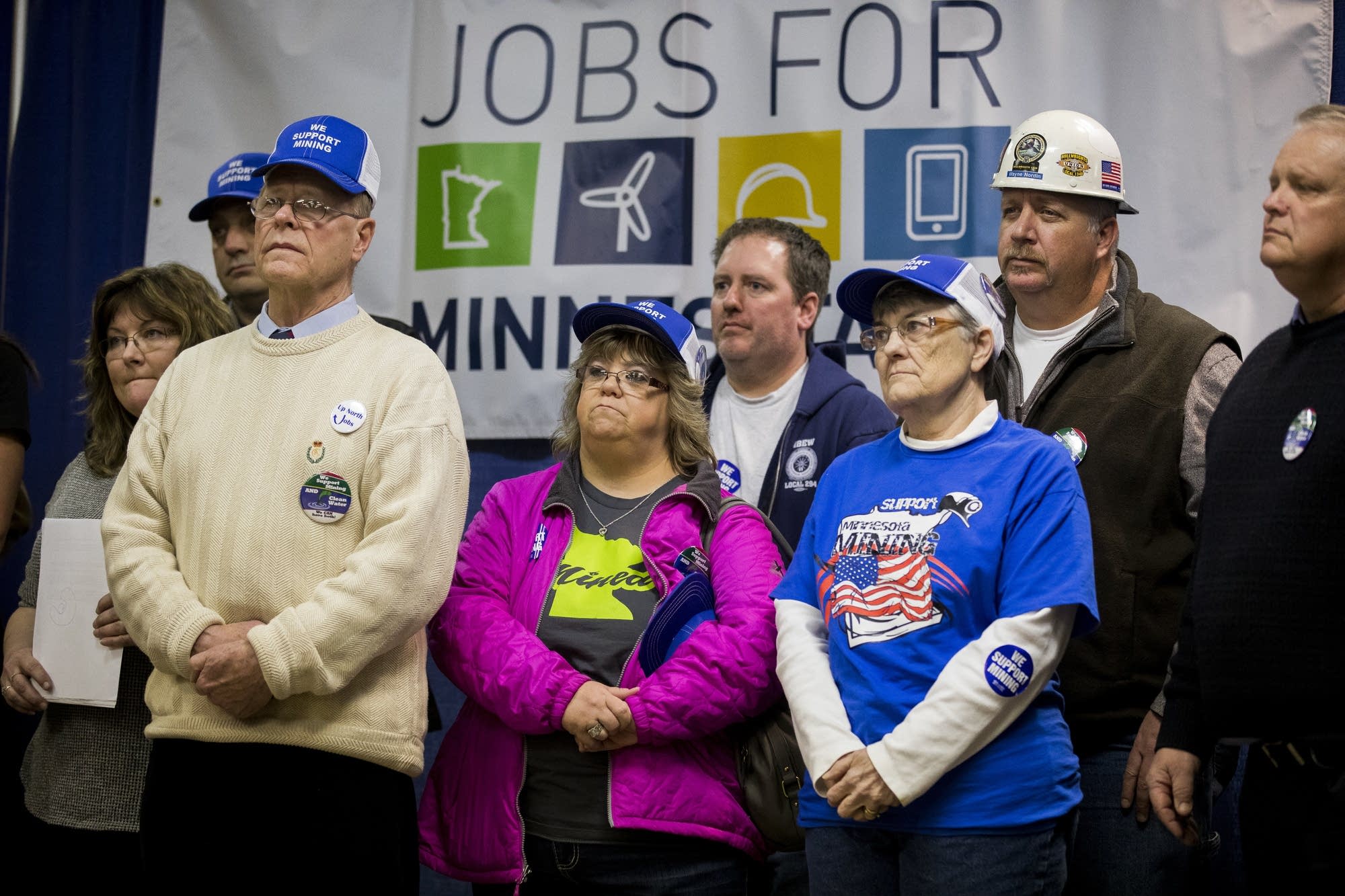 Supporters of Twin Metals listen to speakers in favor of the mining operation March 16, 2017, at the Duluth Entertainment and Convention Center. Derek Montgomery for MPR News 2017

Eventually, a compromise passed. It banned logging and snowmobiling, and restricted motors to 18 large lakes out of more than a thousand in the BWCA. It left many around Ely with a

The language in the debate hasn't changed much in the last four decades, though people on both sides say it's become more civil. Just last year, St. Louis County commissioner Tom Rukavina addressed a public hearing in Duluth with a similar message to the one locals in Ely brought to the congressional hearing 40 years ago.

"Mining is what we do for a living," Rukavina said. "It's what we've done for 135 years, and you people get to come up to the wilderness that you love because of how we've taken care of the environment. Don't do this to us again."

And on the other side? People concerned about mining near the Boundary Waters are evoking the exact same sentiments that came up, four decades ago, at that hearing in St. Paul. 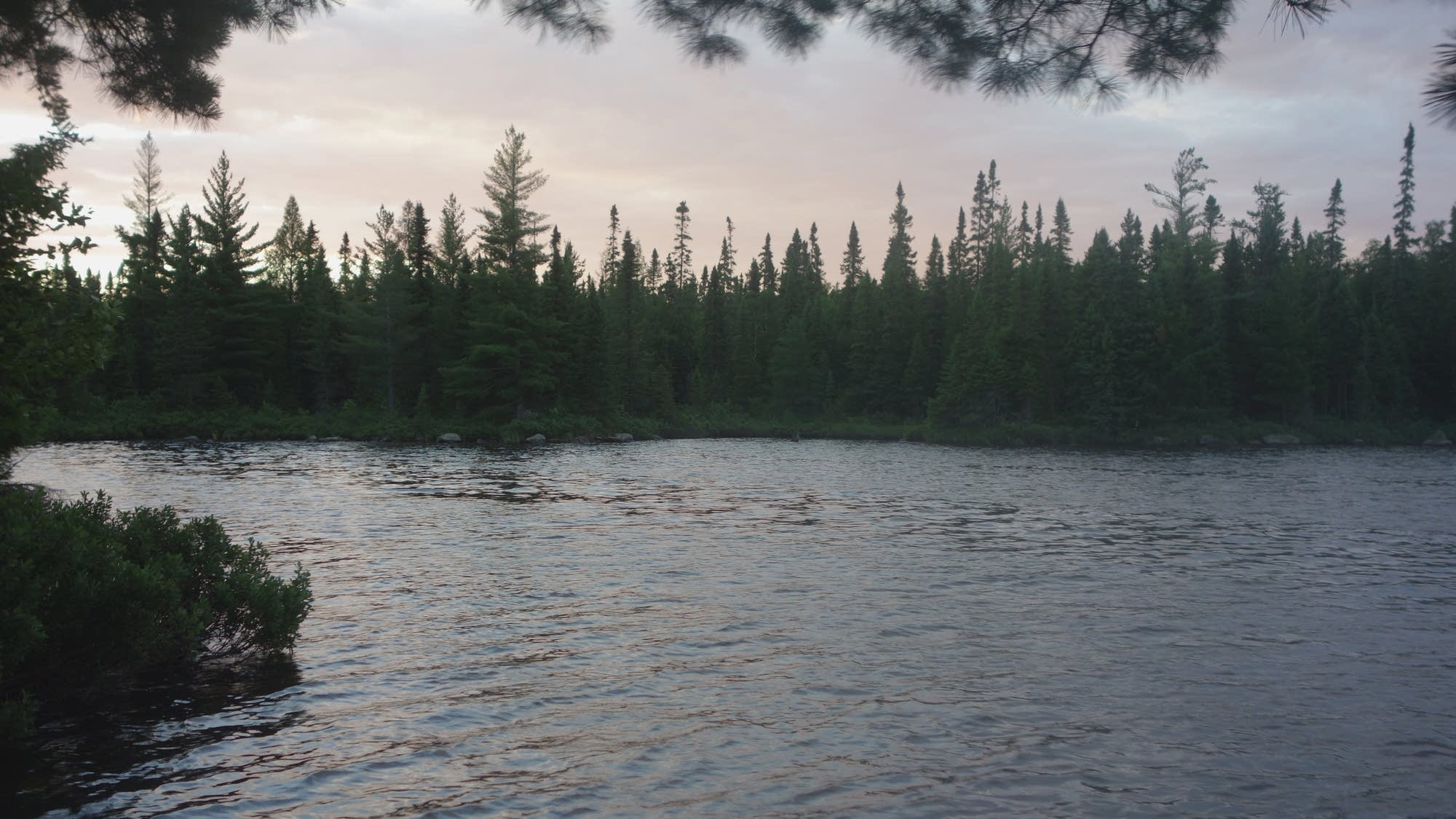 Four decades ago, the Boundary Waters dispute ended in compromise. Most people around Ely have accepted the wilderness designation, even if they might argue with how it's managed.

But this time, both sides say a compromise isn't really possible. After all, they say, you can't build half a mine.