Some paddlers are reluctant to travel in a park where the mature forest has been burned by wildfires, according to Kent Fraser, the acting park superintendent at Woodland Caribou Provincial Park, but he said it's fascinating to see how quickly an ecosystem regenerates after a fire. (Facebook)

More than 23,000 hectares of Woodland Caribou Provincial Park are currently burning due to wildfires in the region, but the acting park superintendent says that's not necessarily a bad thing.

It is an ecosystem that is fire-driven, Kent Fraser told CBC News.

"That's why we're monitoring them and not suppressing them," he said.  "We're just allowing what mother nature wants to see on the landscape."

A fire two years ago consumed around the same amount of forest, Fraser said. 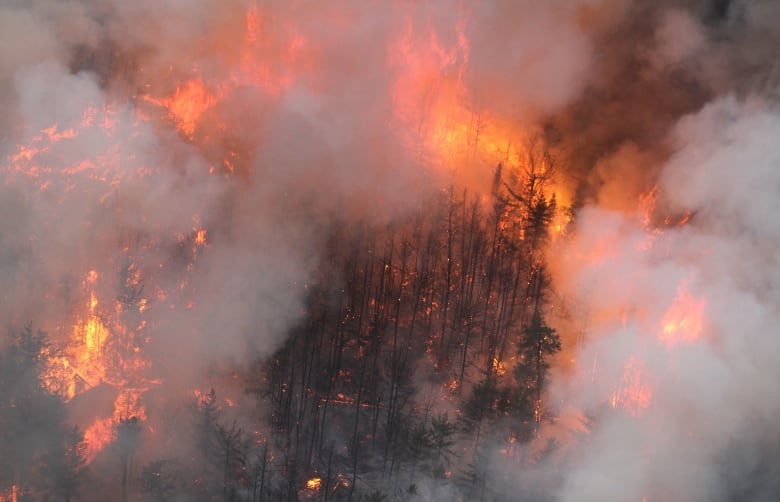 A wildfire in 2016 burned over 74,000 hectares of boreal forest in Woodland Caribou Provincial Park (AFFES / MNRF)

What's different this year is the unusually high number of starts and the amount of fuel.

Trees damaged by insects or by a winter blowdown are plentiful, and previous fire suppression efforts left trees standing that might otherwise have burned during past years' fires, Fraser said.

All of that contributed to some unusually aggressive fires earlier in the season, which prompted park officials to close countless lakes and waterways, including the Bloodvein River — a popular canoe route — to tourists.

Most of those bodies of water have now reopened, though some, mostly in the central area of the park, remain closed, he said.

That includes a section of the Gammon River. 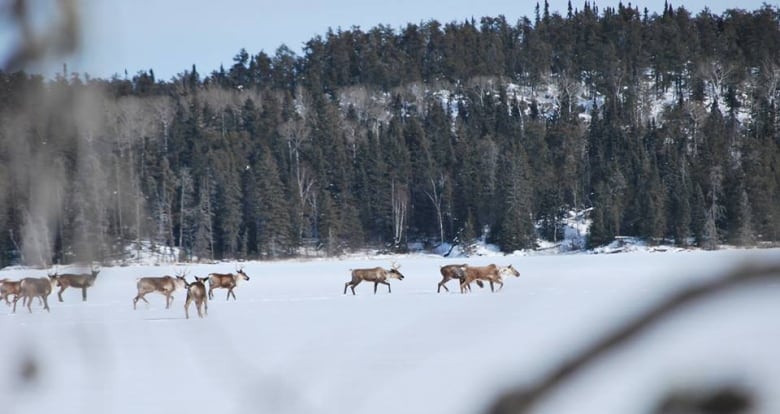 Woodland Caribou Provincial Park is home to two groups of endangered woodland caribou, but the animals have lived around forest fires for millennia and know how to escape from them, Kent Fraser said. (Facebook)

The park, as its name suggests, is home to two groups of endangered caribou, and Fraser said it's unlikely they would have been consumed by the fire.

"They've been surviving with this disturbance for millennia, so they're fairly attuned to what a fire is, and they know where to escape," he said.

"When a fire rolls through, it's not a full consumption of everything.  It will burn hilltops and dry areas, and then it won't burn where the lowland swamps are."

Paddling through a recent burn area is 'interesting'

Woodland Caribou is a wilderness park that sees far fewer tourists each year than those located on major highways, but some people who were planning to visit were forced to change their plans, he said — either due to closures or due to concerns about smoke.

Those that do travel in the park are experienced paddlers, he added, and they are equipped with communication devices in case of emergency.

Fraser urged paddlers who might be reluctant to book future travel in the park because of the loss of mature forest to still give it a try.

"Paddling through recent burn and just watching how the forest regenerates itself naturally, I think that people would find it very interesting to watch how fast after a fire rolls through ... the regrowth occurs," he said.

"We've had reports from very experienced paddlers that were hesitant at first to go through a recent burn area and then came out, and it was much more enjoyable than they originally believed."