That said, an increasing number of visitors to the park are using the falls as an excuse for a chance encounter with the park manager, a guy who’s become something of a celebrity for what he does in his free time.

“A lot of people, when they show-up at the park they’re going to ask if I’m here, what I’ve been shooting lately, what I’ve been up to," says state employee and nature photographer Travis Novitsky. “Yeah it’s cool and it makes, in a sense, visits to this park different from visits to other parks for a lot of people.”

Seriously, have you ever heard of people going to a state or national park to meet the manager? Or any employee for that matter?

Full confession, I’m one of those people who’s actually driven up to Grand Portage State Park (more than once) to try and meet Travis Novitsky. I'm not alone. 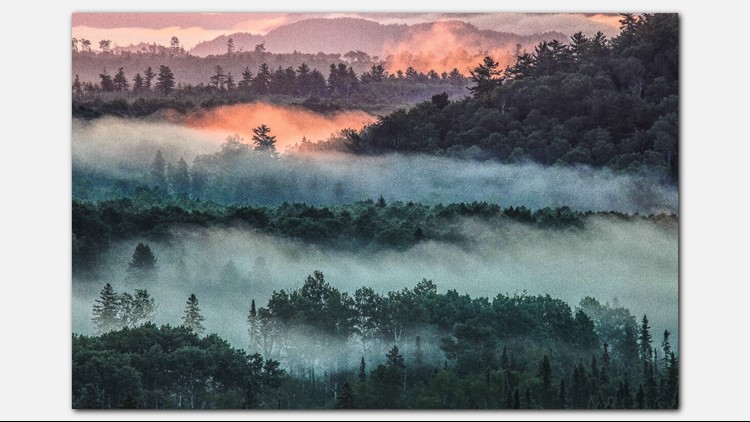 “It happens enough where the other staff who work here kind of get annoyed with it because it seems like it happens a lot on my days off,” shares Travis. “People come here because they want to meet me, and yeah, it happens quite a bit.”

Novitsky's wildlife images are featured at various locations throughout the Grand Portage State Park Welcome Center, and he also put together the video that’s played at the facility. For many, that leads to two inevitable questions: “Is wildlife photography your primary profession?” and “Are any of these pictures for sale?”

“My photography is done in my free-time”, explains Travis, “Around my job at the state park so I tend to shoot first and sell later rather than shoot for hire, but, I do get a lot of requests for that.”

I discovered Travis’ photography by accident, but these days most people (and many businesses) have connected with that work through more conventional means: his website, Instagram and Facebook.

“There are a lot of instances every year where I sell usage rights to photos,” says Travis. “There are a lot of investment firms that buy my photos for report covers or for décor in their offices, a lot of things like that, and its pretty regular business. I get a lot of them coming back to me year after year, and of course there are private individuals who want prints for their home, I get pretty regular sales for that, too.”

Novitsky started shooting pictures back in 8th or 9th grade at Cook County High School in Grand Marais. The point-and-shoot Pentax film camera he used forced Travis to learn the art of photography from a perspective that’s been largely lost in today’s digital age. 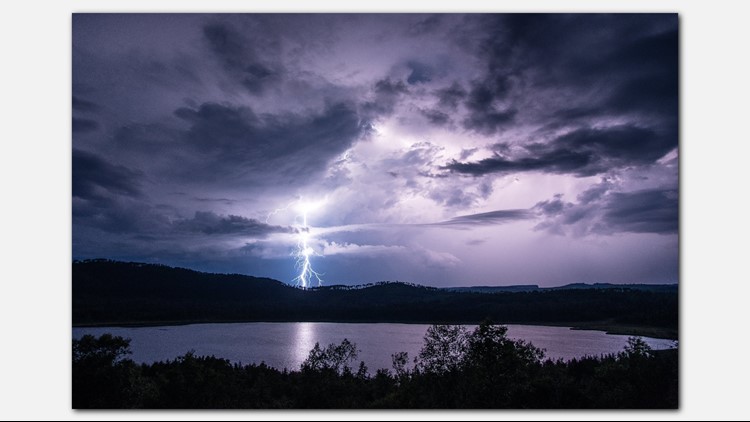 “The creative part in using a camera like that is all in the composition, because you have no control over what shutter speed you’re going to use, so I think in the first few years of shooting with that camera, it helped me develop good composition because that’s what I was mostly focusing on,” reasons Travis. “I really had to think about it before I took a picture. Of course, we all had to do that when we only had twenty-four pictures per-roll or whatever!”

Travis’ journey with photography many have started in school, but it was fueled by his father who also had more than a passing interest in capturing the beauty of the wild world around them.

“He would go out with film and try to capture lightning or Northern Lights and I would tag along with him on those outings, and that instilled a desire to want to do my own version of it,” Novitsky recalls.

His dad gave Travis his first digital camera, a used Minolta X700 with three or four basic lenses. Around that same time Travis started building his first website, teaching himself code while at the same time learning everything he could about photography. Most of that knowledge came from books by noted American wildlife photographer John Shaw.

“There was a book I read five or six times, cover-to-cover (John Shaw’s Nature Photography Field Guide),” says Travis, “which was very helpful in getting me to understand the relationship of all the different settings that make a manual controlled exposure come out the way you want it.”

While he is quick to credit the likes of John Shaw, for me, there’s just something about Novitsky's work that somehow feels different from the many options out there. 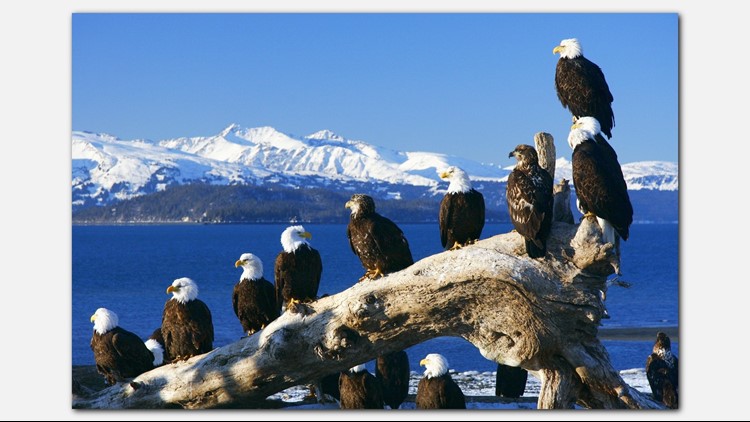 The Eagles of Homer (Travis Novitsky)

“I get told a lot that when people view my work they see that I have a real connection with the place, with the environment that they don’t see in a lot of other people’s work,” Travis shares. “So, I think maybe that’s what makes mine unique, and that’s the thing that makes me warm and fuzzy inside, like I’m doing something good here because people see that my work stands out as having a deeper connection to what I’m photographing, no matter what it is.”

That connection may come in part from Travis’ heritage as a member of the Grand Portage Band of Lake Superior Chippewa.

“As Native Americans we have a really strong sense of place because of the long Native American history of people being forced to move out of the places where they lived and forced to live on reservations. So, while it was a bad thing originally, now it’s like, ‘Hey, this is ours’, and we hang on to that,” Travis insists. “We’re tied to it, we’re connected to it in a way that most people can’t understand. So, wherever I go I feel a connection to the place, I feel a sense of ease which transcends into good photography because I connect to it right away, where others it may take a long time, if they ever do, because they may appreciate it, but they might not ever connect to it."

Being able to make that connection has earned Travis a dedicated following on Facebook and Instagram. However, it’s because of connectivity and technology that more and more people are seeking to make artistic connections of their own.

“You could say everybody has the same capability now of going out and doing what I or any other photographer does in terms of gear. Where your difference is, is in terms of how you approach it, how you choose to interpret a scene. So, that’s where you have to create your edge is more the spiritual side of it.”

Demand for his photos has given Novitsky many opportunities to travel and work outside Minnesota. While the pull to apply his talents full-time is strong, so far he’s content to keep it as a “hobby-business” rather than a full-time profession.

“There’s always been that fine line of I don’t want to dive into it too much, because there’s always that thing where something that you love turns into a chore and you don’t love it as much as when it’s what you do all the time, you know?”

The evolution of Travis’ work has seen him become something of a master of nightscape photography, and he plans are to spend more of his free time shooting in the southwest and in southern Utah. But rest assured, if you ever want to meet this Minnesota master your best bet is to drive due north, to the state park located just a stone’s throw from the Canadian border.

“This is where I grew up and I have no desire to leave and work anywhere else, so I’ll keep it as a hobby-business. I don’t make enough to make a living at it, but I can make enough to pay for new lenses and some travel, and that’s what does it for me, you know? That’s all I need.”

Follow the link to the KARE 11-TV website to see the original article and see more of Travis' photographs.  https://www.kare11.com/article/opinion/columnists/mcniffs-riffs/mcniffs-riffs-managers-photos-rival-...