Art to 'save the world': Uprising comes to Thunder Bay Art Gallery Christi Belcourt and Isaac Murdoch pose among some of Belcourt's paintings, at the Thunder Bay Art Gallery. 'Water is everything,' Belcourt and Murdoch said, in an interview about how their work reflects their environmental concerns. Photo:  Amy Hadley/CBC

When people come to view her exhibit at the Thunder Bay Art Gallery, Christi Belcourt hopes they see part of themselves in her vibrant, colourful paintings of the natural world.

"I hope they feel beautiful and vibrant themselves," she said. 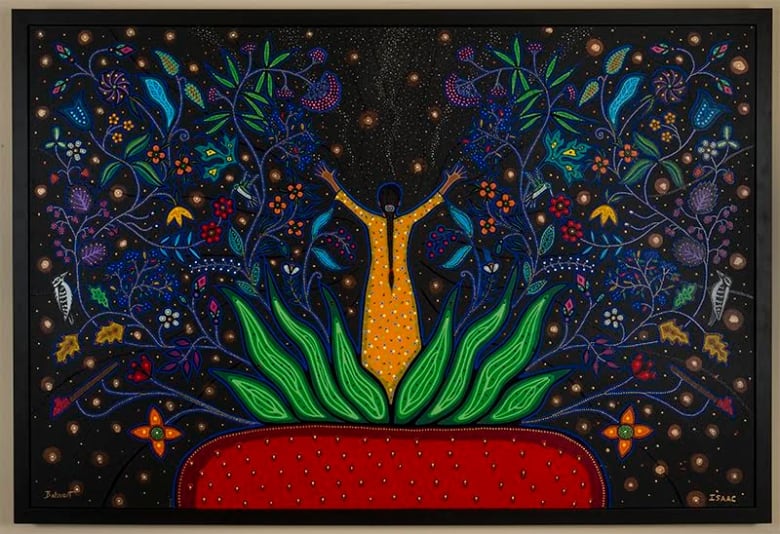 Belcourt, a celebrated Métis artist known for her images painted with dots to resemble traditional beadwork, was recently in Thunder Bay for the opening reception of her mid-career retrospective exhibit, Uprising: The Power of Mother Earth. 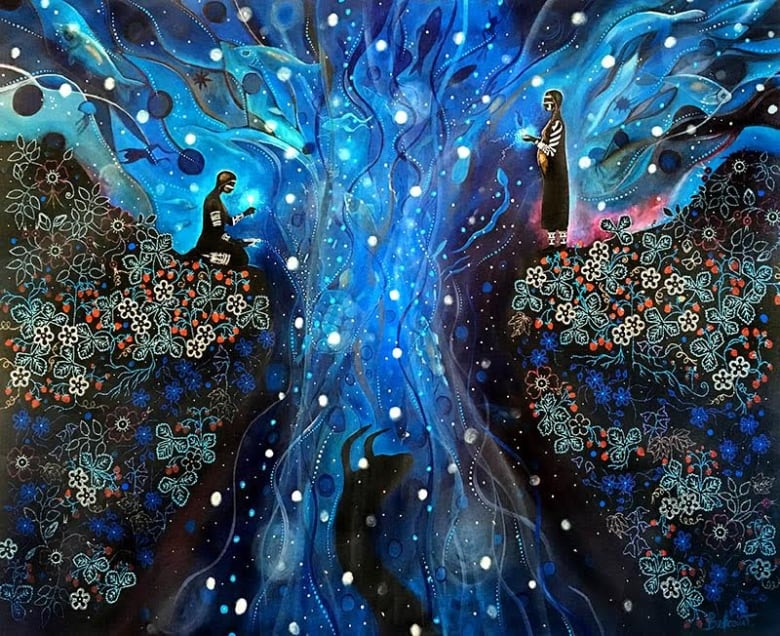 Christi Belcourt, Offerings to Save the World, 2017, acrylic on canvas, 149 x 194 cm, Collection of the Artist. Water protection is a major focus for Belcourt and Murdoch in their art and activism. (Thunder Bay Art Gallery)
Together, the two artists hope to inspire people to take action to protect the environment, said Murdoch, referring to concerns about things like climate change and water pollution.

An 'uprising for the earth'

"My hope is that this beautiful gallery will inspire people to ... make change for the future," said Murdoch.

"Every discipline of science all over the world is saying the same thing, we are in a massive crisis," he said. "If there was ever a time when we needed an uprising for the earth it would be right now. So this is what this is all about."

Belcourt and Murdoch, who have collaborated on art intended expressly for use by activists, as well as culture camps for youth, also recently held a community event in Thunder Bay, where they invited people to join them to create banners calling for water protection.

"The things that we enjoy the most is working with community, and having people come out and participate in creating art to try and save the world," said Belcourt. 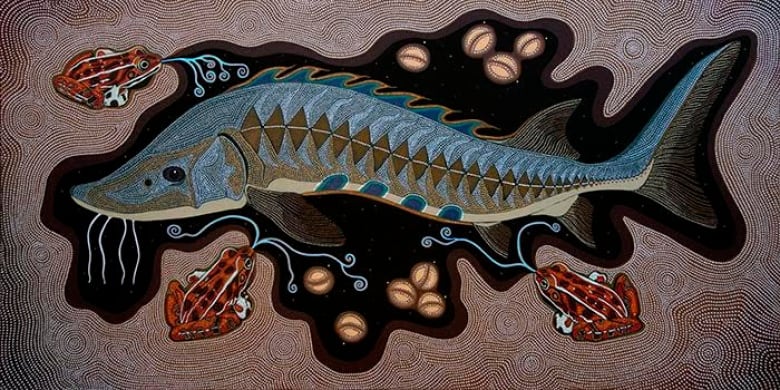 Christi Belcourt, What the Sturgeon Told Me, 2007, acrylic on canvas, 61 x 122 cm, Collection of the Artist. (Thunder Bay Art Gallery)

The exhibit is showing at the Thunder Bay Art Gallery until Nov. 25. It will then tour to galleries in Ottawa, Joliette, Que., Regina and Winnipeg. 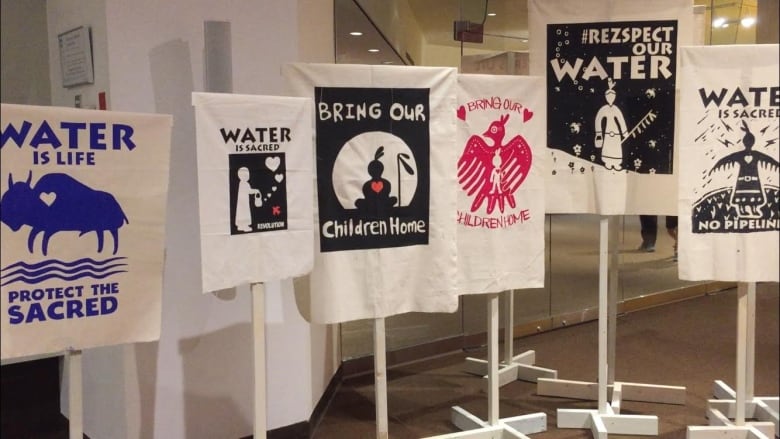 Banners created by Isaac Murdoch and Christi Belcourt. 'Isaac's art is pure. It feels like it's ancient ... because it's reminiscent of rock paintings,' said Belcourt. 'It's very deeply connected to the earth and to all of the teachings ... about how to live on earth.' Photo: Amy Hadley/CBC

To listen to an interview with the artists, follow this link to the CBC News Radio website.