The City of Thunder Bay, Ont., has announced the entertainment lineup for this year's upcoming Canada Day festivities at Marina Park.

Headlining the main stage this year is Thunder Bay's The Honest Heart Collective. Other artists include the Martin Blanchet Jazz Quintet and Megan Nadin. The city has also included several new events this year.

"We have a strongman competition," said Ash Young, the cultural development and events supervisor for the city.

Men and women will be able to compete, he added, and the event will include disciplines like the axle clean and press up to 350 pounds (roughly 155 kilograms), maximum deadlift, as well as yoke, tire flip and sled drag, according to a written release from the city.

"We're excited to have it. Hopefully, it goes over really well and we can have it annually," Young said. 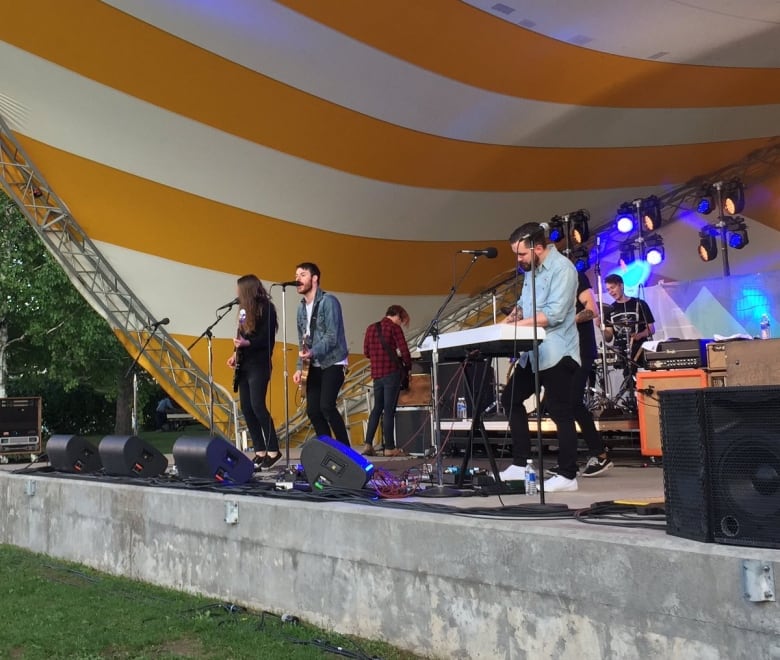 The Honest Heart Collective will be headlining the Canada Day festivities in Thunder Bay. (Amy Hadley/CBC)

A new fireworks company — Dreamcatcher fireworks — will be putting on the display this year.

Award-winning magician, Rob Testa is another new feature this year on the main stage.

Young said that the high quality of the Canada Day celebrations is what routinely draws thousands of people to attend.

Activities like face painting, crafts, balloon animals, inflatable bounce houses and a gymnastics try-it zone will be among some of the activities for children. Food vendors will also be on site.