Mirrored off-grid prefab can be a tiny home, office, or sauna There’s something undeniably cool about a mirror-covered building reflecting back the landscape—which is probably the main reason the architects at Coulson created this ultra-green, micro-prefab to have one-way mirrored walls and a glass ceiling. The minimalist Disappear Retreat is an 83-square-foot dwelling conceived to contain everything you’d need to survive the elements and appreciate the nature around you. 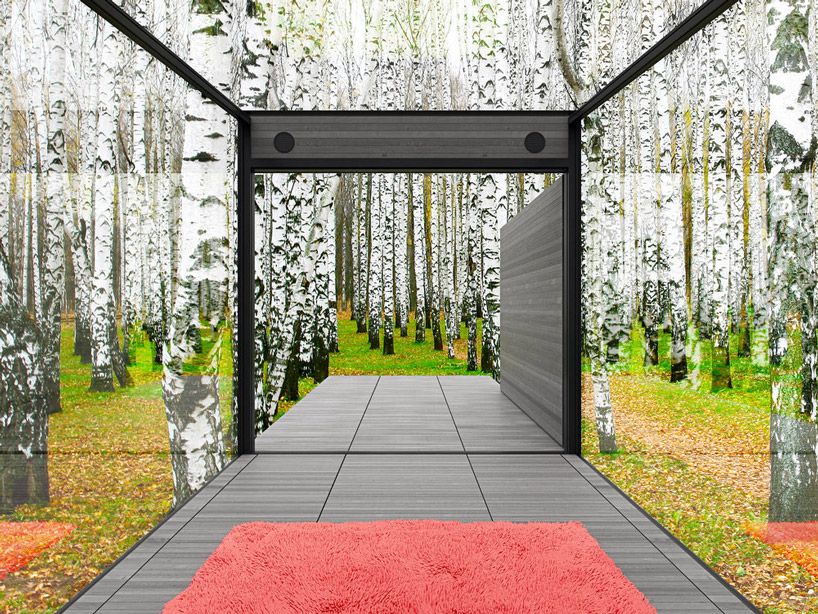 According to the architects, the home will be zero energy, zero waste, and zero water. It generates electricity through a thin-film photovoltaic—which looks like decorative black squares—integrated into the south side of the facade, storing power in emergency batteries. Remarkably insulated, the home’s design requires no active heating or cooling system, and would meet the Passive House standard. 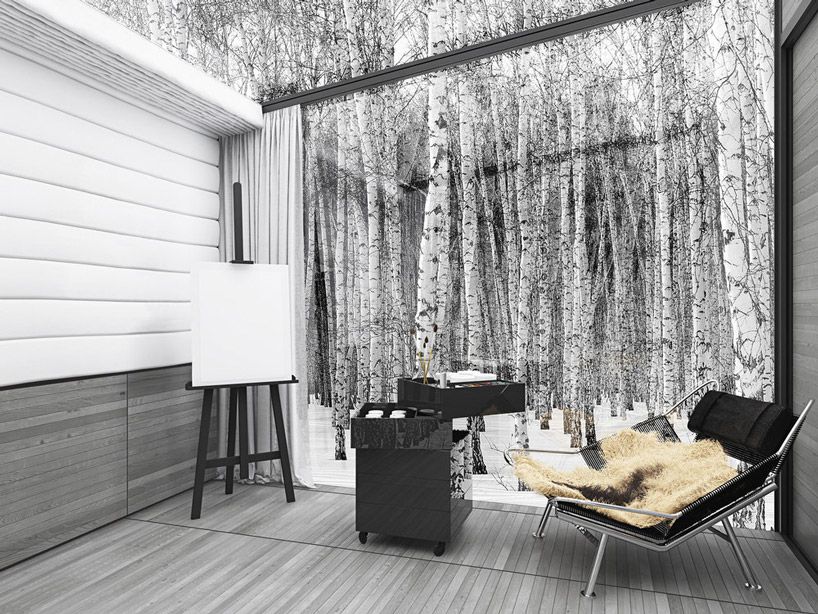 It’s also pre-built in a factory using triple-insulated glass (given a slight UV film so that it’s visible to birds) as well as non-glass elements for the roof and vacuum insulated panels (VIPs) for the walls.T he Disappearing Retreat will be available in three models: one with a sofabed, bathroom, and kitchenette; one with just open space; and one outfitted as a sauna. 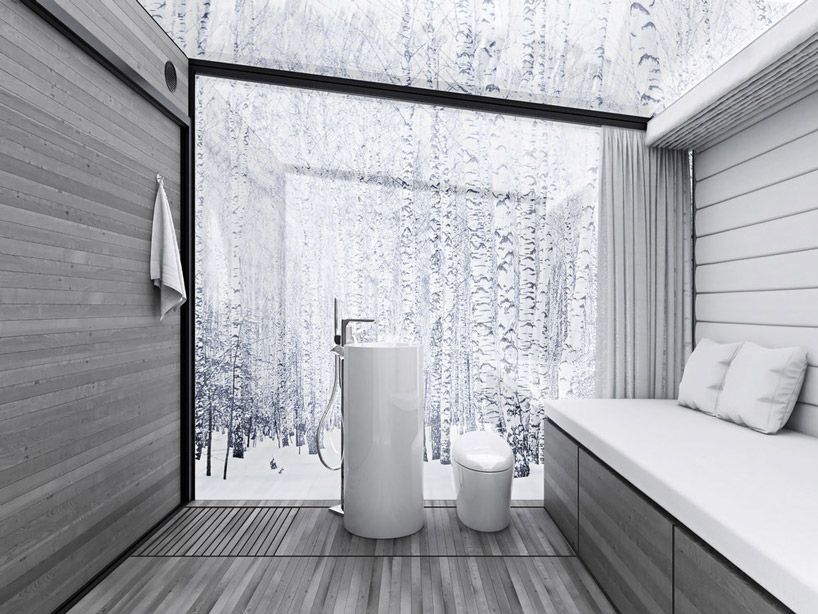 Coulson is using the first prototype models to build a Retreat Center near Grand Marais, Minnesota—and construction is already underway, with the homes slated to go on sale in 2019. 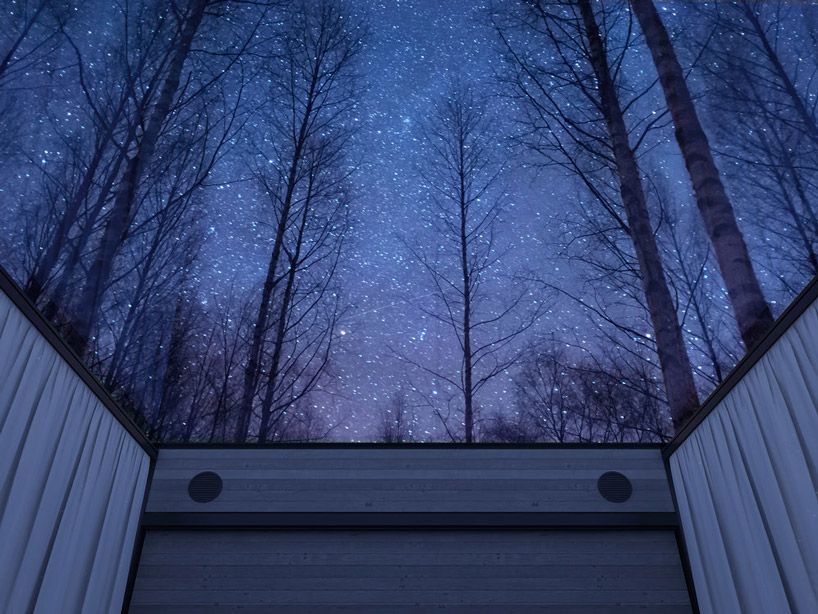 “The spark for the design came under the night sky viewing a psychedelic show of northern lights and imagining a small, self-sufficient retreat with a glass roof where the universe overhead and surrounding ecosystems press close, where one feels connected to the planet and can sleep under the dazzling stars and dream with eyes open,” write the designers. 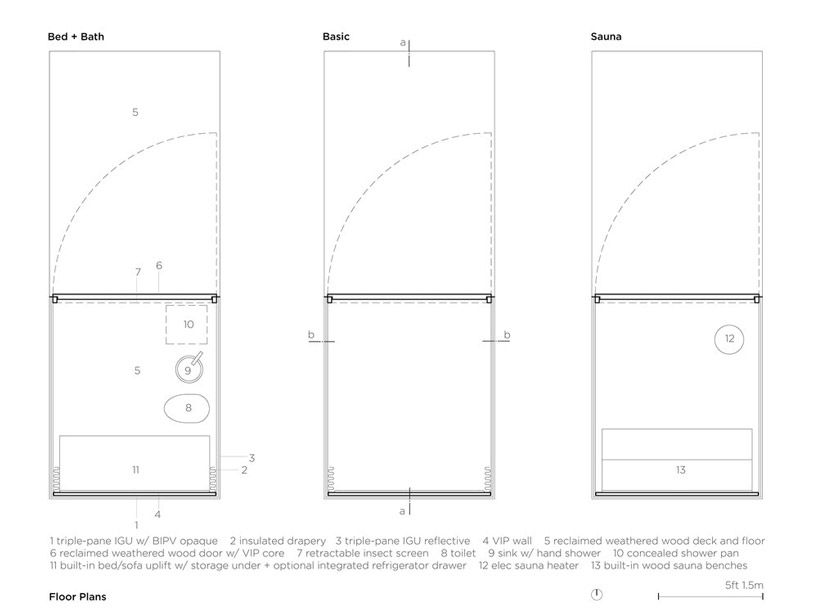