MPR suggests Twin Citizens get out of town for Super Bowl. In case you hadn't heard, there's a big event Sunday involving overgrown men in tights throwing around an oblong ball made of pigskin inside a giant spaceship-shaped stadium in Minneapolis.

The Super Bowl is expected to lure up to 150,000 visitors to the region for the game and the myriad other related goings-on, from a stellar line-up of free concerts to a whole lot of "I-would-love-to see-that band-but-I'd-never-pay-that-much-money" concerts.

But if you don't care about football, and don't want to fork over $300 to see J-Lo, pay $65 to park or otherwise deal with out-of-towners complaining about the coldor making fun of how we talk, consider ditching the city and knocking some things off your Minnesota bucket list.

1) Embrace the cold at an outdoor festival 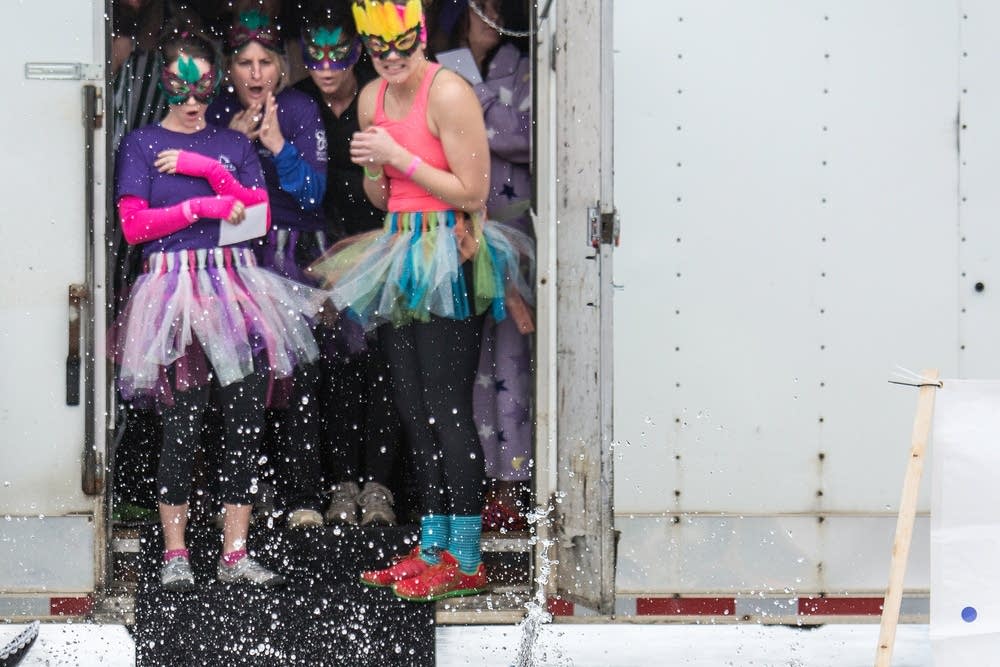 Those next in line watch as others take BRRRmidji Plunge into Lake Bemidji during the city's Winterfest in 2016. The annual event is on hiatus in 2018, but organizers say it'll be back next year. Monika Lawrence for MPR News | File 2016

Yeah, it's freezing outside (find your weather forecast here). But it's a long time until spring, so you might as well try to enjoy it.

In that spirit, Duluth has launched a new festival, Cold Front February, to celebrate all things winter.

Kicking off this week in the city's Canal Park tourist district, there's an ice skating track along the lakefront, a snow play hill, curling, a snow sculpture contest, fat biking demonstrations, and even yoga in the snow (yes, that's called SNOGA).

Meanwhile, Rochester is hosting its 16th annual WinterFest Celebration. On the schedule this weekend is an ice fishing contest, frozen turkey bowling, an outdoor volleyball tournament, sleigh rides and a 10- and 5K Frozen Goose run and walk. 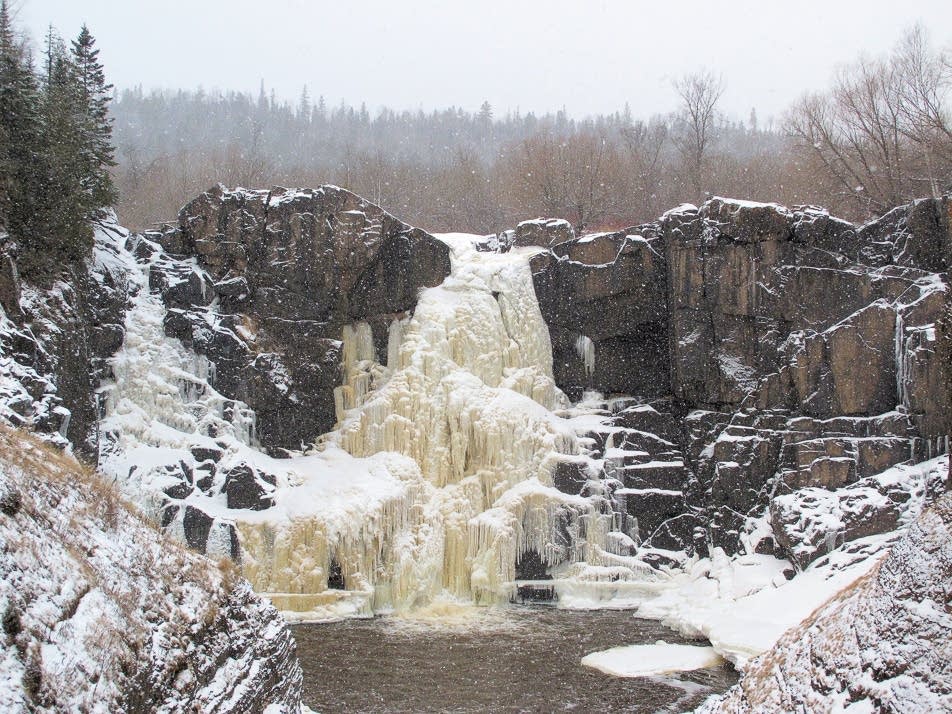 I know. Telling Minnesotans to go to the North Shore is like telling someone in Phoenix they should check out the Grand Canyon.

Still, the always stunning drive along Lake Superior's rocky shore offers a very different perspective in winter — with a fraction of the crowds.

The combination of intense cold, wind and the giant lake's monster waves can create surreal ice formations. The waterfalls are breathtaking in the summer, but are transformed into a frozen wonderland in winter. (Find a list of waterfalls across the state here and here.) 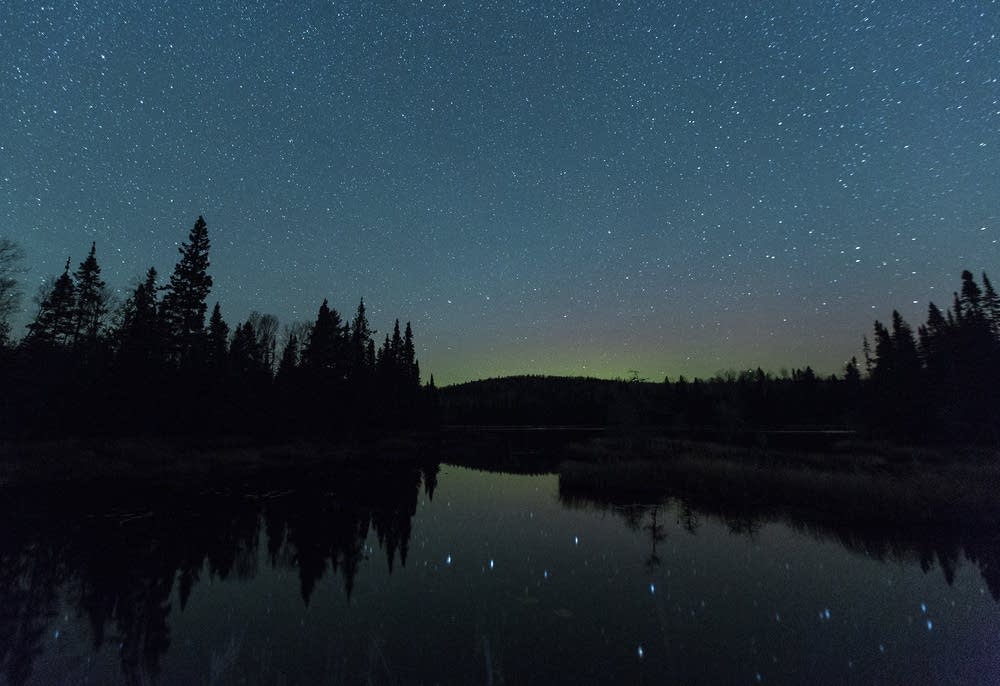 The big dipper is reflected on a small lake while the northern lights make a quiet appearance in October 2014 north of Grand Marais, Minn. Derek Montgomery for MPR News | File 2014

You don't even need a specific destination. Just choose a highway, and point your car away from downtown Minneapolis or St. Paul. When you no longer see the glow of the cities in your rear-view mirror, stop! Get out. And look up!

An estimated 80 percent of Americans can't see the Milky Way from the place where they live. Use this new atlas of light pollution to find a driveable spot where the stars will be more visible than they are from your backyard.

And if you want a shot of seeing the Northern Lights, unsurprisingly, you'll need to drive north. Check out the Great Lakes Aurora Hunters' Facebook page to see if any light shows are in the forecast.

If you're lucky, one of them might even let you tag along! 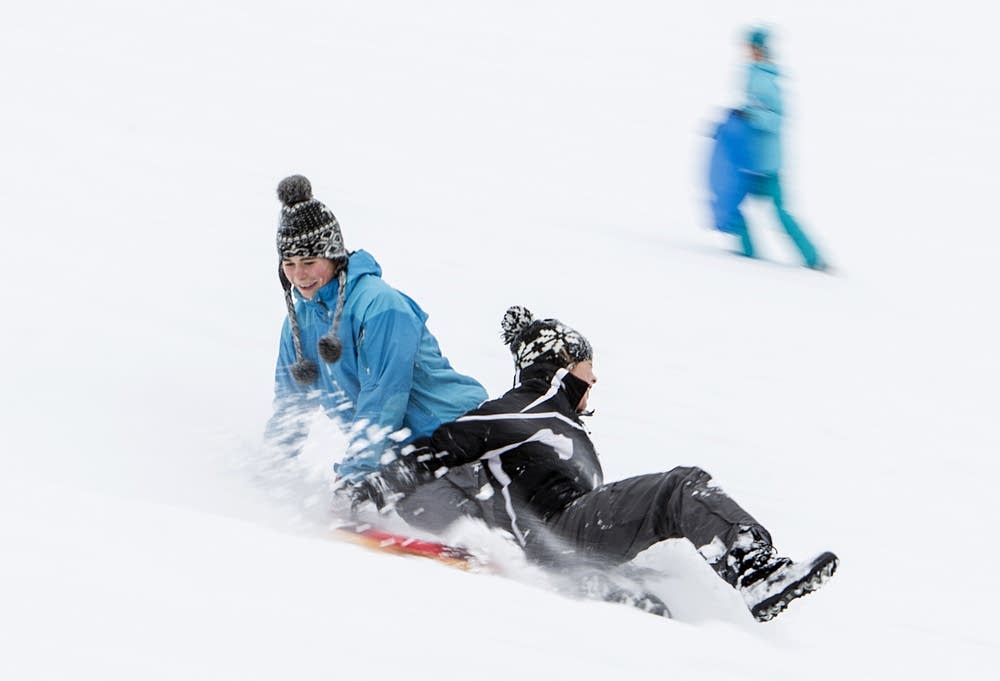 Sure, you don't have to leave the metro to slide down an icy slope at breakneck speed only inches from the ground.

But it'd be a lot more fun in Palo, Minn. — that's near the town of Aurora, on the Iron Range — at the 81st annual Laskiainen — that's lesk-ee-INE-en Finnish Sliding Festival.

It's based on an old Finnish midwinter tradition celebrating the slowly lengthening days. And whoever slides the farthest, apparently, will reap the best harvest in the coming year.

5) Get a kick out of some kitsch 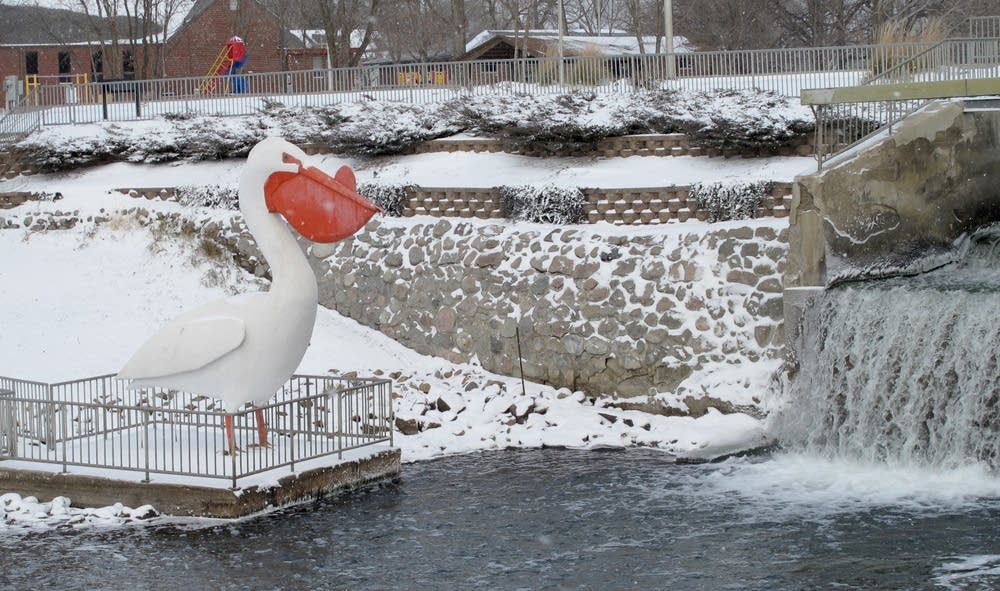 Pelican Rapids claims that Pelican Pete, which stands at the foot of the town's Mill Pond Dam, is largest in the world. The 15-1/2 foot sculpture was built in 1957. Meg Martin | MPR News file 2013

Boy, do we Minnesotans love our roadside attractions.

Any Minnesotan worth her salt must at some point lay eyes upon the 18-foot tall statue of Paul Bunyan and Babe the Blue Ox in Bemidji. There's also one in Brainerd, and another in Akeley. And don't forget Lucette, Paul's sweetheart, in Hackensack (measuring in at a cool 17 feet tall).

Also don't forget the Jolly Green Giant in Blue Earth (at 55 feet, "giant" is no hyperbole), Big Ole the giant Viking in Alexandria, and many different iterations of big fish (a 65-foot-long muskie in Bena, giant walleye at lakes Kabetogama and Mille Lacs, a tiger muskie in Nevis and Lou T. Fisk in Madison, Minn., the self-proclaimed lutefisk capital of America).

With its dozens of bird species, the Sax-Zim Bog attracts birders from all over the world. Many visit to check birds off their lists and the bog is uniquely positioned for these people since it attracts many hard-to-find species in a small area. Derek Montgomery for MPR News | File 2017

Luckily, you don't have to tromp through the woods in sub-zero temperatures to get up close with some of the state's most iconic wild creatures (though you couldtromp — or drive — through the woods if you want a chance to see a moose).

In Ely, see a live wolf exhibit at the International Wolf Center. Get up close with bald and golden eagles at the National Eagle Center in Wabasha.

Birders from around the world flock (sorry) to the Sax-Zim Bog north of Duluth to see great gray owls and other birds of the north. And both Blue Mounds and Minneopa state parks are home to bison herds, with observation areas.

7) Mosey around a museum 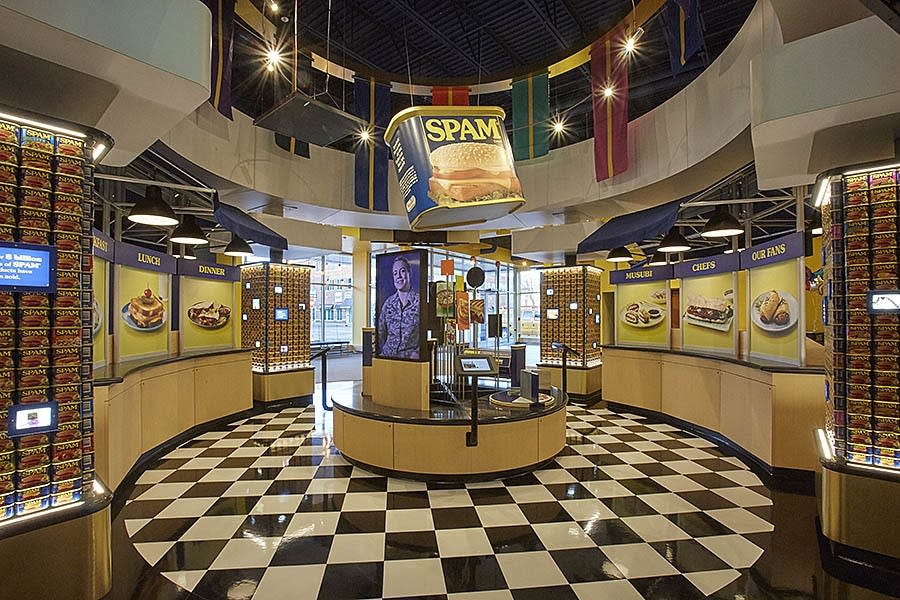 Sure, Minneapolis boasts the Walker<,/a> and MIA. And in St. Paul there's the science museum, the children's museum and the history center. But now's the perfect time to discover some hidden gems in greater Minnesota.

The Minnesota Marine Art Museum in Winona features more than 1,000 pieces of art from Picasso, Van Gogh, Monet, O'Keeffe and many more. In Winona!

Celebrate the original Vikings at the Hjemkomst Center in Moorhead. It features a Viking ship built in Minnesota that sailed to Norway.

In the spirit of honoring anything Made in Minnesota, don't forget the Spam Museum in Austin. And don't miss the giant leather boot inside the Red Wing Shoe Store & Museum in Red Wing, the Judy Garland Museum in Grand Rapids and the Charles Lindbergh House and Museum in Little Falls.

Otter Tail County is throwing what's it's billing as the world's largest tailgate party on ice.

Held on the frozen surface of Otter Tail Lake, it will feature an 18-hole ice golf tournament, a polar plunge, live music, a big screen playing the big game, and yes, adult beverages.

What if the temperatures are too cold? "We're Minnesotans," organizers say. "So hopefully that isn't an issue."